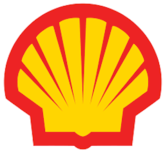 Shell began its downstream marketing operations in Oman in 1958 when the Shell Company of South Eastern Arabia - the forerunner of Shell Markets (Middle East) Limited – obtained trading rights from the Late Sultan Said bin Taimur. The fuel was initially imported on trading dhows, the drums were tied with a rope and floated ashore and then hand-rolled inland. All trading was carried out through a local agent.

When in 1958 Shell obtained a contract from PDO to supply fuel it was decided to build a depot at Saih al Mailah Bay (now known as Mina al Fahal). The department had two bulk tanks for motor gasoline and Gasol, a two paint bulk filling gantry, a go-down for lubricants, a drum filling gantry, a small depot office and a house.

Creating an inclusive culture built around diversity and local talent, Oman Shell has welcomed Malak Al Shaibani to its leadership team as Country External Relations Manager. With more than three decades of experience, she will put forward her vast expertise and passion to help steer the company on its journey of supporting the Sultanate’s energy sector. In her new role, Malak will oversee the existing external relations, social investment teams. As a marketing, business development, human resources and entrepreneurship seasoned professional, Malak held key leadership positions across the public and ...
Read more