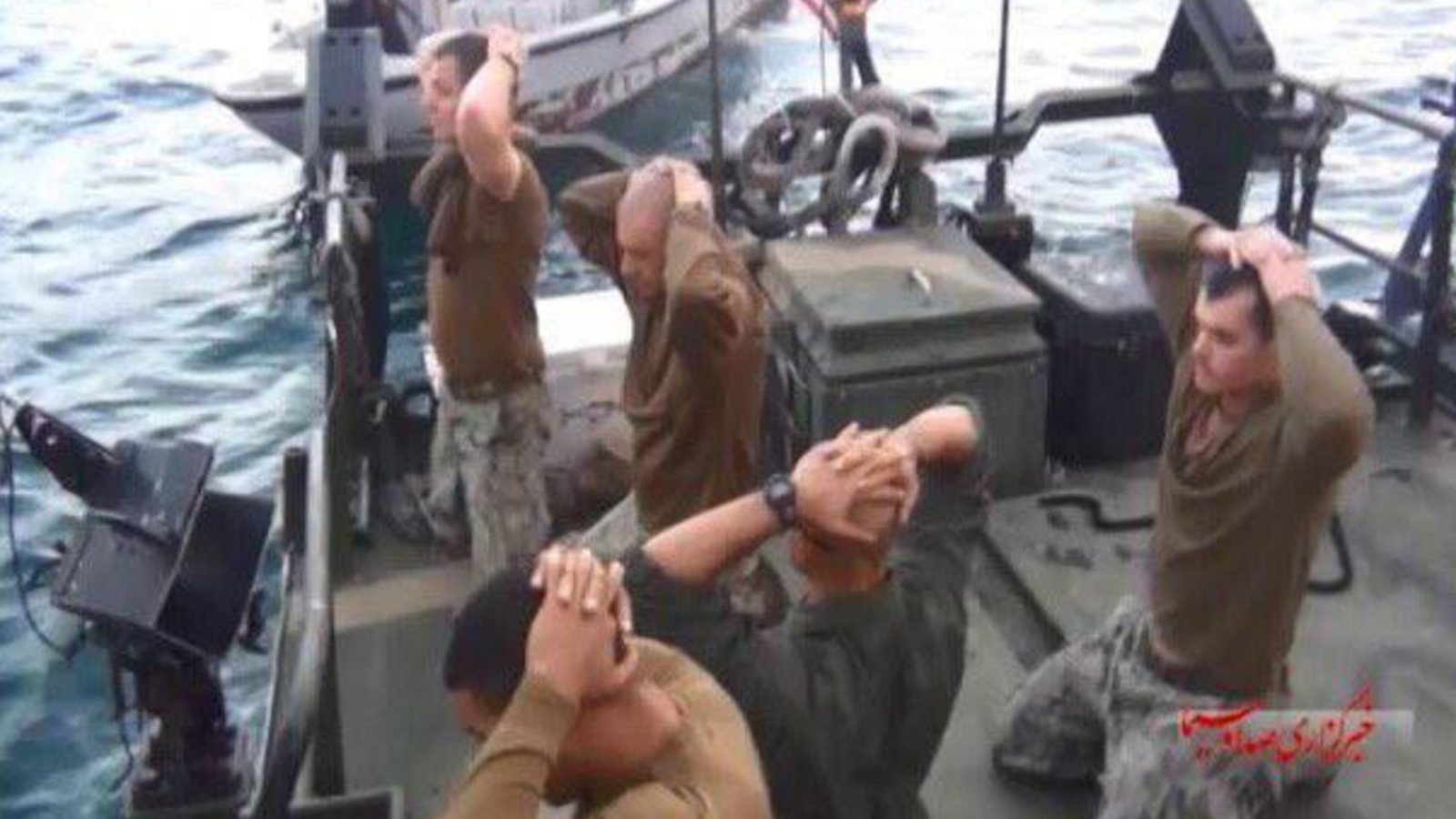 Twitter users in the Arab world are intermittently hailing Iranian power and suspecting a pre-planned collaboration with the US. (Twitter)

Iran's brief arrest of a group of US sailors this week has caused controversy across the board in the US, with Republican candidates reveling in the opportunity to slam US President Barack Obama's foreign policy.

But things were also heating up in the Arab world. Arabic Twitter on Thursday was aflutter with responses of the incident. Increased awareness of Iran's actions has followed the recent Iranian and Shia row over Saudi's execution of Shia cleric Nimr al-Nimr, a tension spurred on further by this confrontation.

Ten US Navy personnel were detained by authorities after one of their boats floated into Iranian waters following mechanical issues aboard. Footage surfaced showing the sailors kneeling with their hands behind their backs and apoligizing for the mistake. They were quickly released, but not before a host of opinions about the incident sprang up online across the region.

Two prominent ideas have come up so far.

Some, particularly Shia voices, see the move as a power play by Iran. They cite the footage of the soldiers kneeling down before authorities as a sign of Iranian might in a region of countries not generally seen in such confrontations with the US military.

What I can see is American soldiers humiliated and arrested by the Islamic Iranian Guards, I don’t know why people of Gulf are upset about.

Let us wait and see the U.S response on that.

I’ve I've never seen such humiliation for the U.S army. This is just a big defeat for them.

Others saw the move as a grandstand by Iran, suggesting it was a veiled message to Arabs, paricularly in light of the am-Nimr controversy, or even that the footage was entirely fabricated.

This obviously is a new set up after the raid on the Saudi embassy in Iran so people will be more compassionate with Iran and forget what have they done.

A new set up, American soldiers arrested by Iran.

How can we confirm that those are American soldiers, I think this is a message from Iran to Arabs and Americans have nothing to do in it.