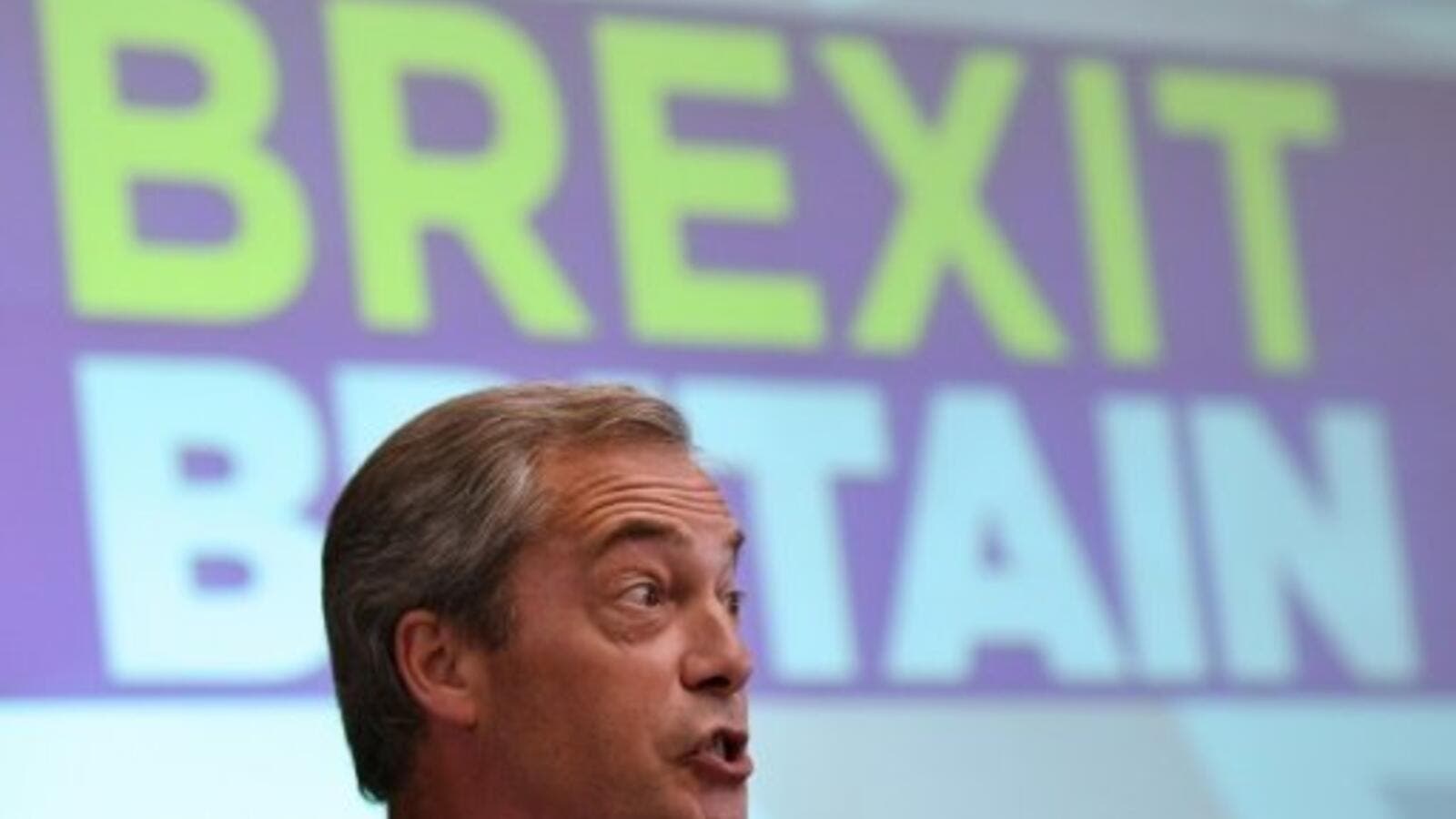 Leader of the Euroskeptic UK Independence Party (UKIP) Nigel Farage announced he would step down as party leader Monday. The champion of the Brexit vote-which saw the UK vote to leave the EU-says he “wants his life back” and feels the party is well set for the future. Always a controversial speaker, The Loop presents Farage’s most eye-opening comments on the Middle East.

Although labelled a racist by some, Farage has issued scathing critiques of former prime minister Tony Blair’s to join the US invasion of Iraq, saying that this decision caused tremendous hardships for local Iraqis. “Nobody should forget that the most devastating direct consequences of the wars in Iraq and Afghanistan have not been suffered by the likes of Mr Blair, but by the civilian populations of these countries and of course by our own brave service personnel,” said Farage in a statement on UKIP’s website.

Farage is known for blaming the EU for hurting the British economy, but he’s also blamed the supranational organization for problems as far away as Libya. In April 2015, Farage blamed the migrant death crisis in the Mediterranean on EU leaders and his own prime minister David Cameron. “It was the European response that caused this problem in the first place. The fanaticism of Sarkozy and Cameron to bomb Libya. They have completely destabilized Libya, to turn it into a country with much savagery, to turn it into a place where for Christians the place is now virtually impossible,” said Farage to the BBC.

Farage has arguably shown more friendship towards Russia than the EU, and in November 2015, suggested working more closely with Russia and its president Vladimir Putin on Syria. “The European Union, and the West, view Putin as the devil. They want to view Putin as the devil. I’m not saying I want take him around for tea and meet mum on Sunday afternoon … But the point is, on this bigger overall battle we need to start recognizing we’re on the same side,” he said to LBC Radio.

It wasn’t his only controversial opinion on Syria. In 2013, Farage called some members of the EU parliament “extreme militarists,” alleging they supported intervention in Syria. And when former prime minister of Belgium Herman van Rompuy interrupted him during that session, he said “why don’t you shut up and listen for a change?” on the parliament floor. “You must be--you really must be the vilest and rudest man in European politics! And you rant on, and the Chair lets you get away with it because you're the former Prime Minister of Belgium!” concluded Farage.

On Muslims in the UK itself, Farage once said that some British Muslims have “conflicted” loyalties to the UK. “According to research it is clear that the UK Muslim population are conflicted in their loyalties between loyalty to the UK, its way of life and its institutions and what elements within their organised faith are telling them,” he said following the November 2015 Paris attacks.

It was thus perhaps surprising when Farage criticized US presidential candidate’s call to temporarily ban foreign Muslims from entering the US, saying the businessman “went too far” and made a “somewhat knee-jerk reaction,” to the Paris attacks.  "I think Trump was wrong to go as far as he did, but the basic point that we in the West should not be importing terrorism is the right one,” Farage told CNBC.