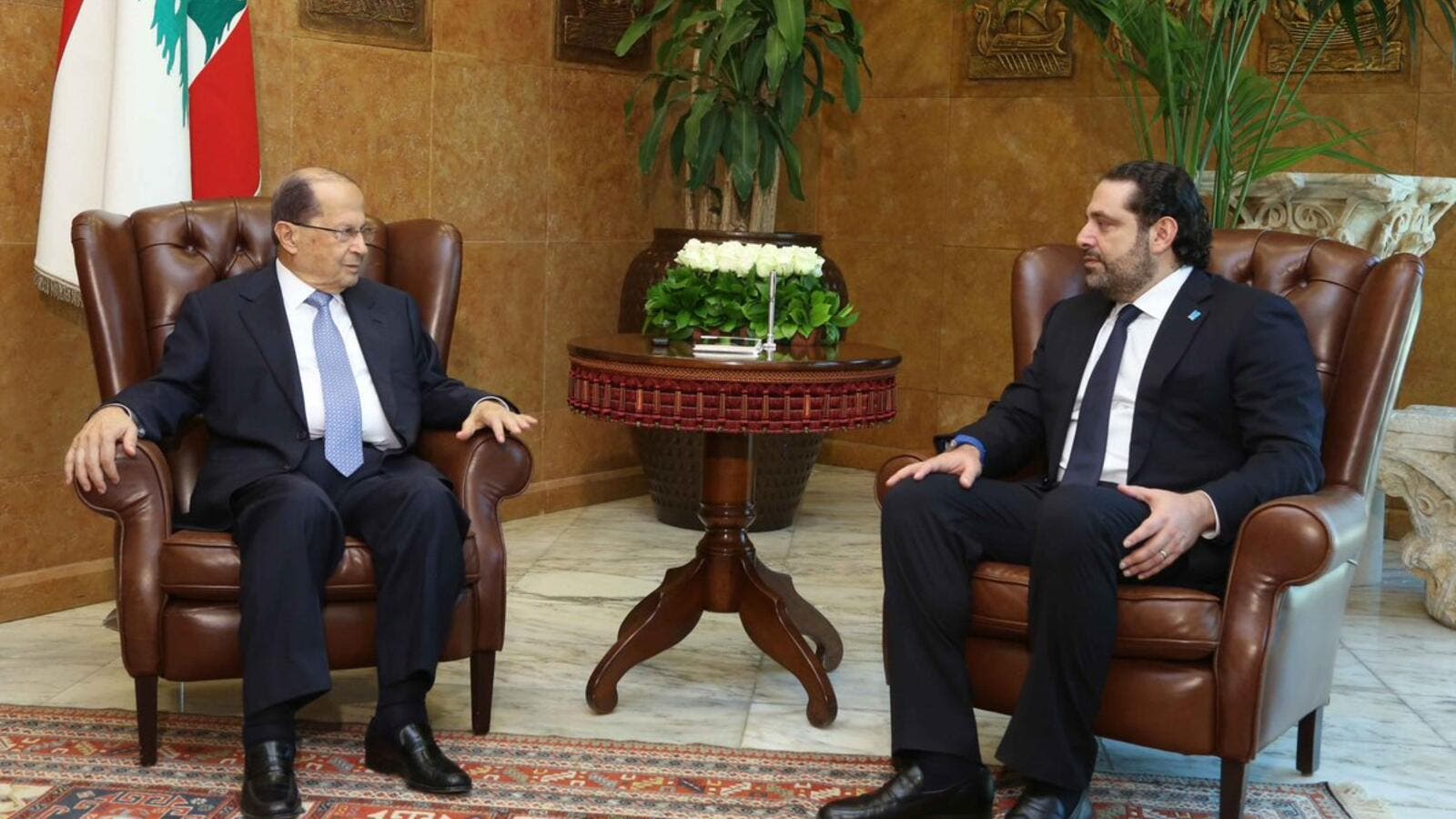 President Michel Aoun and Prime Minister-designate Saad Hariri have agreed to step up efforts to overcome obstacles hindering the formation of a new government, official sources said Sunday, as the Cabinet standoff entered its second month with no solution in sight.

Hariri met Sunday night with caretaker Foreign Minister Gebran Bassil, the leader of the Free Patriotic Movement, discussing with him the Cabinet impasse, particularly the struggle between the FPM and the Lebanese Forces over Christian representation, a political source said.

A statement released by Hariri’s media office said the talks focused on the “latest political developments, especially those related to the issue of forming a new government.” It added discussions continued over a dinner hosted by Hariri for Bassil.

Bassil did not speak to reporters before or after the meeting held at Hariri’s Downtown Beirut residence.

LF chief Samir Geagea is expected to visit the presidential palace shortly for talks with Aoun on the LF representation in the new government, a Baabda Palace source told The Daily Star.

The FPM-affiliated OTV station also said the Aoun-Geagea meeting was expected to be held Monday.

Since he was reappointed for the premiership for the third time with an overwhelming parliamentary majority on May 24, Hariri’s attempts to form a 30-member national unity government embracing all of the main political parties have been bogged down by sharp differences over the representation firstly of the Lebanese Forces and also of the Druze sect.

A third hurdle blocking the Cabinet formation is a demand by Sunni lawmakers not affiliated with Hariri’s Future Movement to be represented in the new government with two ministers amid rejection by the prime minister-designate.

Cabinet formation efforts are likely to be delayed further with the

absence of Hariri, who is set to leave Beirut on a vacation with his family this week.“President Aoun and Prime Minister Hariri have agreed to make separate contacts to resolve problems hindering the Cabinet formation,” the Baabda Palace source said. “There are three obstacles facing the government formation: The representation of the Lebanese Forces, the Druze sect and independent Sunni lawmakers.”

Hariri met with Aoun at Baabda Palace last Thursday, defusing tensions between them over the LF representation in the new government. The meeting followed a reported rift between the two leaders over the prerogatives concerning the Cabinet formation.

In an unprecedented strong statement released by his media office last week, Aoun toughened his position on the LF’s demand for key ministerial posts in the new government, by declaring it is his constitutional right to choose the deputy prime minister and some other ministers in order to monitor the Cabinet’s performance. The statement was also perceived to be a message to Hariri, who supposedly supported the LF’s push for wide representation in Cabinet.

In a show of solidarity with Hariri days after Aoun’s statement, three former prime ministers threw their weight behind Hariri and called for greater cooperation with him to speed up the government formation.

Former premiers Najib Mikati, Fouad Siniora and Tammam Salam met Hariri at his residence Saturday to discuss obstacles facing the Cabinet formation. The meeting also came a day after Hezbollah leader Sayyed Hasan Nasrallah urged Hariri to adopt a unified standard based on the results of the May 6 parliamentary elections in the formation of a new government.

“The meeting reviewed the political situation in Lebanon and the region. Talks, characterized by a cordial atmosphere, focused on the issue of the formation of a new government,” a statement from Hariri’s media office said.

“Viewpoints were identical on various issues. The participants underlined the importance of cooperating with Prime Minister-designate Saad Hariri and showing solidarity to support him in his mission to form the next government and the responsibilities that follow the formation,” the statement added.

Emboldened by the results of the elections in which it boosted its parliamentary representation from eight to 15 MPs, the LF was reported to be lobbying for five ministerial portfolios, including the coveted position of the deputy prime minister.

“President Aoun insists on the position of the deputy prime minister. He had given it to the Lebanese Forces in the past in order to bolster inter-Christian reconciliation,” OTV said Sunday night.

But LF MP George Adwan, speaking in an interview with Al-Jadeed TV, said the 2016 Maarab Understanding signed by Aoun and Geagea provided that during the president’s six-year tenure the LF’s Cabinet share should be the same as that of the FPM.

Similarly, Walid Joumblatt, the leader of the Progressive Socialist Party, has insisted the PSP’s parliamentary Democratic Gathering bloc be allocated the three ministerial posts reserved for the Druze sect in a 30-member Cabinet.

The PSP’s media office issued a statement Saturday confirming remarks published by Ad-Diyar newspaper in which Joumblatt was quoted as saying he would not back off from representing his bloc with three Druze ministers.