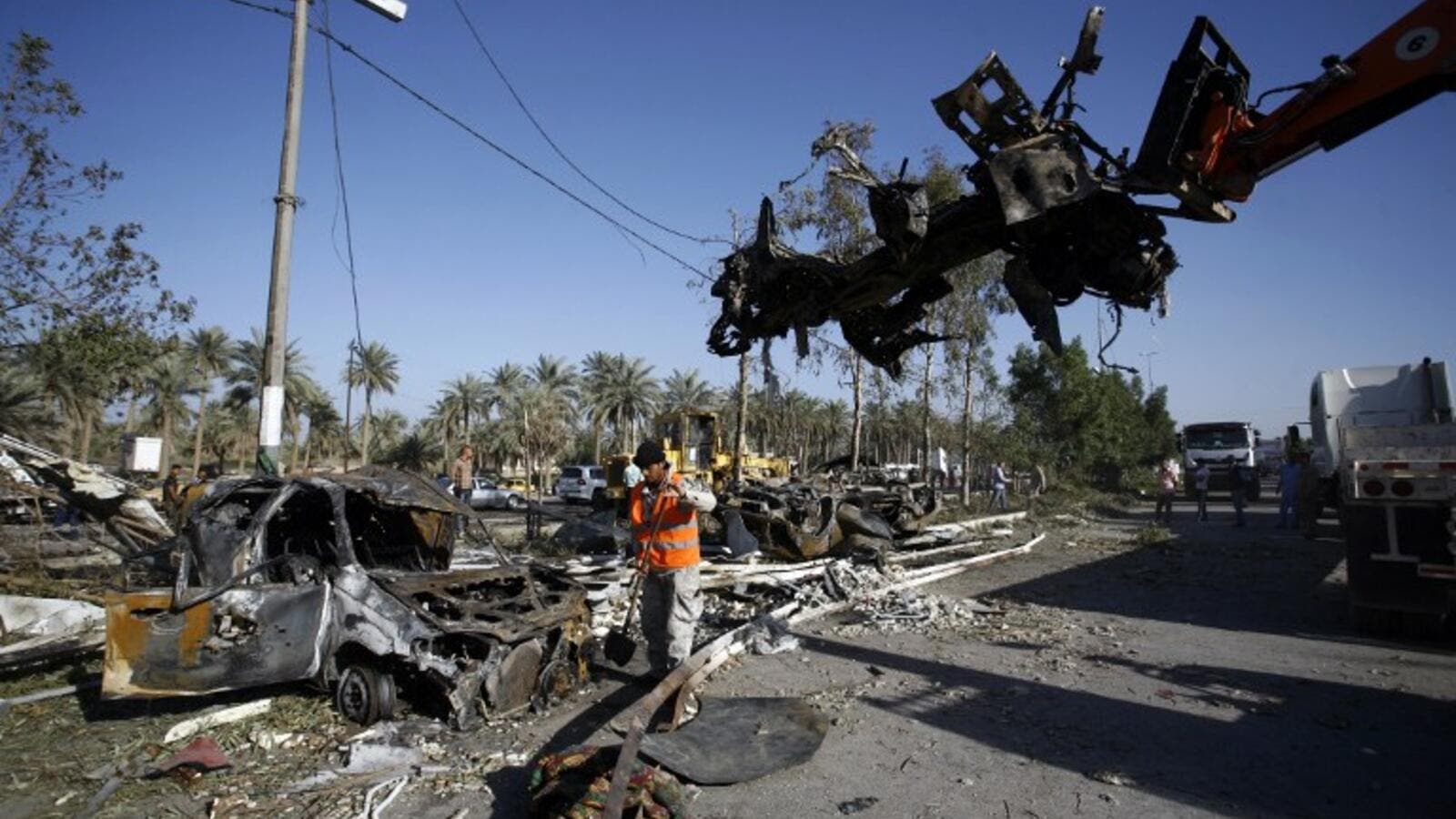 Iraqi emergency responders clear debris from the site of a truck bomb, that exploded at a crowded checkpoint, in the Iraqi city of Hilla, south of Baghdad on March 6, 2016. (AFP/Haidar Hamdani)

Iraqi security forces, backed by army units, have liberated a region in the embattled western Iraqi province of Anbar from Daesh militants.

Government forces retook the Zankourah district on Tuesday without facing any resistance, an official told the al-Sumaria television.

Hussein Kassar, head of the Security Committee in the al-Wafa area of Anbar, said militants fled to the nearby city of Hit about 140 km (85 miles) west of the capital Baghdad.

Elsewhere in the city of Fallujah, Daesh reportedly killed at least 50 members of the Muhamedah tribe, triggering fierce clashes that are still going on.

At least five people lost their lives and more than a dozen others sustained injuries in a spate of bomb and militant attacks in and around Baghdad.

A soldier was killed and five others were injured when a roadside bomb targeted a patrol in the town of Tarmiyah about 50 km (30 miles) north of Baghdad.

Two civilians also died and seven others were injured when an improvised explosive device went off near an outdoor market in the al-Bakriyah neighborhood of western Baghdad.

Additionally, two civilians lost their lives and four others suffered injuries when three rockets fired by the militant group slammed into a school in Baghdad’s northern neighborhood of Rashidiya.

The northern and western parts of Iraq have been plagued by violence ever since Daesh began an offensive through the Iraqi territory in June 2014.

Iraqi army soldiers and fighters from Popular Mobilization units are seeking to win back militant-held regions in joint operations.