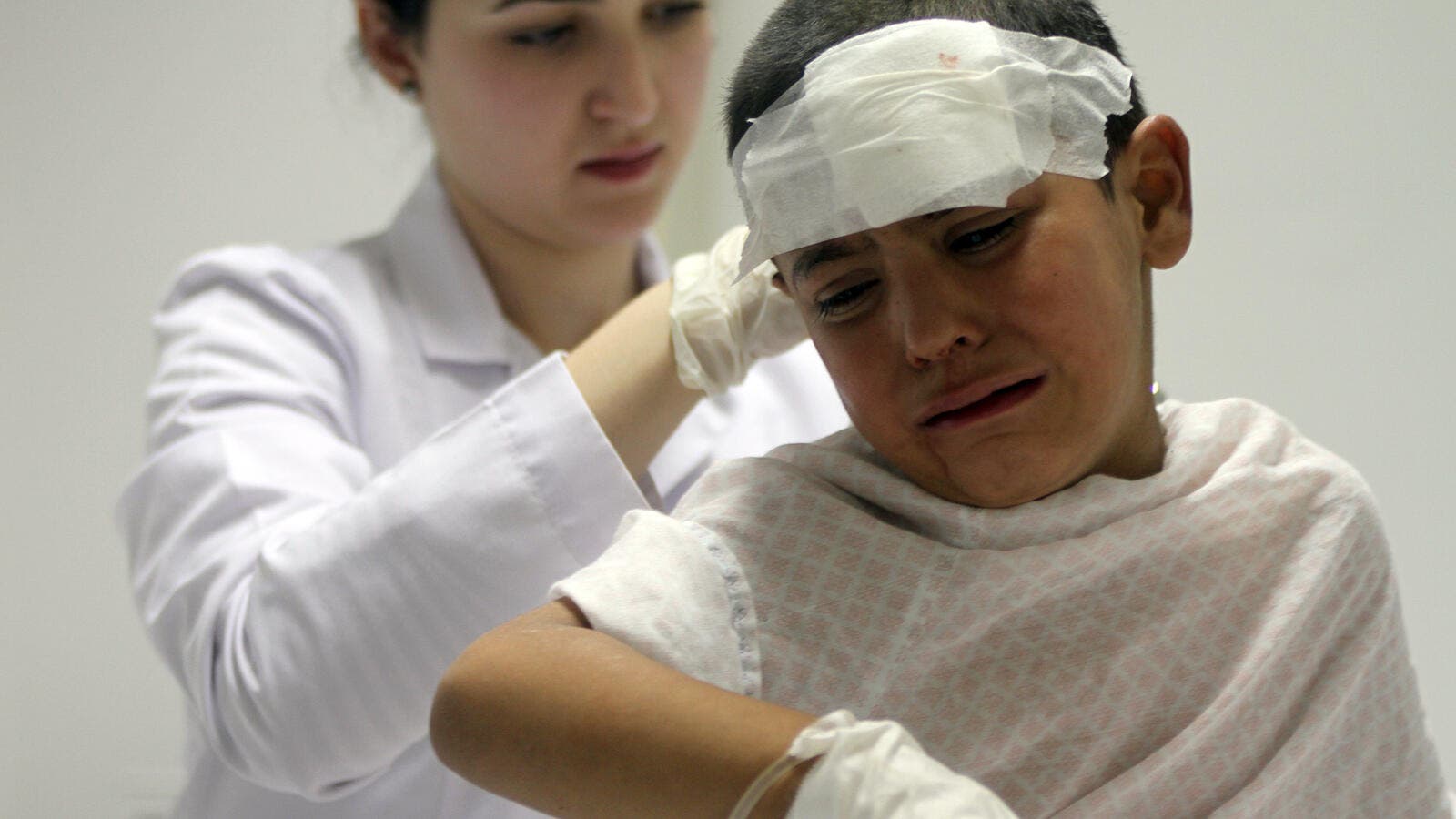 A nurse attends to a wounded boy in the eastern Lebanese city of Baalbek, near the Syrian border. Later reports suggested the boys injuries may have been caused by a Syrian airstrike by the Lebanese border (AFP/STR)

President Michel Suleiman has said that the army-people-resistance formula can no longer be used for the new cabinet's policy statement over Hizbullah's involvement in the war in Syria, al-Liwaa newspaper reported on Wednesday.

The daily quoted Suleiman as telling a delegation from the Beirut National Gathering that the resistance took a unilateral decision to fight in Syria without consulting with the army and the people.

Such a decision took the resistance out of its commitments to the people-army-resistance formula, he reportedly said.

According to al-Liwaa, the president hinted that he would sign a decree for the formation of a neutral cabinet if Premier-designate Tammam Salam comes up with such a lineup over the failure of the political parties to limit their conditions.

Salam has so far been unable to form his government over conditions and counter-conditions set by the March 8 and March 14 alliances.

But an official close to Suleiman told As Safir daily that the president continues to insist on Hizbullah's participation in the cabinet despite calls by March 14 officials to put the party aside over its fighting alongside troops loyal to Syrian President Bashar Assad.

“There is no hostility between the president and Hizbullah … nor between him and any other Lebanese party,” the official said.

He defended Suleiman's Army Day speech, saying the president differentiated between the resistance and terrorism.

“The speech did not target Hizbullah. All arms used in the fighting in Syria are illegitimate and all weapons used locally are also illegal,” the official said.

He stressed that only weapons targeted at Israel are considered legitimate as part of a national defense strategy.

Suleiman said in his Army Day speech last Thursday that “it has become urgent to approve a defense strategy after the resistance's arms went beyond Lebanon's borders.”

“Out of our differentiation between the resistance and terrorism, it is time for the state and the army to be the sole decision-makers on the use of force,” said Suleiman.