Published August 24th, 2021 - 12:15 GMT
Taliban fighters in a vehicle patrol the streets of Kabul on August 23, 2021 as in the capital, the Taliban have enforced some sense of calm in a city long marred by violent crime, with their armed forces patrolling the streets and manning checkpoints. (Photo by Wakil KOHSAR / AFP)
Highlights
Human Rights chief Michelle Bachelet urged UN to take 'vigorous action'

The UN is worried that the Taliban fighters are already carrying out severe rights abuses in Afghanistan including 'summary executions' of civilians, the recruitment of child soldiers and restrictions on the rights of females. 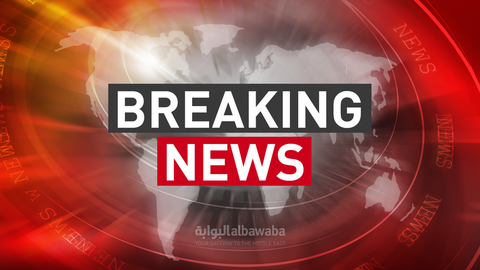 The High Commissioner for Human Rights Michelle Bachelet urged the Human Rights Council to take 'bold and vigorous action' after the Taliban's stunning takeover raised fears that they will return the country to the brutal rule they imposed when they were last in power.

_The last days in Kabul while we, four friends, Afghan women journalists were hiding ourselves in d house. we were deleting our posts & profiles & whatever we achieved over past two decades. Taliban fighters were outside & patrolling d area.
Feeling broken & traumatized.
Aug 18- pic.twitter.com/V2LqOsNsZe

Taliban leaders have promised to restore security and tried to project an image of moderation, but many Afghans are skeptical and are racing to the leave the country, leading to chaos at Kabul's international airport.

Amid scattered reports, it has been difficult to determine how widespread abuses might be and whether they reflect that Taliban leaders are saying one thing and doing another, or if fighters on the ground are taking matters into their own hands.

Leaders from the G7 nations plan to meet later Tuesday to discuss the burgeoning refugee crisis and the collapse of the Afghan government amid wrangling over whether the full US withdrawal of troops could be extended beyond the end of the month to allow more time to evacuate those desperate to leave.

US administration officials have refused to be pinned down about whether an extension is likely or even possible given that a Taliban spokesman has warned that August 31 is a 'red line' and that extending the American presence would 'provoke a reaction'.

On Tuesday, Bachelet called for strong action to investigate reports of rights abuses, as she sought to ensure that international attention on the country doesn't wane.

'At this critical moment, the people of Afghanistan look to the Human Rights Council to defend and protect their rights,' she said.

'I urge this council to take bold and vigorous action, commensurate with the gravity of this crisis, by establishing a dedicated mechanism to closely monitor the evolving human rights situation in Afghanistan.'

By 'mechanism,' Bachelet was referring to the possibility that the council might appoint a commission of inquiry, special rapporteur or fact-finding mission on the situation in Afghanistan.

Bachelet cited reports of 'summary executions' of civilians and former security forces who were no longer fighting, the recruitment of child soldiers, and restrictions on the rights of women to move around freely and of girls to go to school. She cited repression of peaceful protests and expressions of dissent.

Bachelet did not specify what time timeframe she was referring to or the source of her reports.

Days earlier, a Norway-based private intelligence group that provides information to the UN said it obtained evidence that the Taliban have rounded up Afghans on a blacklist of people they believe worked in key roles with the previous Afghan administration or with US-led forces. Several Afghans are in hiding, saying they fear such reprisals.

When the Taliban last ruled Afghanistan in the late 1990s, the group largely confined women to their homes, banned television and music, chopped off the hands of suspected thieves and held public executions.

Bachelet noted that Taliban leaders have recently pledged to respect the rights of women, girls and ethnic minorities and refrain from reprisals.

'The onus is now fully on the Taliban to translate these commitments into reality,' she told the 47-member-state council, which is the UN's top human rights body.

Countries at the council pulled together a joint resolution, likely to be accepted by consensus, that stops far short of calls from some advocacy groups for the appointment of a rights expert to monitor the situation.

It only calls for Bachelet's office to issue a report only early next year.

She stressed that indulging in rights violations would 'undermine the legitimacy of the perpetrators, both vis-a-vis the people, and also with respect to regional and international institutions and other states.'

'A fundamental red line will be the Taliban's treatment of women and girls,' she said, urging 'respect for their rights to liberty, freedom of movement, education, self expression and employment.'

“We have already had reports of women in provinces forced to “marry” Taliban fighters who will rape them regularly.”-@carriesheffield via @IWF https://t.co/r32xR4QUGJ

Nasir Ahmad Andisha, the Afghan ambassador to the UN in Geneva appointed under the now collapsed government of ex-president Ashraf Ghani and who continues to represent his country, made clear that he wanted to see strong action.

He urged council members to deliver 'a strong message to all parties including the Taliban that abuses and violations of human rights... will have consequences.'

Rights groups had called for the council to establish an international fact-finding mission to assess the situation on the ground and seek to document violations, including war crimes and crimes against humanity, with the view to ensuring accountability. 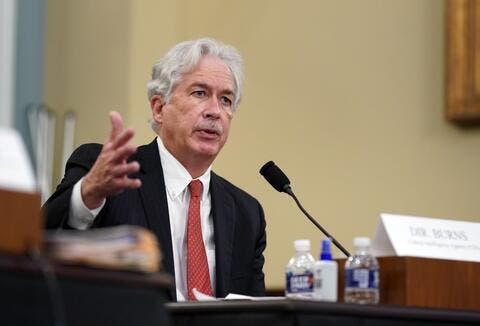 But a draft resolution presented on Monday to the council only recommended that Bachelet present a report on the rights situation in Afghanistan during the main annual council session next March, drawing condemnation.

A number of countries who otherwise would have pushed for the resolution to go further had held back for fear that a stronger response could anger the Taliban and jeopardise access for evacuations from the country, according to several diplomatic sources.

Bollywood Superstar Fulfils His Promise to Nurses in UAE