Cell Phones and Twitter are Concerned: Telecom Companies Rise to Face the Coronavirus

Published March 23rd, 2020 - 07:07 GMT
Social media and telecom companies have been innovating new ways to spread awareness of ways that can help people save their and others' lives. (Twitter)

Twitter UK has launched a new emoji featuring hands being washed with soap and water. The gesture aims to remind users of the crucial role personal hygiene can play in avoiding contracting the novel coronavirus.

In the age of COVID the hand clap ?? emoji is now the hand wash ?? emoji ? #WashYourHands

The new emoji has been long-awaited, as social media users have been calling for new tech trends that can help spread awareness to help millions of people avoid COVID-19, after it's taken more than 14k human lives.

Scientists have repeatedly been referring to washing hands with soap for at least 20 minutes, highlighting its vital role in preventing the virus outbreak from harming more lives.

In honor of Twitter creating a #handwashing emoji, here's the video I watched to learn how to wash my hands like a surgeon. It's not fancy, but it's the one video I found that clearly explained what each step is supposed to do.https://t.co/K7gjHAQjOs

Understanding their huge impact on public conversations, social media and telecom companies have been introducing new campaigns to spread awareness of points that can help people save their lives and others'.

Zain Jordan and Orange JO, main mobile service providers in the Middle Eastern country, have both changed their network names temporarily into Stay Home and Be Safe, backing government efforts to keep the10 million population in self-isolation as the coronavirus has infected more than 100 people in the country thus far. 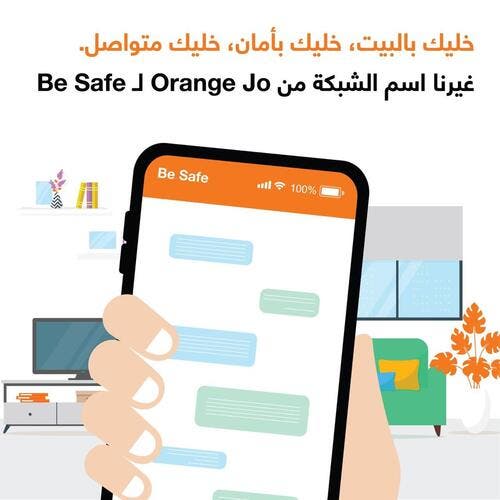 Jordan's government has imposed a full curfew across the country starting on March 21st, allowing only those who work in vital industries to leave their homes using special permits granted by the Minister of Interior.