Guns, Blood, and the American Flag: Is US Gun Culture Being Idolized in Saudi? 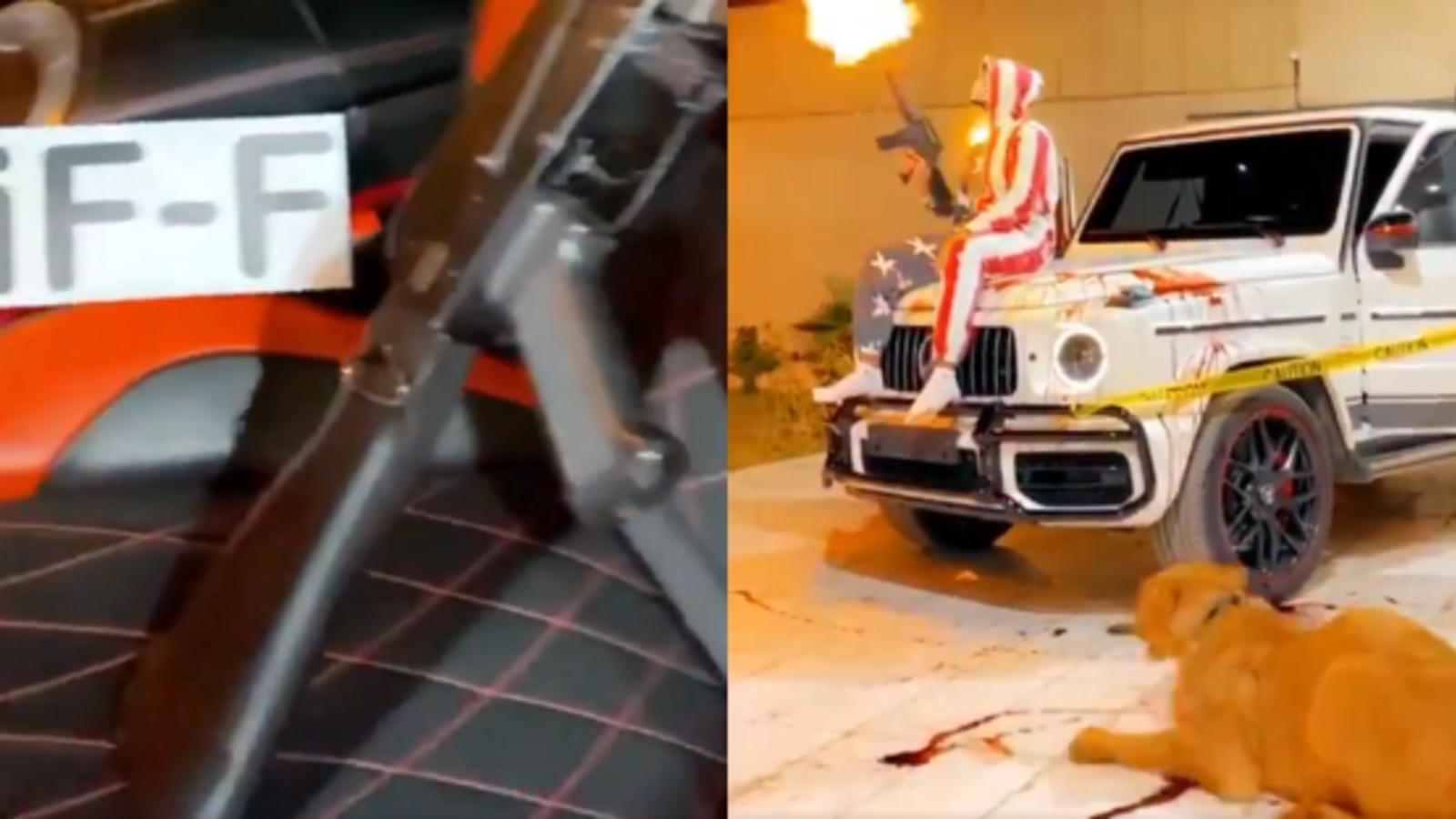 Wearing an American flag outfit and firing a gun from the hood of his car, 'Saudi Rambo' mimics US gun culture. (screenshot / Twitter)

A viral video showing a masked young man wearing an American-flag outfit and firing a gun has ignited social media reactions, as it seemed to idolize US gun culture.

Translation: "Viral video of a man firing his gun inside a house surrounded by blood and next to a lioness."

Although the person in the video hasn't been identified, people online nicknamed him "Rambo" in reference to the famous fictional character played by Sylvester Stallone in the 1970s.

The brief video features the young man sitting on the hood of a car with traces of blood all over, firing a gun and scaring the lioness next to the car. The camera then proceeds to explore three more guns inside the car, all while American music is played in the background.

On social media, some drew a parallel between the video and American films that depict gangster lifestyles, and suggested that his American flag outfit indicates he's been influenced by US gun culture.

Translation: "He must have seen a gang film and got carried away."

Translation: "Look at the crime scene tape. It seems that he's entirely into it."

But some people blamed his parents, saying that young Saudis are being handed too much pocket money and enjoy very little supervision.

Translation: "He seems to have too much money. His father should be held accountable first."

Translation: "This is not meant to be a YouTube video or anything. This is how he lives his life. He posts similar things every day using Snapchat."

Saudi authorities have reportedly arrested the young man after complaints about his use of firearms in a residential neighborhood.

Translation: "Security forces in Riyadh arrested a man who fired a gun inside residential neighborhoods."