Published October 11th, 2020 - 05:53 GMT
Twitter
Highlights
The Jordanian government and a popular radio station have come under pressure over the deportation of Ahlam's Palestinian husband, who spent 20 years in Israeli prison, and the alleged muzzling of her.

After loosing three main sponsors of a popular radio show, Melody radio station in Jordan announced suspending the show in response to public campaigns and discontent on social media over a recent episode. In the episode show host Muath Al-Omari did not allow the caller, Ahlam Tamimi, who had been freed from Israeli prisons, to present a plea to be reunited with her husband in Jordan. 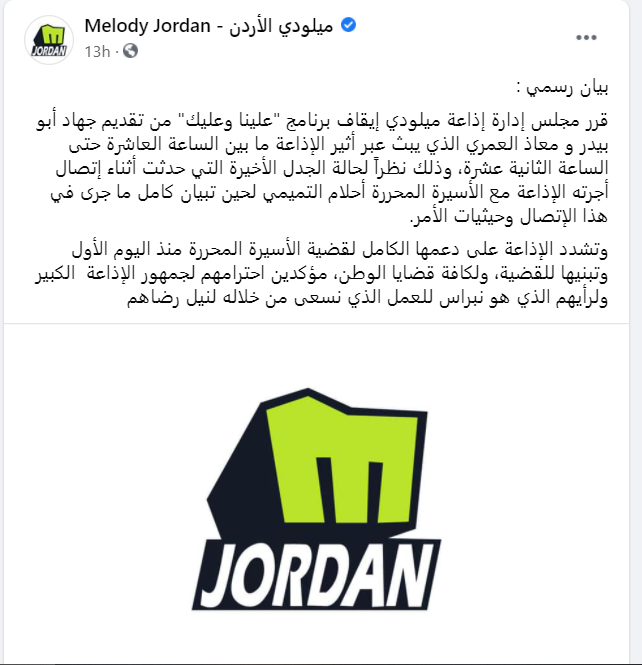 Translation: Official statement: Melody Radio Station Management Board has decided to suspend the radio show "Aleina o Aleik" presented by Muath al-Omary and Jihad Abu Baidar, which is transmitted between 10-12 in response to the recent controversy over a phone call in one of the episodes with the freed prisoner Ahlam Tamimi until the matter is looked into thoroughly. The station stressed its full support of Tamimi's case since day one as for all cases of national concern. We highly respect our audiance and their opinion which is the core feedback that keeps our work on target.

The Jordanian government and a popular radio station have come under pressure over the deportation of Ahlam's Palestinian husband, who spent 20 years in Israeli prison, and the alleged muzzling of her.

Nizar Tamimi, 46, arrived in Qatar earlier this week after the Jordanian government refused to renew his rolling three-month residency. Quickly the move was perceived as an attempt to relieve pressure from Washington, which has placed his wife on its most-wanted terrorist list.

Nizar and his wife Ahlam were both freed from Israeli prison in a 2011 prisoner exchange with Hamas. Nizar had been convicted for the 1993 murder of Chaim Mizrahi, an Israeli student living in the Beit El settlement in the occupied West Bank.

"How the show host Omari responded to criticism."

Ahlam, meanwhile, was imprisoned for her role in the 2001 Sbarro pizzeria bombing in Jerusalem, which killed 15 people, including seven children. She was sentenced to 16 life terms, though after her release has lived in Jordan, where she has regularly made media appearances.

Ahlam Tamimi remains, however, wanted by the United States, which in June said that the billions of dollars it provides in aid to Jordan could be leveraged to extradite her. But in 2017 a Jordanian court ruled she could not be extradited as she has Jordanian citizenship and a 1995 extradition treaty with the US was not ratified by parliament. 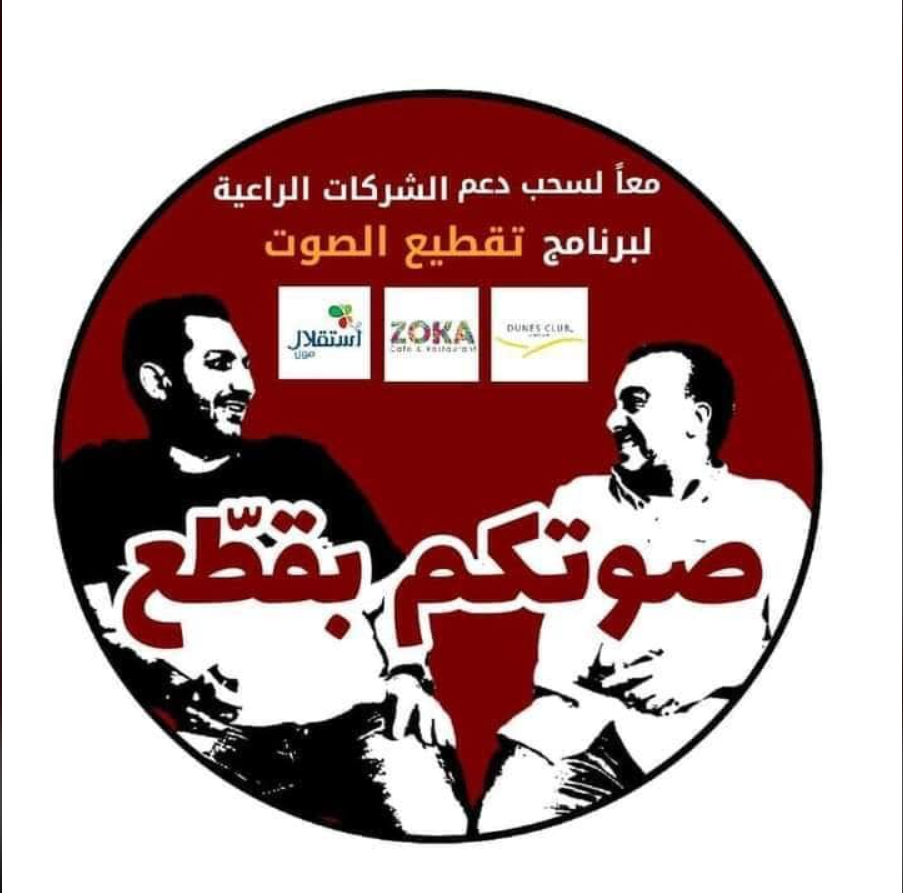 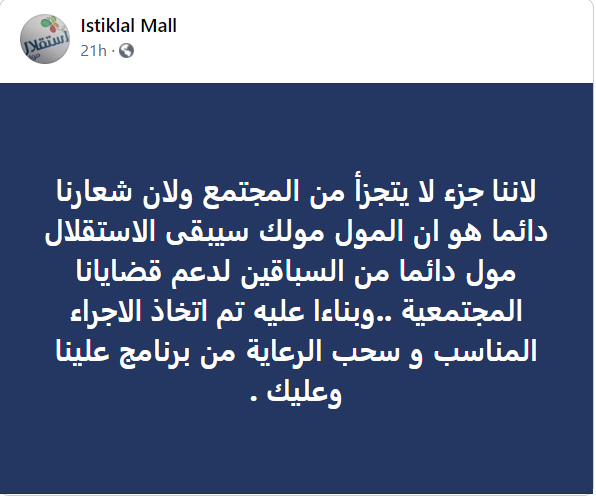 Translation: Because we are an integral part of our community and because our slogan will always remain the mall is your mall, Istiqlal Mall will remain ahead in supporting community issues and stemming from this, we have decided to take away our sponsorship of the radio show Aleina o Aleik.

The Economic Devastation of Tourism