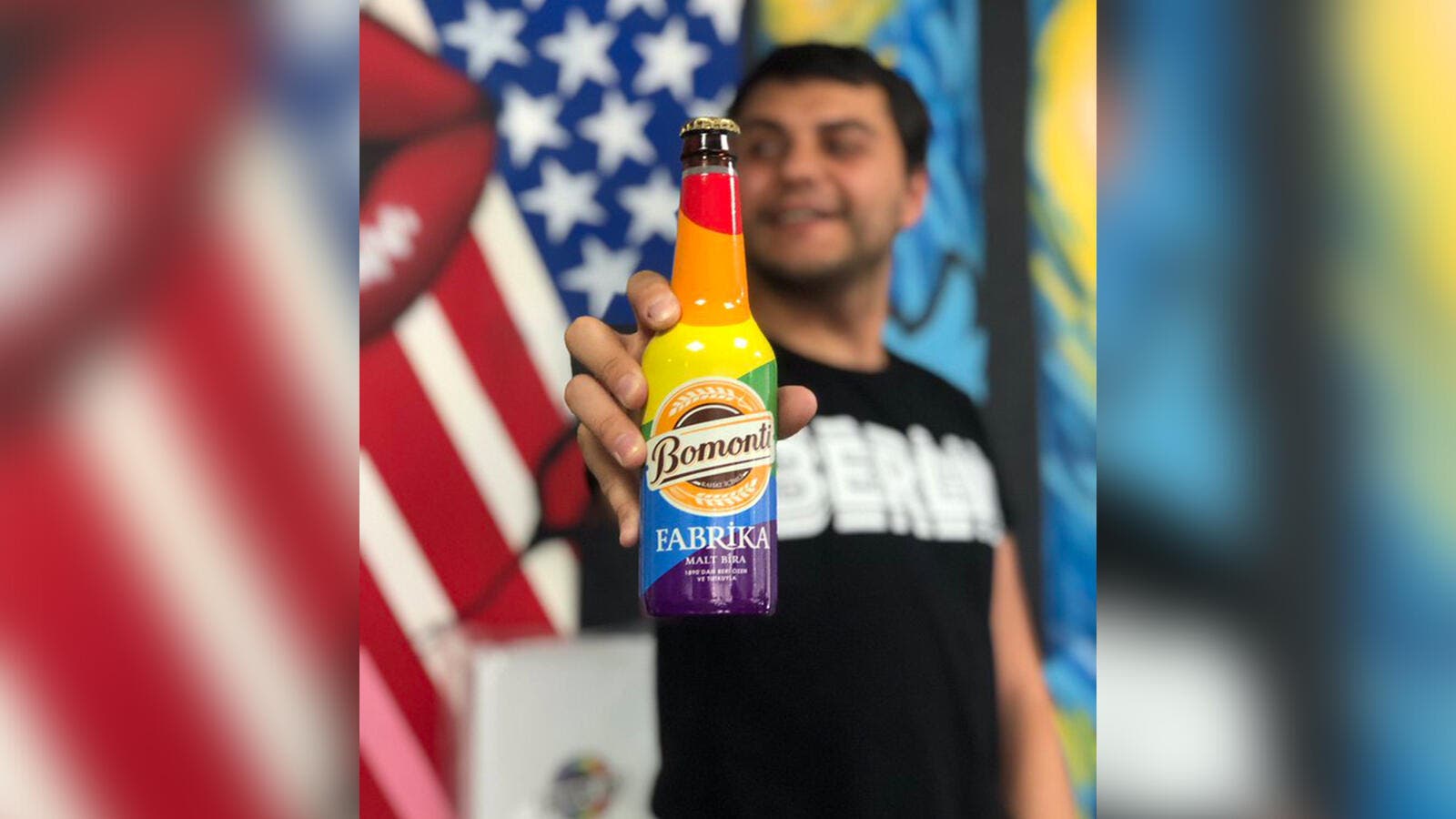 At a time when LGBT+ community still faces prosecution and homophobia in Turkey, a local beer brand has celebrated the Pride Month in their own way.

On Tuesday, Harun Guve, head of branding agency, Lotus media went to Twitter to reveal their latest project for Bomonti, the largest beer brand in Turkey.

The rainbow-colored special edition bottle with the colors of the rainbow flags was revealed as part of Bomonti’s celebration of the Pride Month that comes in June.

It is confirmed that the bottle will be available for sale in all bars and stores nationwide.

Bomonti’s decision to reveal the colored bottle was warmly welcomed and hailed.

Şerefe, Bomonti. Yes, there's debate raging in the US and other places on commercialization of #Pride, but where pride marches are still banned & forcibly stopped by police, it's hard to see any mainstreaming of #LGBT awareness, even via advertising, as a bad thing. h/t @06JAnk https://t.co/NAwhy3RRdH

Many activists and Turks celebrated the steps considering it as a significant decision in the country where LGBT+ pride have been banned for years.

Turkish beer Bomonti issues a Pride edition in defiance of bans on pride marches throughout the country https://t.co/fHWw5Vrnux

Not only this, several homophobic attacks and murders have been taking place in Turkey for the past few years alongside the ban on pride festivals.

Turkey has been listed as the second most conservative and restrict country in Europe after Azerbaijan when it comes to LGBT+ rights, freedoms, and laws.

Social hostility and legal restrictions are still faced by LGBT+ activists who had planned last week a pride in defiance of the ban.

LGBT pride banned in Turkey, much has to do with #socialmediaplatforms lacking transparency and accountability to users. #MissingVoices https://t.co/vngR6kZ3NB

However, the police attacked the pride parade with water canyons.

Poem to the Turkish police.

Nature says fuck you!
To their nature they must be true
They will express and embrace their pride
Despite, in spite of you. pic.twitter.com/1Rev1jjxWB