Coronavirus is Bad for China But Godsend For The World! 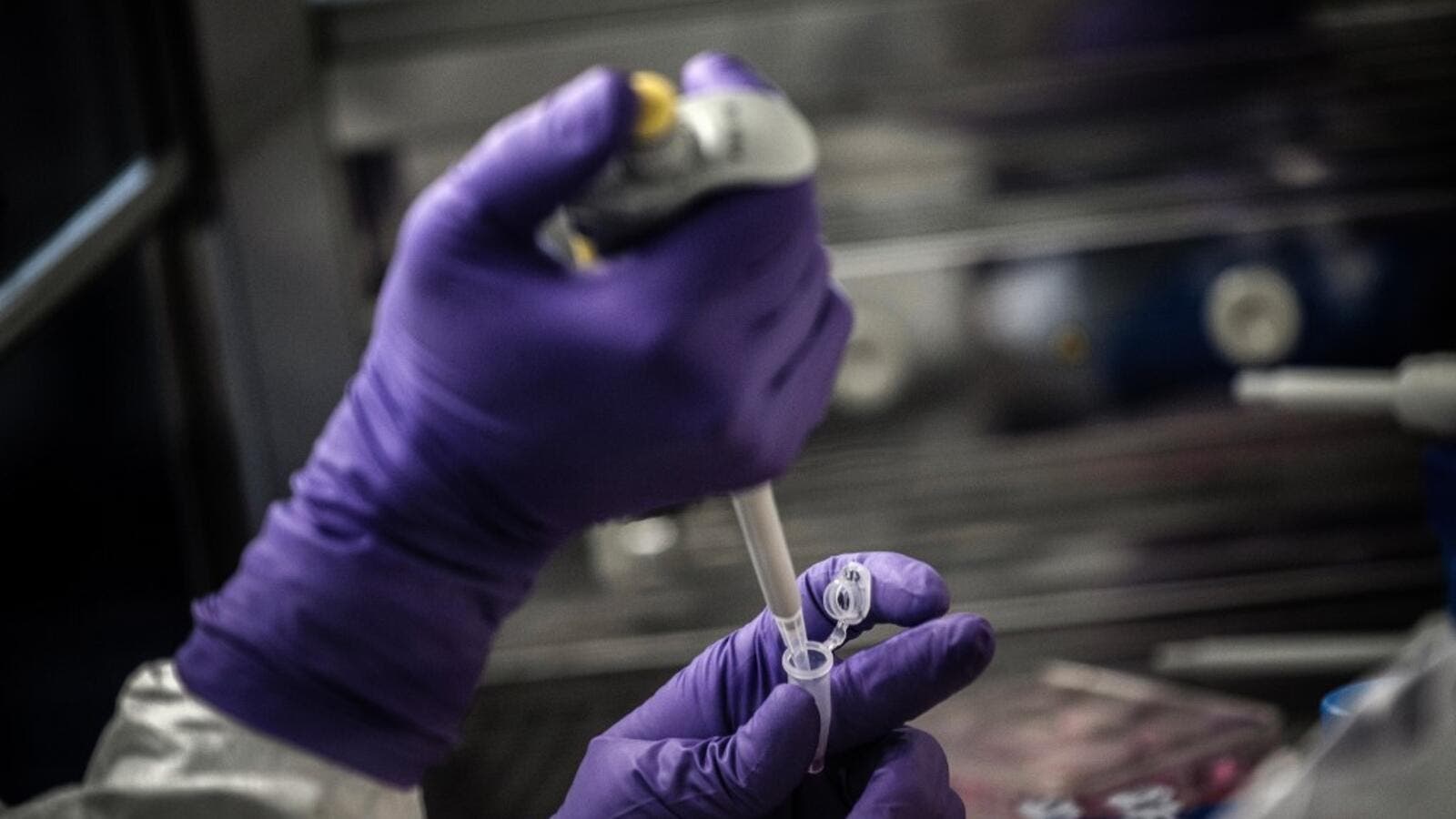 A scientist is at work in the VirPath university laboratory, classified as "P3" level of safety, on February 5, 2020 as they try to find an effective treatment against the new SARS-like coronavirus, which has already caused more than 560 deaths. When most are busy developing vaccines or testing the few anti-virals available, VirPath will go after drugs used for diseases that have nothing to do with a respiratory infection such as 2019-nCoV. JEFF PACHOUD / AFP

China will get hit in the short term, and recover, but the fluctuations can trigger new opportunities.

The official death toll caused by the novel Coronavirus pandemic in China surpassed 490 late Tuesday. Since the outbreak of the rapidly spreading new virus, roughly 15,000 people across 24 nations are directly affected.

Any epidemic of such magnitude inevitably impacts the daily life in the home country and beyond in a myriad of ways. In the Chinese context - a rising power buttressed by the most globalised mode of business - one cannot avoid considering the immediate reverberating shock this health emergency is bound to send across the seven continents.

This outbreak has revealed the inherent loopholes that exist in the bio-security infrastructure in even technologically advanced countries. In the US, for example, as of now, the Centers for Disease Control and Prevention (CDC) is the only institute which is deterministically diagnosing this novel coronavirus.

According to some experts, the current screening strategy can miss infection coming from a probable outbreak in which the index case — the person who travelled to China — is two or three steps apart from the people who come to the hospital with pneumonia, for example.

Apart from stopping flights from China, most governments decided to quarantine people who have visited China recently. The US, New Zealand, Australia, Israel has imposed a blanket ban of entry on anyone who has been to China recently.

The rapid outbreak of a fatal virus like this has exposed the bio-security vulnerabilities of pretty much everyone across the spectrum. The fact that this virus can be latently transmitted from human to human, without even manifesting any symptoms, makes it all the more difficult to diagnose or prevent.

For China's domestic economy, this epidemic has caused a total lockdown of movement in at least 17 cities, which are home to more than 50 million people - a population larger than South Korea or Australia.

As the lockdown continues, manufacturing workers are not coming to work, which means production is halted in several major cities, transportation is restricted, and banks are telling their employees to stay home. The Chinese government has extended the leave of the end of the new year up to February 10.

All of these will inevitably slow GDP growth to some extent. What this lockdown may mean for the domestic market is rising of e-commerce, teleconferences and telecommuting as retail business activities go down.

However, China's e-commerce with the rest of the world is hit hard by this crisis. For example, how likely is it for someone in Texas or Frankfurt to order a $20 electronic product of Chinese origins on eBay now? This is reflected in China's giant multinational corporation Alibaba group's stock value loss.

When the city of Wuhan, the epicentre of the crisis, was locked down for the first time in January, the stock value of Alibaba decreased by 11 percent of its total value within just three days. The Shanghai Composite plunged 7.7 percent, and the Shenzhen Component Index tumbled 8.5 percent on their first day of trading after an extended new year holiday.

Nonetheless, any expert will say that this is just an aberration and some even may argue that the falling price of these stocks signals that this is the right moment to buy, because, it is almost certain that China is more than likely to come back as it did after the SARS crisis.

In the business community, the standard predictive model to look for is the SARS epidemic from around eighteen years ago. The second quarter of 2003 was the peak of SARS impact on the Chinese economy when GDP growth fell two percentage points, dropping from 11.1 percent to 9.1 percent.

The most significant impact was on the services sector because, during epidemics like this, people don't want to go shopping, go to the movies, or eat in restaurants. Based on the SARS model, this epidemic is most likely to hit the service sector and only for a short period, e.g. two quarters.

So the US commerce secretary's daydream that the coronavirus epidemic will turn out to be a moneymaking opportunity for the US through the 'returns of the jobs to North America' is most likely to remain a pipe dream.

Apparently, the Chinese government has learned a lot from the SARS epidemic, which was a national embarrassment. They do not want to be embarrassed again.

One instrumental improvement in the Chinese Communist Party's commitment to transparency is that they sequenced the gene of the virus within seven days of understanding that there was a virus to be sequenced and published this information online.

It is true, however, that due to the classic problem authoritarian governments face — the drudgery of extended vertical bureaucracies — local government was slow to respond.

Counterintuitively, the hierarchical centralised command control structure enabled the Chinese government to exercise a deeper and wider level of control over the economy. It is clearly an advantage in terms of locking down fifty million people, essentially 5 percent of the entire population of the country, which would be virtually impossible for any Western democracy.

Another critical factor to be taken into account is 2020 is the fifth year of China's periodic 5-year-plan, and the Communist Party will do everything to achieve its targets in 2020, in spite of the coronavirus. What that means is using fiscal stimulus, monetary easing, and perhaps a renegotiation of trade deals with the US.

In summary, nothing cataclysmic is expected in the long run, but, violent fluctuations can create new dynamics, opportunities, and potential for renegotiations in the short term.

Nazmus Sakib is a PhD candidate at the Department of Political Science at Texas Tech University.