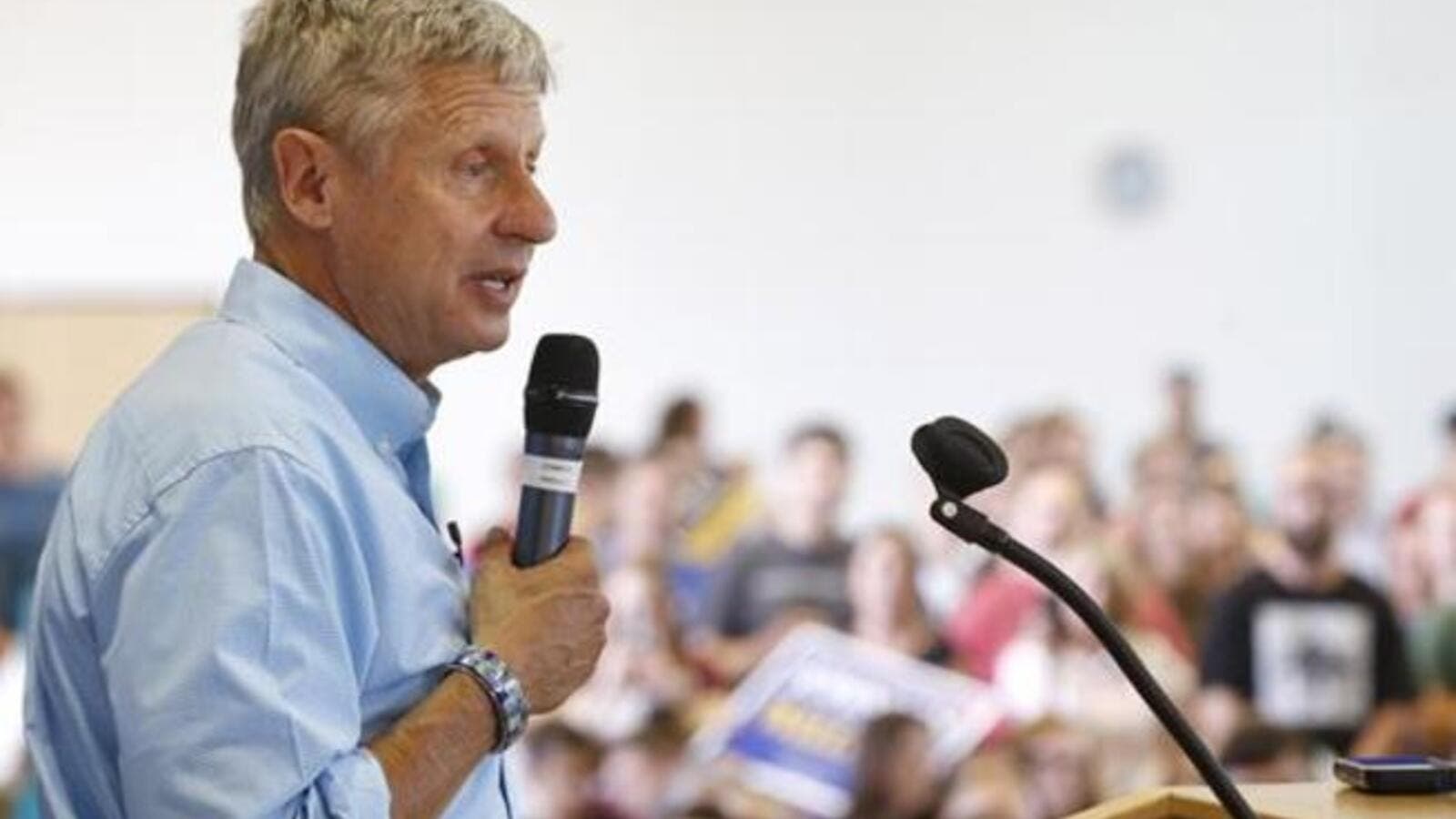 Asked on Wednesday night by MSNBC’s Chris Matthews who his “favorite foreign leader” is, US Libertarian Party presidential candidate Gary Johnson was unable to name a single president, prime minister or supreme leader of any nation on any continent in the world.

Here's the video— Gary Johnson says he's having an "Aleppo moment" when he can't name a world leader he respects: https://t.co/7oRLTW5Jep

“I guess I’m having an Aleppo moment…” Johnson said on Wednesday, referring to a widely-criticized remark he made earlier this month on live TV, asking “What is Aleppo?” when asked his opinion on the besieged Syrian city on the news program Morning Joe – also on MSNBC.

Johnson later said he thought Aleppo might have been an acronym.

On Wednesday night, Johnson’s running mate Bill Weld got Johnson off the hook by saying the former president of Mexico, Vicente Fox, was a leader he admired.

Unfortunately for Johnson, though, a wave of criticism and snark on social media was already swelling and getting ready to crash over his hapless head.

“Please elect him president, America. It would be hard to invade countries if he doesn't know where they are,” said Karl Sharro,  a Lebanese-Iraqi satirist who writes the blog Karl reMarks.

“Just how much pot does Gary Johnson smoke?” said Clara Jeffery, the editor-in-chief of Mother Jones, a progressive media outlet based in California, referring to Johnson’s support for cannabis legalization.

“I find the willful ignorance of Johnson and Stein to be an insult to voters,” said Slate’s chief political correspondent, Jamelle Bouie.

“Seems like Gary Johnson's media strategy should be do no media,” said Alex Seitz-Wald, a political reporter for NBC News.

But could it be possible that Johnson can name some world leaders, just not any he likes? Some social media commentators seemed to have sympathy for Johnson on this point. @EnemyWithinn on Twitter reflected: “Maybe there just aren't many good leaders out there.”