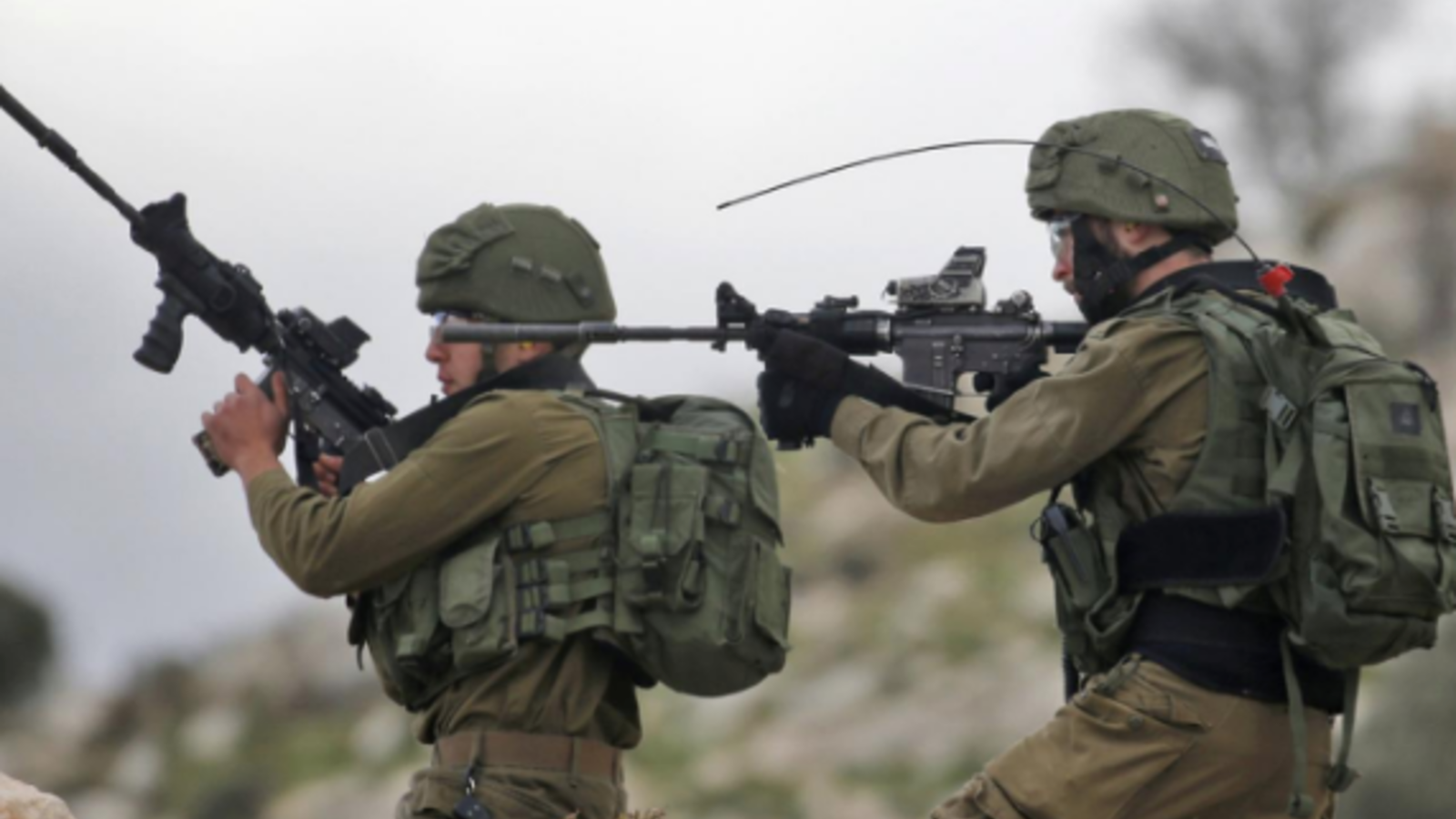 Israeli soldiers hold up their rifles towards Palestinian protesters in the village of Kfar Qaddum, near Nablus in the occupied West Bank (AFP)

The Israel Defense Forces saw its lowest-ever death toll in 2019, with 27 troops being declared “killed in action,” compared to 43 the year before, a senior officer in the Manpower Directorate said Wednesday.

“The number of fallen soldiers in 2019 is the lowest since the founding of the IDF,” Michel Yanko, chief of staff of the IDF Manpower Directorate, told reporters.

The figure included Sgt. First-Class Zachary Baumel, an American-Israeli tank commander who was killed in 1982 in the First Lebanon War but was officially designated “missing in action” until his remains were returned to Israel this year.

Though, Yanko said, the military was obviously pleased at the low fatality numbers for 2019, which included reservists, officers, conscripts and one pre-enlistment recruit, he stressed that the IDF was dedicated to making that figure even smaller.

“Every death is an entire world,” Yanko said, alluding to a common Jewish saying.

The past year also saw the smallest number of seriously injured casualties in the past decade, with 35 soldiers sustaining severe wounds, compared to 41 the year before.

The leading cause of death for soldiers in 2019 was suicide, with at least 12 service members taking their own lives, including one American-Israeli lone soldier, Mika Levit.

This represented an increase over 2018, when nine soldiers died by suicide, but was still part of an overall downward trend in the prevalence of suicide in the IDF in recent years.

Yanko said the military was working to keep bringing down the number of suicides, making guns less available to troops when they were not needed and increasing the number of mental health officers to make it easier for soldiers to receive psychological help.

The next-most-common cause of death was car accidents, which claimed the lives of five soldiers. According to Yanko, the numbers of soldiers killed in car accidents has been decreasing in recent years and is currently below the rates among civilians.

He credited this to the military’s greater abilities to enforce safe driving practices, giving soldiers frequent lectures on the topic and installing tracking equipment inside military vehicles.

Two people were killed in training accidents: Sgt. Evyatar Yosefi, 20, who drowned during a navigation exercise last January, and a pre-enlistment recruit who was hit by a bus during a tryout for a combat unit.

In addition to Baumel, one other soldier was designated as having been killed in battle in 2019 — Sgt. Gal Keidan​, 19, who was stabbed to death by a Palestinian terrorist at the Ariel Junction in the West Bank.

Cpl. Dvir Sorek, who was stabbed to death outside his school in Kibbutz Migdal Oz, was designated as having been killed in a terror attack, rather than in battle, as he had yet to begin his military training, despite having formally joined the IDF as part of a combined military-religious studies program known as Hesder.

Two soldiers died from illnesses in 2019, and one was electrocuted when he fell into an ornamental pool in northern Tel Aviv.

The military had yet to formally determine the causes of death for two other soldiers who died in 2019, Yanko said.