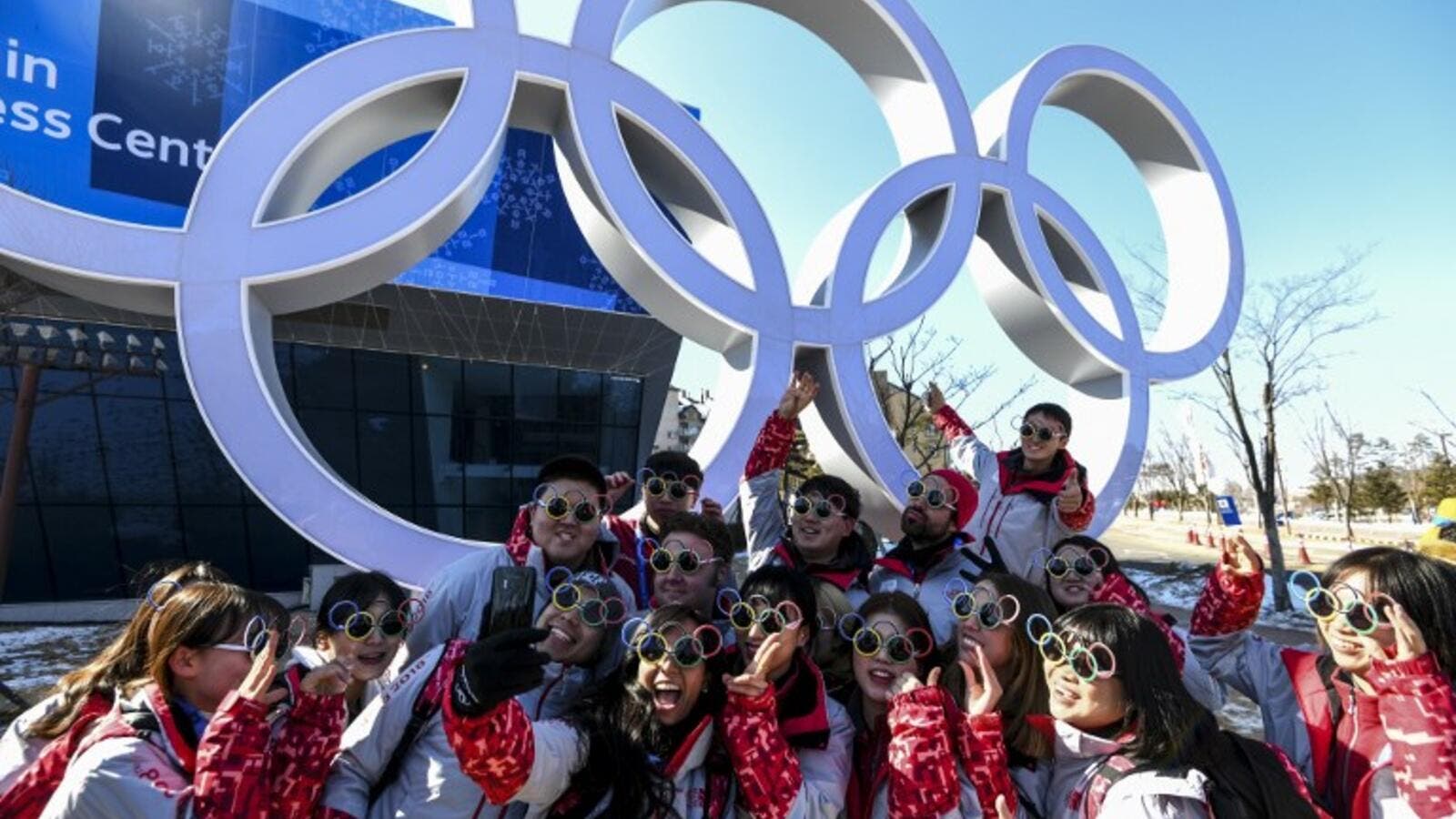 Pyeongchang Olympic volunteers pose for a photo next next to the Olympics rings ahead of the Pyeongchang 2018 Winter Olympic Games in Pyeongchang on Feb. 6, 2018 (Dimitar DILKOFF / AFP)

South Korean officials say they will not provide Iranian and North Korean players with Samsung smartphones which are available free to all other athletes at the Winter Olympics starting Friday.

State news agency Yonhap quoted PyeongChang Olympic organizers as saying Wednesday that the decision had been taken in line with sanctions on the two countries.

According to the report, Samsung Electronics will offer some 4,000 units of the Galaxy Note 8 Olympic Edition to all athletes and International Olympic Committee officials, but not to 22 North Korean and four Iranian athletes.

The officials claimed that the smartphones could potentially be used for military purposes, violating the U.N. sanctions that ban providing the countries with luxury goods and products for such use.

The opening ceremony of the Winter Olympics is set to take place on Feb. 9. The games will run until Feb. 25.