Husband Stabs Wife to Death Inside a Hospital in Jordan

In a shocking report, a man in Jordan killed his wife after stabbing her several times inside one of the governmental hospitals in Amman on Tuesday morning. 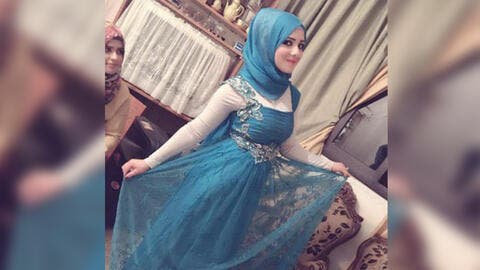 A man murdered his wife after stabbing her inside Al Bashir Hospital in the Jordanian capital igniting the long-unsolved issue according to social media users slamming the continued violence targeting women and the lack of action by the government.

Translation: "Woman killed after being stabbed by her husband inside Al Bashir Hospital who holds an Arab nationality."

An official in the Jordanian Public Security Directorate revealed the horrific details of the murder inside Al Bashir Hospital saying that a man, whose name wasn't revealed, took a sharp tool and stabbed his wife several times causing her death.

According to local media sources, the man is believed to hold an Arab nationality. After stabbing his wife to death in Al Bashir Hospital, the man ran away, but he was later on caught by policemen.

Translation: "If harsh punishments are applied quickly on criminals, people will be thinking millions of times before committing such crimes."

Two days ago, another woman was killed at the hands of her husband in the Zarqa governate. In detail, official sources revealed that a woman in her 40s was stabbed to death on August 21st.

Translation: "Violence against women in Jordan is on the rise!!!!"

Her husband was arrested hours later for attacking his wife leading to her death and an investigation to figure out the motivation behind the incident was launched.

Social media users and women's rights activists have strongly slammed the rising numbers of women killed in 'cold blood' by their families asking for more protected laws against criminals and suspects of femicides.