An Egyptian teenager, called Basnt Khaled, has committed suicide after being sexually bullied by a man in Kafr El-Zayat village in Gharbia Governorate, sources revealed. 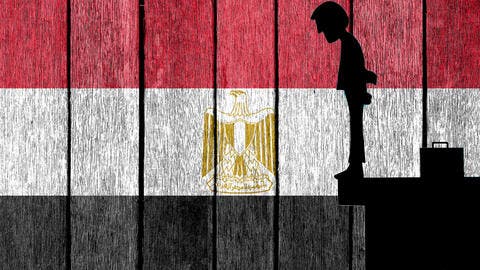 The 17-year-old girl has killed herself out of fear after being abused by a man who photoshopped her pictures.

The story of Basant has not only disturb the Egyptian community but also other Arab countries. Hundreds of people have reacted and sympathized with the girl as they released several hashtags to show support and calling for the punishment of her accuser, including "#بسنت_خالد ,#فتاة_الغربية and #حق_بسنت_خالد_لازم_يرجع". People are now calling the police to find and punish the person who is behind the crime.

Many reactions were shared online under the hashtags. One blamed her family for not believing her and trying to help her. While another one said the abuser must be jailed and punished. However, some blamed the girl and accused her of sending these naked photos.

According to reports, someone has photoshopped Basant’s pictures by placing them on a naked woman’s photo and threatened her until she committed a suicide and left a heartbreaking note behind her.

In the letter, Basant wrote: "Mama, I hope you understand me, I am not this girl, and these are photoshopped pictures, I swear to God, this is not me. Mama, I am a young girl and I don’t deserve what’s happening to me. I am seriously depressed.”

Al-Jazeera Egypt reported that the police announced arresting two of the suspects linked to Basant Khaled’s suicide incident and an investigation is underway to uncover the truth.

According to Egyptian law it is a crime to get money or anything by abusing and threatening people, and the abuser shall be punished by being imprisoned for up to two years.