A video report by the Israeli Channel 13 has shed light on the story of far-right Israeli activist Or Leibler who is quite outspoken against mixed marriages in Israel, out of her belief in the supremacy of the Jewish race, as she found out that her biological parents are Muslims.

It's even more twisted than that. Her mother was born Jewish, so she was Jewish at birth, with a Muslim father. Then her mother converted. https://t.co/FnrkttKCjG

Or Leibler, 22 years old, is a single mother who had looked up her family history after starting her service in the Israeli army, knowing that she was adopted by two Israeli step-parents as a 30-days old baby.

In the video report, Or Leibler's activism with the Lehava organization is highlighted as she takes part in routine gatherings in East Jerusalem, ones that aim to support the claims of Israeli settlers to Palestinian houses in Sheikh Jarrah and other neighborhoods. 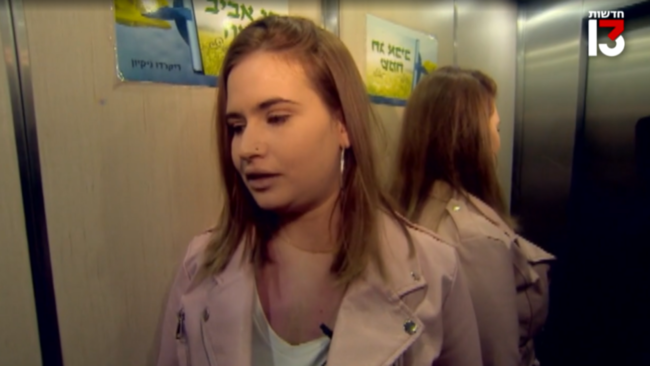 Later, Or Leibler can be seen as she ventures to meet her biological parents, her Muslim father and her Mother, a Jewish convert to Islam.

Or Leibler had left her step-parents' house at 18 and has since been an active advocate for the Lehava organization which primarily objects to most personal relationships between Jews and non-Jews, in addition to being strongly opposed to the Christian presence in Israel.