France is Accusing This Saudi Prince of Slavery Acts: The Full Story

The French press has recently reported shocking details of a case involving a member of the Saudi royal family Al Saud,  accusing him of ill-treatment of seven domestic workers who have served his family for years, including summers spent in a posh Paris apartment. 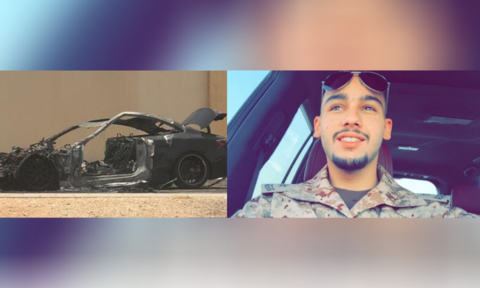 Details reported by Le Parisien, AFP, France24, and other French media outlets have uncovered an investigation by French prosecutors going on since October 2019 into seven complaints that have been filed by seven women of Filipino origin.

According to the seven women whose ages range between 51 - 38 years old, they have been recruited by 44-year old Prince Faisal Bin Turki Bin Abdallah Al Saud while in Saudi Arabia and have moved with him and his family to two countries, including France, where the family spends the summer vacation.

The complaints supported by the French NGO SOS-Esclaves have pointed at different forms of humiliation and mistreatment over the years, including "orders of attending to the employer's needs all day and night all week long, with no breaks." The seven women have been reported, "to be starved, forced to eat leftovers they have to leave as soon as they are called for by employers, in addition to having to sleep on the floor."

French prosecutors say they’re investigating allegations that a Saudi prince kept seven women as slaves in an apartment he owned outside Paris https://t.co/kVdKoSt6vo

A pundit observed: The Middle East has its human rights and slavery problems, and the West has its racism and superiority complexes. pic.twitter.com/FbxkH9HjSa

Moreover, reports have noted that the workers have to "bow their heads when the prince passes by," in addition to being beaten and spat at by the four children of the prince." Each of the seven women reportedly made about 300 Euros a month.

While Prince Faisal Bin Turki Bin Abdallah Al Saud has been confirmed to be outside of France, investigators worry that persecuting him will require not only his physical presence in the country but will also face questions of diplomatic immunity, especially in case he owns a diplomatic passport, which has not been confirmed yet.