Israel's Blitz on Gaza is For 'Electoral Purposes'

Israel's weekend blitz on Gaza was a carefully choregraphed scenario intended to boost  the military credentials of Prime Minister Yair Lapid and allow Defence Minister Benny Gantz to demonstrate his tactical mastery ahead of November's parliamentary election. Lapid made his career as a journalist and television host while Gantz was in the military and served as armed forces chief from 2011-2015.

It may be significant that this round of violence began on the seventeenth anniversary of Israel's withdrawal from Gaza in 2005. The offensive is the first under Lapid-Gantz management and comes just 15 months after Israel's May 2021 assault on Gaza which killed 256 Palestinians, including 66 children, and 13 people in Israel, two of them children. Lapid's coalition partner Naftali Bennett took over from ousted Prime Minister Binyamin Netanyahu on June 11th, 202.Under a deal to share the post, Lapid assumed the caretaker job on July 1 after the collapse of the latest coalition.

“There are two million people trapped in Gaza. I am one of them.”

Israeli forces are bombing Gaza again, more than a year after the devastating 11-day war that killed hundreds of civilians. Here’s a look back at the toll of the May 2021 Gaza war pic.twitter.com/B3tLllPk6g

The scenario opened with the capture of West Bank Palestinian Islamic Jihad leader Bassam Saadi in an Israeli army raid on Jenin on August 1. Lapid claimed that the operation was prompted by an "immediate threat" by Islamic Jihad after West Bank fighters went on high alert and announced they awaited instructions from Gaza in case of war. This could not be construed as a serious threat since Islamic Jihad does not normally respond forcibly to arrests.

Nevertheless, Lapid and Gantz used this limited show of defiance as a pretext to launch Operation Breaking Dawn which was designed to decapitate Islamic State's leadership in Gaza whateverthe cost to Palestinian civilians.

Translation: Israel is untouchable and above the international law and international humanitarian law. pic.twitter.com/oqnHurhzrs

Lapid and Gantz had prepared the stage of the Gaza theatre by halting food and fuel deliveries to and Palestinian entry to Israel via the Erez terminal. Israel ordered citizens living in communities next to Gaza to stay in their homes, closed roads and stopped train services to and from the south, and closed schools in areas 80 kilometres from the border.

In response to this well-advertised stage setting, it is hardly surprising that Islamic Jihad fighters took up defensive positions along the border fence.

On Friday morning, military spokesman Lt. Col. Richard Hecht announced Israeli war planes struck after observing threatening movements by Islamic Jihad forces and equipment, notably units with anti anti-tank weapons.  They were “flexing and moving very, very close to the border”. He added, “We took the initiative, and we haven’t finished yet." Reinforcements were sent, leave was cancelled for active soldiers and 25,000 reservists were called up. Lapid announced the operation would last a week.  In the event, it went on for three days.

Breaking Dawn's first strike was on the seventh floor of the Gaza Tower where it killed Islamic Jihad officer Nimr Abu Amsha and nine other people. In the afternoon, another Israel missile hit a group gathered outside Abu Samra Mosque in the Shuja'yya neighbourhood of Gaza city, killing five-year-old Alaa Qadoum and wounding her father and six-year-old brother. The girl was looking forward to kindergarten. She was the 19th child slain by Israeli forces this year.

During the three-day assault, Israel slew two senior Islamic Jihad commander, Tayseer Jaabari and Khaled Mansour. As usual, Israel's offensive was disproportionate and violated international law by harming civilians. When exchanges of missile fire, there was no fighting, ended late Sunday night, 45 Palestinians had been killed, most civilians, of whom 16 were children, and 360 wounded; a number of Israelis were lightly injured, many stumbling while hurrying to shelters.

On Tuesday, the Israeli military shifted its focus to the Old City of Nablus in the West Bank and killed Ibrahim Nabulsi, who was accused of mounting shooting attacks on Israelis, Islam Subbouh, and Hussein Jamal Taha, and wounding 40 other Palestinians. 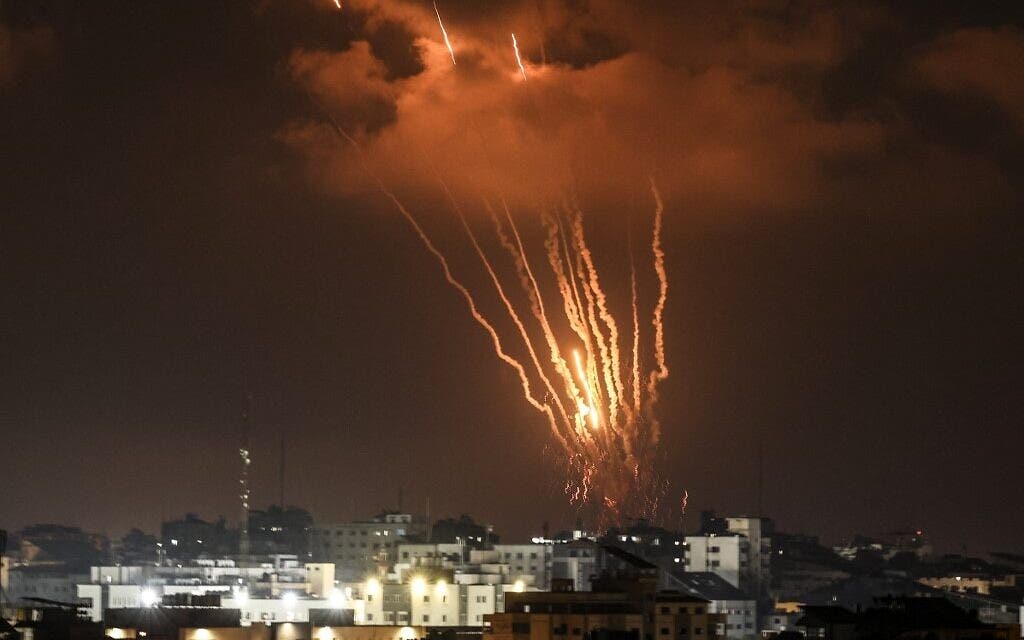 Breaking Dawn was just another routine assault Israelis call, "mowing the grass". Which involves reducing resistance to the occupation. Islamic Jihad was simply the most convenient target this time round.  In the West Bank, the Palestinian Authority did nothing as Israel focused on Gaza where Hamas stood aside, limiting the scope of Israel's operation.

Since Israel refuses to make peace with the Palestinians, Israeli leaders are doomed to practice "mowing the grass" from time to time with gaps shrinking between one assault and the next.  Because of Israel's domestic instability "mowing the grass” has become embedded in the electoral cycle.  Even for politicians who claim to be left-of-centre, like Lapid.

However, Israel retains neither a viable "left" nor a centre recognisable as a centre. Since the Likud, a merger of rightist and expansionist factions — took power in 1977, Israeli parties have gradually shifted to the right on a once wide political spectrum which featured genuine leftists, centrists, moderate religious parties, which competed with rightist groups. The Likud's grip on power might have been disrupted after defence minister Ariel Sharon's 1982 disastrous invasion of Lebanon which gave rise to a popular and populist peace movement seeking todo a deal with the Palestinians. 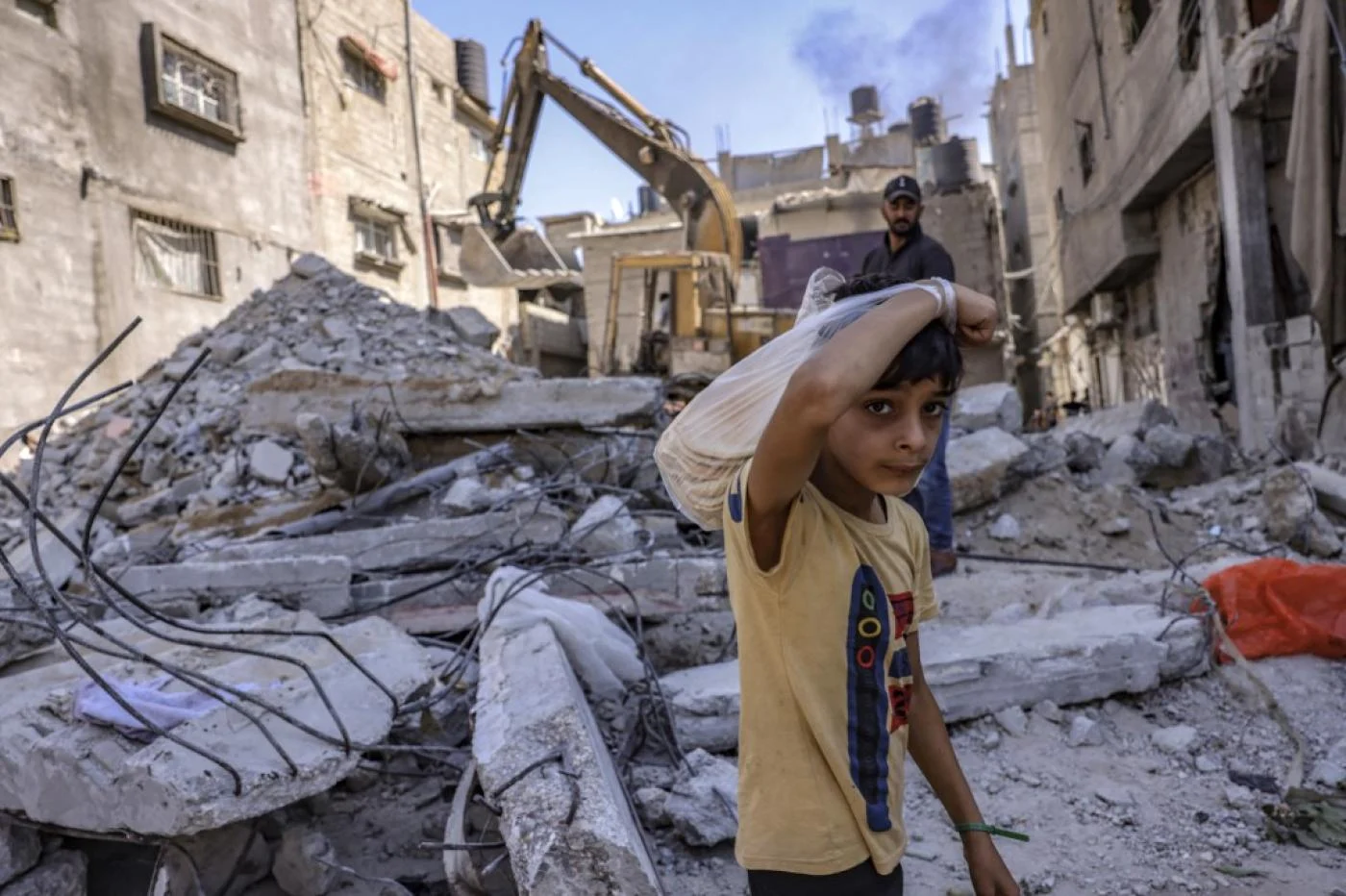 This effort failed because, when confronted with the need to cede territory for peace, Israeli governments always not only chose territory but also acted on this choice by expanding colonisation of the land Palestinians needed for their state.  By adopting this policy, Israeli politicians in office stuck to the programme adopted by the Zionist movement in the1890s. Nothing has deterred them from deviating from this programme which is ultimate goal of Israel and the Zionist movement.  For them, Palestinians are merely human obstacles who can be attacked, abused, discriminated against, deported and marginalised even though in the land between the Mediterranean Sea and the Jordan River Palestinians are now the majority. "Mowing the grass" will continue despite this geodemographic reality.