As the FIFA Qatar 2022’s round of 16 kicks off, marking the beginning of the knockout rounds, every match from this point on is single elimination. In club football, squad value is always a good predictor of success; but can the same be said for international tournaments? 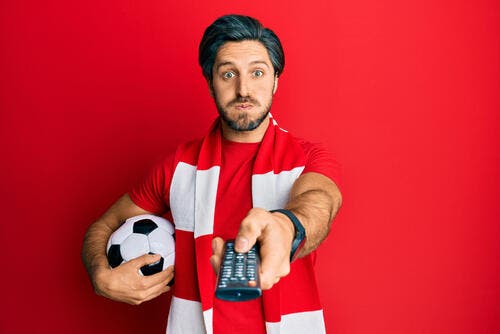 With the most intense stage approaching, why not take a look at the 10 most valuable international football squads? 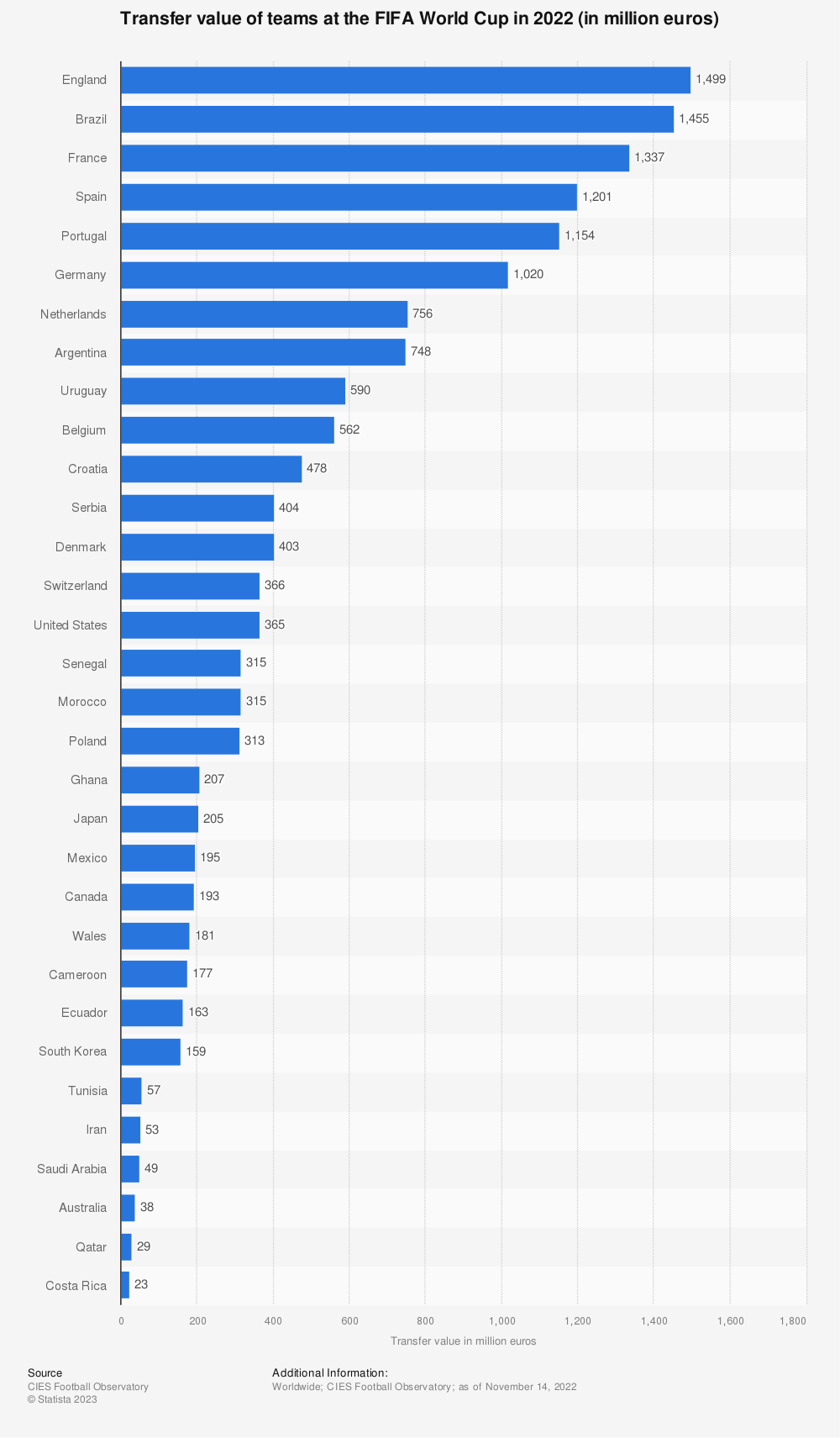 England won the 1966 World Cup Final (which it also hosted), becoming one of only eight nations to do so. They have qualified for the World Cup 16 times, with their best results being fourth place finishes in 1990 and 2018. England has never won the European Championship, with their best finish to date coming in 2020 as runners-up. England, as a constituent country of the United Kingdom, is not a member of the International Olympic Committee and thus does not participate in Olympic Games. England is the only team to have won the World Cup at the senior level but not their major continental title, and the only non-sovereign entity to have done so.

Brazil is the most successful national team in World Cup history, having won five titles and finishing second, third, and fourth twice each. Brazil is one of the few countries to have won a FIFA World Cup outside of its home continent. Brazil is the only national team to have competed in every FIFA World Cup edition without missing a game or having to go to a playoff round. Brazil won 74 out of 110 matches in 22 World Cup tournaments. Brazil also has the best overall record in World Cup history, both in proportion and absolute terms, with 74 victories in 110 matches played, a 126-goal difference, 237 points, and only 18 losses.

France was one of four European teams to compete in the first World Cup in 1930, and one of eight national teams to win the competition, which they did in 1998 when they hosted it. In the final, they defeated Brazil 3-0. France has won two World Cups, the first in 1998 and the second in 2018. Following their Confederations Cup victory in 2001, France joined Germany, Brazil, and Argentina as the only national teams to have won the FIFA World Cup, the FIFA Confederations Cup, and the Olympic Tournament.

Spain is one of eight national teams to have won the World Cup, having competed in 16 of the 22 FIFA World Cups and qualifying consistently since 1978. Spain won three continental titles and competed in 11 of the 16 UEFA European Championships.

Spain is the only national team to have won three consecutive major championships, including two consecutive European Championships in 2008 and 2012, as well as the first European team to win a FIFA World Cup held outside of Europe in 2010. From 2008 to 2013, Spain had the second-most FIFA Team of the Year awards, trailing only Brazil. Spain had 35 consecutive undefeated matches from the start of 2007 to the 2009 FIFA Confederations Cup, a feat shared with Brazil and a sport record at the time. Many experts and commentators consider the Spain squads from 2008 to 2012 to be among the best ever in world football history.

The 1966 World Cup marked Portugal's first appearance in a major tournament final. Portugal also reached the UEFA Euro 1984 semi-finals before losing to hosts and eventual winners France. During the team's first golden generation in the 1990s, Portugal began to appear consistently in the European Championship and World Cup; they reached the 2006 World Cup semi-finals, finishing fourth, as well as finishing runners-up at Euro 2004 as hosts, and reaching the semi-finals of Euro 2000 and Euro 2012. This was largely due to the efforts of a number of players, including Luis Figo, Rui Costa, Ricardo Carvalho, and Cristiano Ronaldo, widely regarded as one of the greatest players of all time.

Germany is one of the most successful international teams, having won four World Cups (1954, 1974, 1990, and 2014), three European Championships (1972, 1980, and 1996), and one Confederations Cup (2017). They've also finished second three times in the European Championships, fourth four times in the World Cup, and third four times in the World Cup. In 1976, East Germany won Olympic gold. Germany is the only country to have won the FIFA World Cup as well as the FIFA Women's World Cup. Germany finished the 2014 World Cup with the second highest Elo rating of any national football team in history, with 2,223 points. In addition, Germany is the only European country to have won a FIFA World Cup in the Americas.

In the past, the Dutch national team has performed admirably at the FIFA World Cup. In fact, Holland is one of the top ten countries in terms of performance in this final tournament. Holland finished among the top four teams in the tournament four times: in 1974, 1978, and 2010, the Dutch national team lost in the World Cup final, while in 1998 it finished fourth after losing to Brazil on penalty kicks in the semi-final.

Argentina has two World Cup victories, in 1978 and 1986. Argentina has finished second three times: in 1930, 1990, and 2014. Argentina won 48 of 84 matches in 18 World Cup tournaments. The team appeared in all but four World Cups, trailing only Brazil and Germany in terms of appearances (with the 2022 edition included, being played).

Uruguay has four FIFA-organized World Football Championships to their credit. They won the first FIFA World Championship held under the auspices of the Olympic Committee, with true representation from all continents; previously, football teams in the Olympics were limited to European teams. Uruguay then won the next two World Cups (Jules Rimet Trophy) in which they competed; these tournaments, the 1930 and 1950 FIFA World Cups, were completely independent of the Olympics and used clear rules to differentiate between professional and amateur football players. FIFA recognizes Uruguay as four-time world champions and allows the team to wear four stars on their uniforms during official international football competitions since 1924, when FIFA organized the first true international football competition.

The Netherlands has traditionally been Belgium's main rival. The two countries have met twice in FIFA World Cup history, with Belgium winning once (USA 1994) and drawing once (France 1998).

Belgium's best World Cup finish is third, achieved in Russia in 2018. Belgium had previously finished fourth in the competition in Mexico in 1986.