Published March 4th, 2021 - 12:00 GMT
keep reading because this article contains the most popular terms in the crypto sphere that you should probably know before venturing in with your money. (Shutterstock)
Highlights
Last updated on Mar 15, 2021
Don’t worry! We’re here to help you get a grasp on this

Have you ever read one of our weekly crypto news recaps and scratched your head wondering what the heck these crypto enthusiastic nerds are talking about 😒. If you’re nodding your head, then keep reading because this article contains the most popular terms in the crypto sphere that you should probably know before venturing in with your money:

Note: these terms might sound difficult to understand because most of them originated from the IT and programming sectors. But have no fear our intrigued reader, AlBawaba Business is here to decipher 😎!

A method of payment that only exists in digital form only so it is neither physical nor tangible like fiat coins.

Bitcoin is the world’s first digital currency that was created in 2009 by a person or a group of people under the name Satoshi Nakamoto. Bitcoin promises lower fees than traditional payment methods and is operated by a decentralized system as it’s not backed by a government nor any commodity.

A distributed ledger system consists of a sequence of blocks (units) that contains digital information which is stored in a decentralized public database. Data stored in the blockchain is immutable; meaning it cannot be altered or changed and irreversible. Blockchain is the technology on which a cryptocurrency is created.

If you’re still confused about it, here’s a video that can simplify it for you:

It is a ledger in which the data is stored on a huge network of decentralized nodes (users), not just in one place. Therefore, there is no central point for storing the data on the network. As a result, performing malicious acts becomes harder, thus making the network more secure and immutable.

The word “Altcoin” is said to stand for “alternative to Bitcoin”. In other words, an altcoin is simply any cryptocurrency that is not Bitcoin. Bitcoin was the first cryptocurrency ever created. Subsequently, any other coin was referred to as ‘altcoin’!

Ethereum network is an alternative blockchain that was created by a programmer named Vitalik Buterin in 2013 who was just 19 at that time! Vitalik describes the Ethereum network as a “Virtual Machine” or a “world computer” as its blockchain can benefit from the computing power of all the connected computers on the network to develop and operate decentralized apps (DApps) on it. Just like Bitcoin, Ether can be used to trade, send and receive value without the interference of a third party. However, the Ether coin is not the sole purpose of the Ethereum network, it’s the Dapps.

A CBDC is the abbreviation of Central Bank Digital Currency. As the name implies, it is a digital currency that is issued on a blockchain by a central bank and usually represents the country’s own fiat currency. Unlike other digital coins, CBDC is centralized and regulated by the government.

DDoS Attack stands for Distributed Denial of Service Attack. This type of extremely rare attack takes advantage of the specific capacity limits that apply to any network resources – such as the infrastructure that enables a company's website.

In the crypto world, a DDoS Attack is a 51% attack or double-spending attack that occurs when a miner or a group of miners attempt to spend their crypto on a blockchain twice. These miners take over 50% of the network’s mining hashing rates (computer power), making them in charge of the whole blockchain and able to alter the previous blocks and able to even reverse the transactions they started.

The crypto exchanges are businesses that provide a marketplace in which users can buy, sell, and trade their crypto assets in exchange for fiat money or other cryptocurrencies.

Believe it or not, HODL is a typo of the word Hold. Hodling is an investment strategy in which traders are encouraged to not sell their crypto assets regardless of the price change. This term first appeared in the Bitcoin forum as one of the traders advised others to hold their crypto.

It is a crowdfunding method that creates a cryptocurrency and utilizes it as a means to raise funding to finance a company in its early stages on its own website.

Usually, market capitalization means the total market value of a company. In the crypto world, it identifies how valuable this cryptocurrency is. To calculate the market cap of any cryptocurrency you just need to multiply the crypto coin’s current price by the total number in circulation.

A special kind of token that contains identifying information recorded in smart contracts on the Ethereum blockchain but can’t be exchanged like other cryptocurrencies which are fungible. 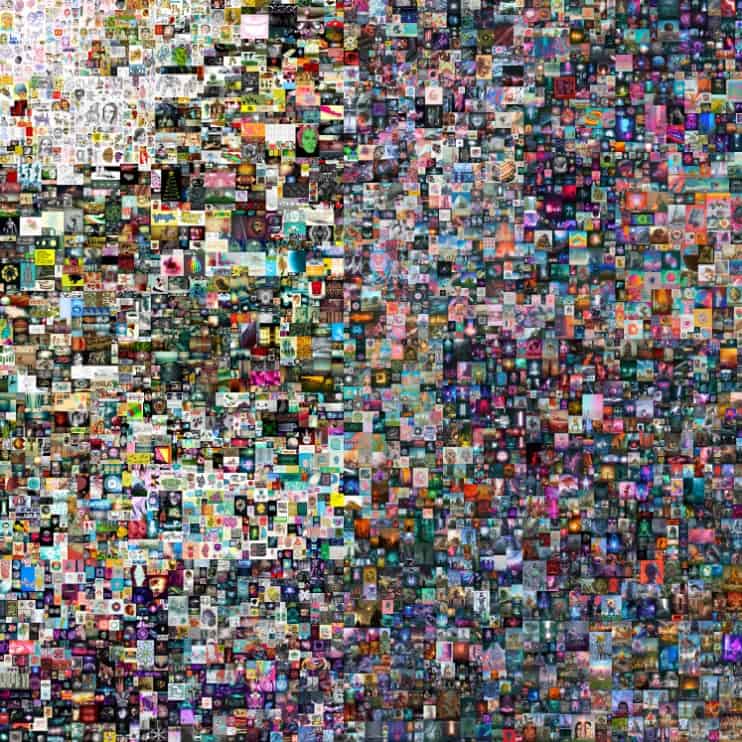 Image Credits: Beeple
NFTs are proof of ownership that utilizes blockchain technology to connect with a unique digital asset (like rare stones, customized jewelry, digital paintings, or any works of art or rare traits and accessories in video games), that cannot be replicated.

The Lebanese Army is Falling Apart