Published March 20th, 2022 - 10:00 GMT
With Meta (Facebook previously) being the most tech giant that gets associated with metaverse, as a matter of fact, there are some big names that took a rather subtle approach into exploring and diving into what is known as the “next big thing”. (Shutterstock)
Highlights
With many project also underway, to quench your curiosity, here are 4 tech giants that are leading the newest investing fad:

The world as we know it changed drastically in the last couple of years. To break things down, if you haven’t noticed, the virtual world is integrating more and more into our physical one. As far as we’re concerned, the metaverse is here and is going through a critical development stage that will steer the world's markets in a new direction into what appears to be the new era of business. 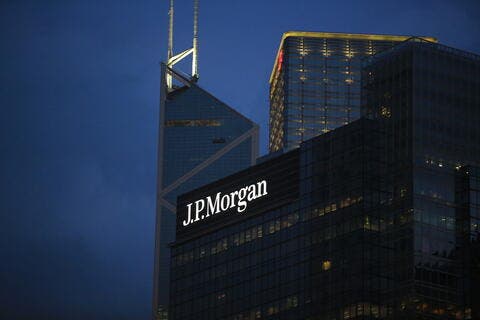 With Meta (Facebook previously) being the most tech giant that gets associated with metaverse, as a matter of fact, there are some big names that took a rather subtle approach into exploring and diving into what is known as the “next big thing”.

It’s worth noting that JPMorgan issued a report that disclosed that Metaverse is a trillion-dollar opportunity with the potential to affect practically every area of the economy, so apparently tech giants will capitalize on this.

With many project also underway, to quench your curiosity, here are 4 tech giants that are leading the newest investing fad:

Metaverse started to make headlines and drew a plethora of attention since Zuckerberg rebranded Facebook to Meta last October reflecting his commitment. Calling it “the next evolution of social connection” Meta’s vision is to help bring the metaverse to our lives, by creating 3D spaces in the metaverse will let you socialize, learn, collaborate and play in ways that go beyond what we can imagine. To make the metaverse experience complete, Meta is developing smart glasses which will serve as portals into the metaverse, allowing you to interact with the environment around you as well as record audio and video with only a touch. And as our work life has become more remote, thanks to COVID, Meta is re-thinking what it means to be in an office with the launch of the open beta of Horizon Workrooms, which is available for free to download.

Google is no stranger to augmented reality, as the search engine giant has been working throughout the years on multiple virtual reality (VR) or augmented reality (AR) projects. Despite having the failed AR glasses on its record, this doesn't seem to have hindered Google away from investing in AR and is now playing catch-up with other firms.

Google CEO Sundar Pichai reflected on the metaverse in a Bloomberg interview, describing it as an "evolving computing in an immersive way with augmented reality."

Microsoft is jumping into Facebook's "Metaverse" bandwagon to roll out Mesh that aims to link far-flung colleagues together in the first half of 2022, which aims to bring mixed reality into the video calling platform. Microsoft is looking to adapt Teams, which has 250 million monthly active users, as the gateway to the new Metaverse. Microsoft CEO Satya Nadella said at the announcement event: “As the digital and physical worlds come together, we are creating an entirely new platform layer, which is the metaverse. We’re bringing people, places and things together with the digital world in both the consumer space, as well as in the enterprise,”

According to Jeff Teper, a Microsoft corporate vice president, Microsoft Mish will include some Teams capabilities such as Together mode and Presenter mode, which make remote and hybrid meetings more collaborative and immersive. Employees will be able to engage and cooperate in 3D digital avatars in offices or on shop floors, exactly as they would in a real workplace, once Mish is available.

The world leader in computer graphics hardware, Nvidia, is also eyeing to create its own virtual world calling it Omniverse. Nvidia’s Omnivers will be “an easily extensible, open platform built for virtual collaboration and real-time physically accurate simulation. Creators, designers, researchers, and engineers can connect major design tools, assets, and projects to collaborate and iterate in a shared virtual space. Developers and software providers can also easily build and sell Extensions, Apps, Connectors, and Microservices on Omniverse’s modular platform to expand its functionality”.