Published March 11th, 2022 - 05:00 GMT
Bitcoin faces the scalability limitations of its blockchain and is only capable of processing a modest seven transactions per second (TPS). (Shutterstock)
Highlights
crypto is its transformative financial application that has allowed money to be sent directly from A to B without the need nor the permission of a third controlling party.

The revolutionary potential of blockchain is one of the reasons why investors are so enthusiastic about crypto. In the grand scheme of things, while the blockchain technology has other non-financial uses, crypto is its transformative financial application that has allowed money to be sent directly from A to B without the need nor the permission of a third controlling party. 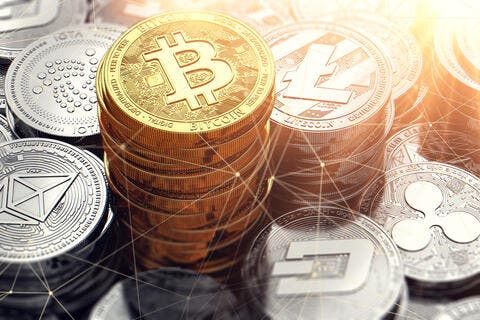 What Are The Types of Cryptocurrencies?

Why Does The Speed of Transaction Matter?

In order for bitcoin, which is the first use case of blockchain technology, to be adopted internationally as a mainstream means of value transfer, it has to have the capacity to handle a large number of transactions in one block without compromising the network’s security nor its speed. This is called the issue of scalability. Bitcoin faces the scalability limitations of its blockchain and is only capable of processing a modest seven transactions per second (TPS).

Similarly, the second crypto by market cap Ethereum, which is plagued with high gas fees (transaction fees) due to its congestion, has low stability of 35.31 TPS, which makes scalability an inherent issue to ETH network too. While the race for the best crypto project is still on, in this article we’ll explore which one is the fastest in processing transactions.

Here are 4 crypto that has the fastest transaction time

1. Solana
Considered to be "a potential long-term rival for Ethereum", Solana, which is a decentralized blockchain built to enable scalable, user-friendly apps for the world, is becoming wildly popular due to its speed of transactions. Solana blockchain has lured a wide range of developers who were looking for an alternative for the first programmable blockchain due to its congestion that makes it slow and high fees. Solana is capable of processing at least 50,000 transactions per second (TPS) at a rock-bottom cost of less than $0.01 per transaction. 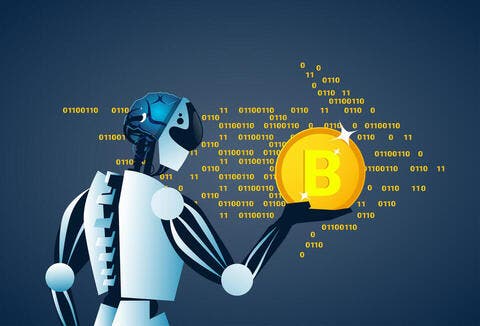 4 Ways AI Can Help You Make Money in Crypto

2. Stellar
The open source blockchain platform that attained Sharia compliance certificate back in 2018, Stellar Lumens, can process up to handle 3000+ TPS. Stellar is an open-source network for creating, sending and trading in a much faster, cheaper, and more energy-efficient than typical blockchain-based systems.

4. Cardano
Founded on peer-reviewed research and developed through evidence-based methods. Cardano is considered one of the fastest cryptocurrencies with the ability to handle 2 Million Transactions Per Second (TPS) with 2,000 staking pools. Cardano is one of the fastest-growing proof-of-stake blockchain platforms that climbed up the exploding popularity chart by crypto market cap since its creation in 2015. Cardano is considered as one of the most scalable blockchains, by the World Economic Forum.