Published June 27th, 2022 - 02:20 GMT
Privacy has become one of the mounting concerns for many people on the internet. (Shutterstock)

The first thing that comes to mind when you hear the word cryptocurrency is anonymity due to the cryptography involved. Many thought that digital currencies like bitcoin let users do private transactions that banks, governments, and law enforcement agencies couldn't track. But that's not the case.

As bitcoin may provide more enhanced privacy than total surveillance of banks, personally identifiable information such as an investor's name, address, and phone number can still be traced. While many of us may be unbothered that anyone can open the bitcoin blockchain and view all of the transactions’ history since the network started operating in early 2009, for people who value the privacy of their identities and activities, this might be a major source of concern. 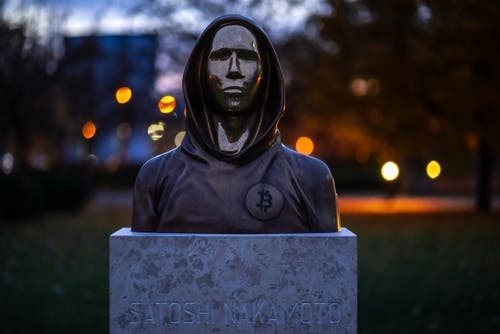 While bitcoin's blockchain does not guarantee anonymity, like what Satohsi Nakamoto enjoyed, there are cryptocurrencies that can ensure the auditability required by regulators and the anonymity demanded by users who have a range of reasons for keeping their identities hidden due to worried that the publicity of their wallet balance and addresses might make them targets for hackers.

Although it is feasible to jump through hoops to avoid entities tracking your crypto transactions and eventually lose them on your trail, via services that are called crypto mixers.

Without any further ado, here are the 5 most privacy-centric cryptocurrencies for users who seek more seclusion:

Monero is the leading cryptocurrency focused on private and censorship-resistant transactions. Monero (XMR) has grown in popularity, owing mostly to its capacity to aid in user anonymity.  The blockchains of most existing cryptocurrencies, including Bitcoin and Ethereum, are transparent. Anyone around the globe can verify and/or trace transactions. As a result, the sending and receiving addresses of these transactions may be connected to real-world identities.

Monero, on the other hand, employs a variety of privacy-enhancing mechanisms to maintain its users' anonymity.

Because Monero transactions use ring signatures and stealth addresses, they are substantially more difficult to track. These strategies aid in concealing the sender's and receiver's identities. Furthermore, Ring Confidential Transactions, or RingCT, helps to conceal the transaction value, increasing privacy.

Dash was launched on January 18, 2014, by founder Evan Duffield who built it based on bitcoin. Dash is a digital currency that allows anybody, wherever in the world, to make rapid, easy, and inexpensive payments at any time without the need for a central authority.

Dash, which is based on a decentralized peer-to-peer network and is protected by powerful cryptography, provides a barrier-free payment method. Dash is a digital currency that is portable, affordable, divisible, and quick for use on the internet and in everyday life. Dash payments can be made and verified by both parties even without any personal information in the transaction, which makes it extra privacy-centric as transactions go through a mixing protocol utilizing an innovative decentralized network of servers called masternodes. This Dash cannot be traced, and its history is unknown.

Zcash is a digital currency that is fast, secure and has low fees, developed by a team of world-renowned experts from MIT, Johns Hopkins, and other prestigious academic and scientific institutions. It was based on the original Bitcoin code base, but with several significant changes, including privacy-preserving shielded addresses and a community development fund.

Zcash transaction data, like Bitcoin, is recorded to a public blockchain; but, unlike Bitcoin, Zcash allows for secret transactions and financial anonymity via shielded addresses. Transactions can be confirmed using zero-knowledge proofs without revealing the sender, receiver, or transaction amount. Zcash's selective disclosure features enable users to share some transaction details for compliance or audit purposes.

Verge was launched in 2014 under the name DogeCoinDark. In 2016, it was rebranded to Verge Currency but is still a secure and user-friendly digital currency. Verge aims to improve on the original Bitcoin blockchain.

To help keep transactions secure, Verge includes TOR, or The Onion Router, an IP obfuscation tool. Verge, according to its creators, is one of the few cryptocurrencies that supports many algorithms and employs the Proof-of-Work mining method. Verge supports five distinct hash algorithms for the more technically inclined: Scrypt, X17, Lyra2rev2, myr-groestl, and blake2s.

Bytecoin is a private, decentralized cryptocurrency with an open-source code that allows everyone to take part in the network development of Bytecoin. Privacy and security are naturally proponents of Bytecoin and it’s the best solution for those who want to keep their finances private.

To make transactions untraceable, Bytecoin uses Ring signatures to mix different outputs of similar value into one transaction, making it nearly impossible to deduce where the money came from. On the theBytecoin blockchain, all addresses are obscured. Thus, Bytecoin allows users to generate numerous unlinkable one-time addresses from a single set of keys. This makes it nearly impossible to establish a connection between transactions or addresses.