5G: The Iceberg of the Aviation Industry?

Published January 19th, 2022 - 08:46 GMT
Although AT&T and Verizon announced that they would delay turning on some 5G towers near airports, several airlines cancelled flights anyway. (Shutterstock)

There has been a lot of conspiracy theories around 5G and its "harmful" effects, however, none of them were proven right. That said, it seems that 5G technology does seem to have a "catastrophic" effect on the aviation industry, specifically in the United States.

On Monday, the chief executives of major US passenger and cargo airlines have warned of a "catastrophic" aviation crisis this week as AT&T and Verizon deploy new 5G services today, January 19.

The letter that was signed by  by the chief executives of American Airlines, Delta Air Lines, United Airlines, Southwest Airlines and Jet Blue, as well as freight and parcel carriers UPS and FedEx said: “Unless our major hubs are cleared to fly, the vast majority of the traveling and shipping public will essentially be grounded.”

They warned new C-Band 5G service could interfere with crucial airplane tools such as radio altimeters – which  give precise readings of the height above the ground on approach and help with automated landings, as well as verifying the jet has landed before allowing reverse thrust.

Although AT&T and Verizon announced that they would delay turning on some 5G towers near airports, several airlines cancelled flights anyway. Other airlines are expected to announce further cancellations unless the Federal Aviation Administration (FAA) issued new formal guidance.

Among the airlines that suspended flights to the US was Dubai's Emirates that canceled flights to 9 US destination, and is only flying to New York's JFK, Los Angeles and Washington DC at the moment.

Why is 5G causing an issue only in the US?

Some might wonder why the disruption is happening only in the US while other countries that successfully rolled out the 5G technology didn't encounter such issues.

Well, the answer is in the frequency range that the 5G technology operates in.

However, in the EU, the 5G is deployed in lower frequency compared to the one approved in the US - 3.4-3.8 GHz range. Same thing applies to South Korea where the the 5G mobile communication frequency is 3.42-3.7 GHz band. 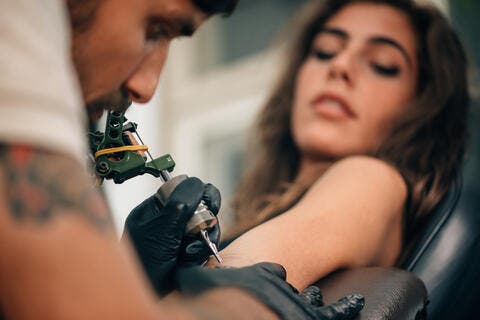 There are two solutions for this issue, a short-term solution and long-term one.

AT&T and Verizon already took care of the short-term solution by agreeing to temporarily defer turning on some wireless towers near key airports to avoid disruption to US flights.

The long-term solution seems to be the FAA's responsibility because it needs to clear and allow the majority of the US commercial airplane fleet to perform low-visibility landings at many airports where 5G C-band will be deployed. In other words, certifying altimeters to operate near 5G base stations.

Than Man Who Fought The Israelis And Killed by Them

Jordan: What Happened to My Amman?