8 Most Expensive World Cup in History

The FIFA World Cup is one of the world's most prestigious events, and hosting it always brings a great deal of pressure and excitement to the host country. The entire world is watching this sporting event with bated breath. The quality of World Cups has steadily improved over the years. Every World Cups brings something new, whether it's game quality or technology. 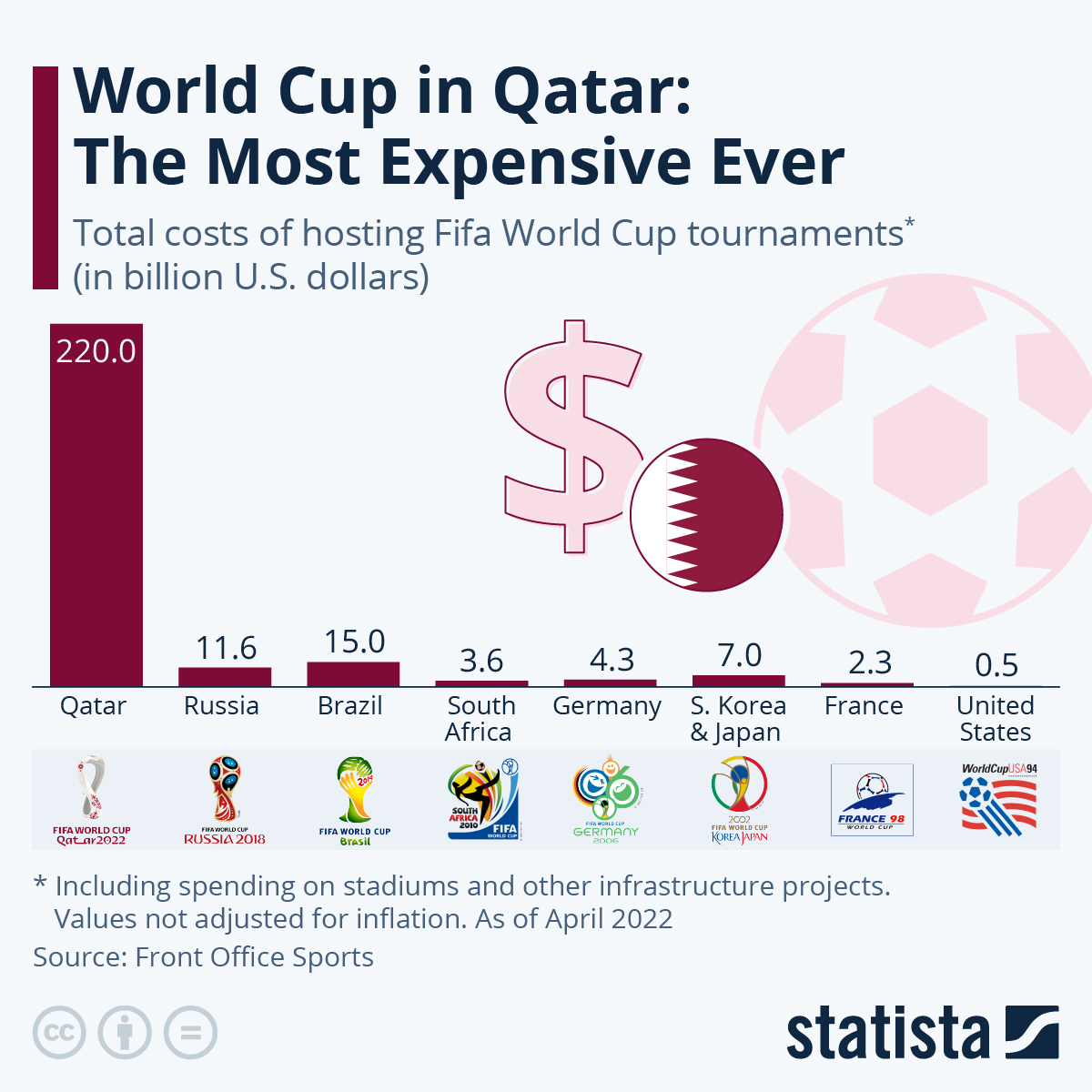 You will find more infographics at Statista

Let's look at the most expensive World Cups in football history.

8 Most Expensive World Cup in History 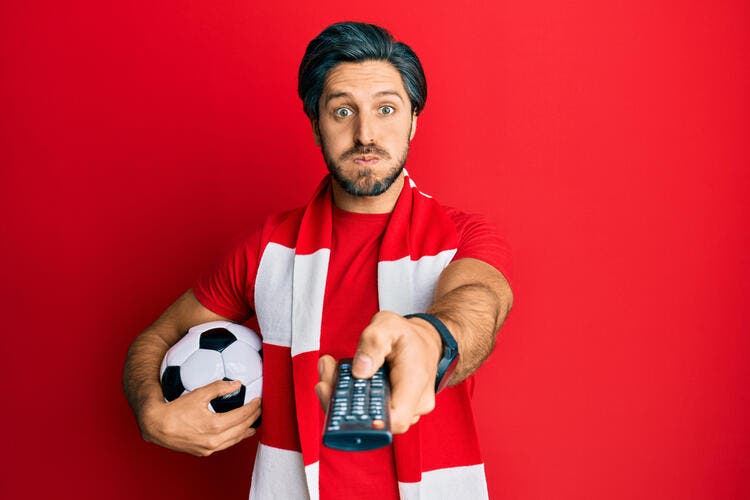 Qatar, which might not be a powerhouse of football, has spent more than $200 billion on World Cup preparations, including constructing roads, stadiums, and hotels. Despite the fact that much of the infrastructure spending is part of a larger public investment project, this World Cup will be the most expensive ever.

According to Forbes, the estimated cost of Qatar's seven soccer stadiums for this year's World Cup ranges from $6.5 billion to $10 billion. Following the event, stadium sections will be deconstructed and donated to other countries, and the buildings will be repurposed as community space for schools, shops, cafes, sporting facilities, and health clinics. Stadium 974 was built from recycled shipping containers and will be completely dismantled and removed.

The 2014 World Cup was one of the most important World Cups in football history because it marked the beginning of World Cup technology. This tournament saw the introduction of goal-line technology, as well as anti-doping tests by FIFA.

Brazil spent $15.6 billion on the World Cup, renovating some of the most iconic stadiums. The investment was also made because Rio was hosting the Olympics in 2016, so it served a dual purpose.

The most recent World Cup was held in 2018, and it was hosted by Russia. The French National Team won the tournament, and it was the most high-profile World Cup ever. They built some high-tech stadiums and imported turf from other countries to prepare for the tournament.

The tournament was held in Asia for the first time, and Korea and Japan outperformed expectations. During the World Cup, they spent $11.6 billion and completely transformed their country's sporting infrastructure. Furthermore, the competition was well-attended, with a total of 2,705,198 people in attendance.

The 2002 World Cup was one of the most anticipated and surprising World Cups in history. Underdogs such as Turkey and South Korea defied the odds and finished third and fourth, respectively.

In 2006. Germany hosted the competition for the second time, but that didn't stop them from spending lavishly. Despite having some of the best stadiums in the world, they spent approximately $4.3 billion on World Cups preparations.

Germany was praised for their outstanding hostility during the World Cups. Throughout the tournament, the average attendance was 52,491.

Since it was the first World Cups to be held on the African continent, the 2010 tournament was historic. The host nation exceeded all expectations, despite media leaks about allegations of bribery against FIFA prior to the competition regarding the decision to award the World Cups to South Africa rather than more football-oriented countries like Morocco.

France chose 10 cities for the massive event, spending a total of $2.3 billion on facilities. France won that World Cups, and home fans were a major factor in their victory. The 1994 World Cup's recorded attendance per game was 43,511.

The United States may not be a football powerhouse, but it hosted one of the most successful editions in 1994. At 63,991, the average attendance at the 1994 World Cups remains the highest in World Cups history. Brazil won the World Cups that year by defeating the mighty Italians at the Rose Bowl in California.

The USA spent around $500 million on the World Cups, which is a lot for the 1990s. Following extensive renovations prior to the tournament, nine venues were chosen for the World Cups. The United States will host the event again in 2026, hoping to produce another masterpiece.