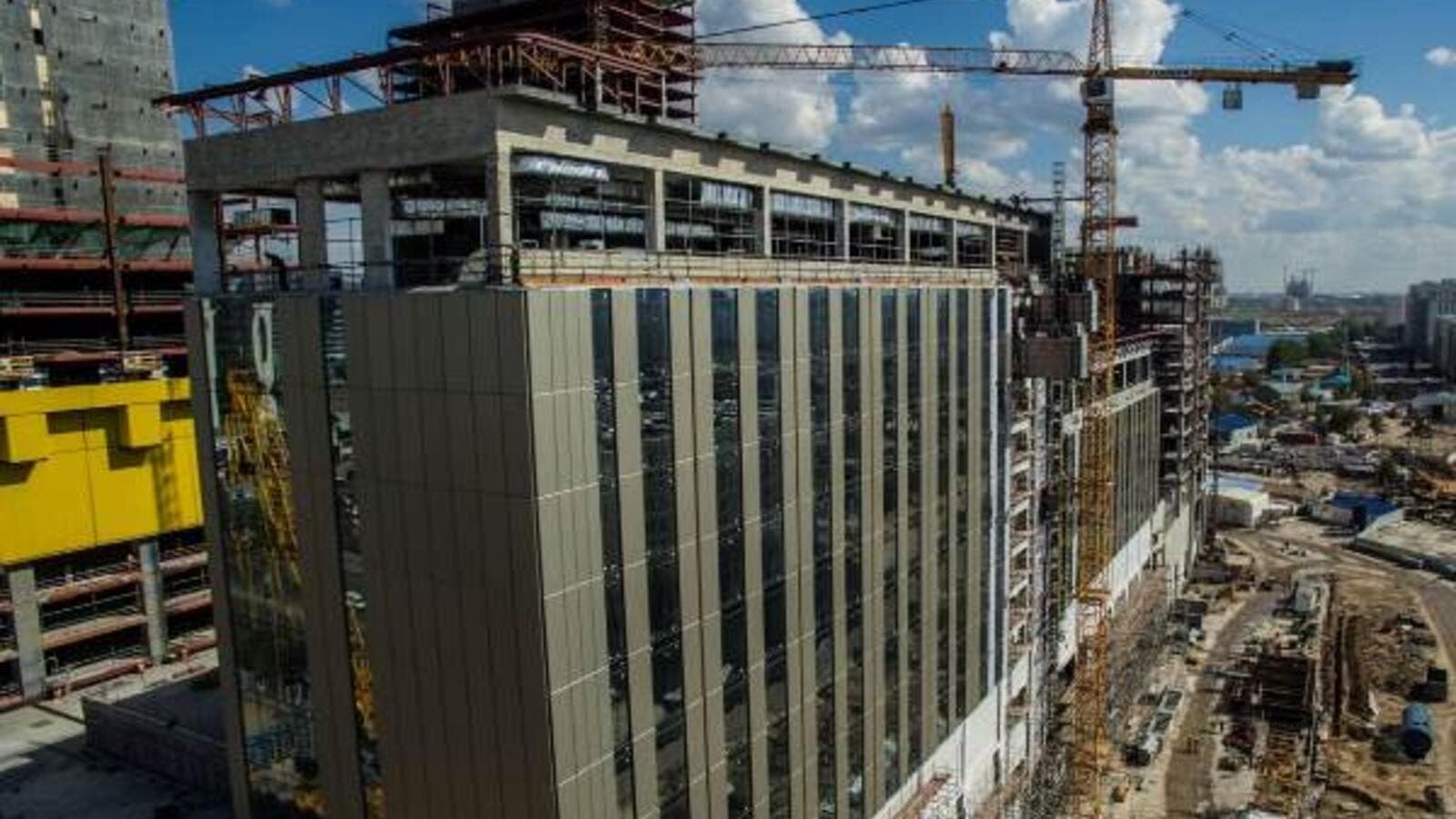 The cost of renting prime office space in Abu Dhabi has fallen in the last year and is expected to fall further, according to a report. (File photo)

The cost of renting prime office space in Abu Dhabi has fallen in the last year and is expected to fall further, according to a report by real estate broker Knight Frank.

Landlords have been cutting rents and offering incentives to tenants, pushing prime office space prices down by 1.6 percent in the first quarter of this year compared to Q1 2017, the research found.

Prime rents in Q1 stood at around an average of 1,800 dirhams ($490) per square meter a year. Grade A and citywide rents declined more sharply, falling by 8.2 percent and 12.9 percent respectively to reach an average of 1,422 dirhams p/sqm and 1,083 dirhams per/sqm.
Demand for office space has declined in Abu Dhabi in recent years due to falling oil prices and the subsequent economic slowdown. This year landlords have conceded they needed to cut rates to spur demand, prompting “tentative signs of renewed activity within Abu Dhabi’s occupier market,” the report said.
The short to medium-term outlook for Abu Dhabi’s office market remains “negative,” with further falls in rental values expected over the coming year, according to Knight Frank.
The real-estate broker said that while more than 195,000 square meters of stock is scheduled to be delivered this year, it is likely that only 70,000 square meters will hit the market, with the remainder pushed into the second half of 2019.
The research pointed to increased pressure on vacancy rates in the citywide market due to current occupiers moving into newer higher-grade stock that is increasingly becoming more affordable due to rent cuts.
By Rebecca Spong