Angry passengers hit out at American Airlines after pilot shortages, staff sickness and maintenance issues saw it cancel 303 flights over the weekend. 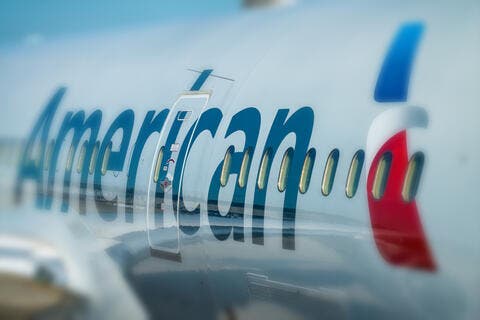 Social media users took to Twitter to vent their frustration after the airline reported 180 cancelations on Sunday. That was on top of 123 cut on Saturday. Meanwhile, another 98 flights were pre-emptively canceled for Monday, amid warnings a surprise surge in demand for post-COVID travel could see 3,000 AA flights canceled by the end of July.

@AmericanAir - my flight was cancelled for tomorrow. Trying to talk to a human to get a new flight. Somebody suggest ANY WAY TO GET HELP now a days.

Bosses explained that the ongoing issues could force them to cancel 50 to 60 flights a day for the remainder of June - equivalent to 600 planes, and up to 80 flights a day in July - a further 2,480 jets.

Americans have returned to the skies far more quickly than large airlines were expecting as COVID-19 numbers drop and quarantine rules are lifted amid widespread access to vaccines. That sudden surge in demand has caught carriers by surprise, ABC News reported.

US airlines suffered their worst year in history in 2020 - losing a combined $35 billion. American, which is the world's biggest airline by fleet size and passenger numbers, accounted for more than a quarter of that loss, falling $9.5 billion into the red.

One passenger left stranded on Sunday tweeted,  'American Airlines cancelled my flight because “not enough people boarded” and I’ve been stuck at the airport since 8 am and finally they just confirmed me for a flight at 6pm. Never again.'

Another wrote: 'You’ve canceled two flights. I was on hold for hours. The flight change is NOT acceptable. Need to speak with an agent. Also need a refund on the extra fee I was charged for a flight change I made to my original booking that AA has now canceled. You owe me money.'

Another, Scott Kubie tweeted that his partner's, American Airlines flight was, 'canceled last minute for no given reason. We're thinking pilot shortage. Fine, there's a pilot shortage. Don't sell tickets you can't honor. They were incredibly s***y and unhelpful at the service counter.'

Another wrote,: 'Hey #AAteam have a wife that just had surgery and has to fly home and you canceled the flight without out notice. Didn’t schedule another one and not nearly enough credits to pay for a last minute flight home. Good work on getting us home for #FathersDay'

Irate passenger Matt Jones took to Twitter to share a photo of a line he claimed was a mile long for customer service desks at Miami International Airport.

Jones and his fellow passengers were forced to line up after their American Airlines flight from the Florida city to New York was hit by lengthy delays, before finally being canceled.

Last year's large-scale dismissal of experienced airline pilots to save cash has now led to a severe shortage of AA staff who can fly its Boeing 737 jets, which form the backbone of the airline's domestic fleet. It shed 1,200 of its 15,000 pilots, but is now urgently trying to rehire more of those highly-skilled airmen and women.

Many experienced airline pilots were fired last year as airlines struggled to stay afloat during COVID, which saw travel bans imposed - and many others left too frightened to take to the skies.

As the industry comes roaring back, United Airlines Chief Executive Officer Scott Kirby warned that the United States could be facing a pilot shortage in the future, as more pilots who earned their wings in the military during the Cold War retire.

'The military produces far fewer pilots today than in the Vietnam and Cold War era,' he told Axios, 'and it's hard to become a pilot, a commercial airline pilot if you're not going through the military.'

Overall, American says it plans to cancel around 1% or 950 flights for the first half of July as it struggles to adjust to a new uptick in demand as the coronavirus pandemic recedes, according to the Wall Street Journal.

The majority of cancellations were for the A320 and 737 aircraft, and American said it anticipates cancelling 50 to 60 flights per day for the remainder of June and 50 to 80 flights per day in July, with total of up to 3,000 the airline told ABC.

'We made targeted changes with the goal of impacting the fewest number of customers by adjusting flights in markets where we have multiple options for re-accommodation,' American said in a statement.

Many of those pilots put on leave after demand for air travel collapsed at the start of the COVID outbreak are now in huge demand among airlines.

The number of jets themselves have also increased, with the Boeing 737 MAX once again approved for service after two deadly crashes saw it taken out of service, according to One Mile at a Time.

As air travel saw a sharp drop-off during the pandemic, many airline employees were offered early retirement and a buyout, leaving vacancies that have yet to be filled, ABC reported.

Companies that provide catering, fueling and wheelchair services have also been short staffed, causing disruptions across American's operations, according to the Journal.

The cuts, an American spokesperson said, are intended to give the airline more flexibility and are intended to be focused in areas where there are other flights that can accommodate customers, the Journal also reported.

Despite the cuts, American is still scheduling far more flights than its competitors, with a July schedule roughly 20% larger than either Delta or United Airlines.

The logistical challenges come as air travel demand is approaching pre-pandemic levels, with the TSA reporting more than 2 million passengers on June 11. 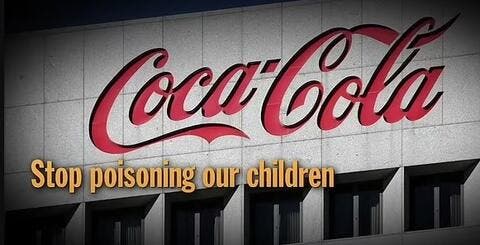 It was the first time since March, 2020 that the agency had screened that many passengers.

On the same day in 2019, for example, the TSA screened around 2.7 million passengers.

After a rough weekend for the airline, American customers shared their horror stories on social media, offering a human perspective on just how disruptive the cancelations had been.