Published June 8th, 2021 - 06:05 GMT
The WWDC — in a virtual format for the second year running — kicked off after Apple recently announced that its App Store ecosystem facilitated $643 billion in billings and sales in 2020. (Shutterstock)
Apple on Monday introduced another slew of enhancements across its operating systems, which are focused on making it easier to stay connected and providing more powerful productivity tools as users continue to embrace the dynamics of the new normal.

Apple has unveiled its latest updates in iOS 15, including new FaceTime and iMessage features https://t.co/VD9pKeu716 pic.twitter.com/F6CxRhOVcS 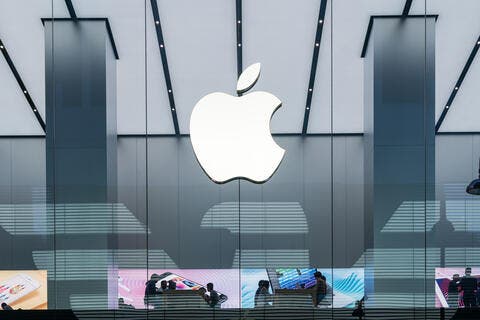 At the annual Worldwide Developers Conference (WWDC), the iPhone maker continued to dish out new features that will address the demands of life after the pandemic, which has dramatically shifted the way people have approached work, study, play and just about any activity.

CEO Tim Cook, in his keynote address, lauded the efforts of the tens of millions of App Store developers that have thrived and taken on the challenge of making a difference in an increasingly digital and connected world.

"Your creativity and groundbreaking apps continue to deliver new and meaningful ways to enrich people's lives," he said.

"We applaud the extraordinary work you've been able to do throughout this challenging time."

The WWDC — in a virtual format for the second year running — kicked off after Apple recently announced that its App Store ecosystem facilitated $643 billion in billings and sales in 2020, a 24 per cent annual increase. An Analysis Group study found that the number of small developers worldwide has grown by 40 per cent since 2015, making up more than 90 per cent of App Store developers.

As always, the general release of the new platforms is expected around September, in time for the traditional unveiling of the new iPhone line-up.

And despite rumours of new MacBooks and the M2 chip, no hardware was teased at the WWDC.

More to play, work with

A plethora of new features and updates were introduced by Apple, both OS-specific and for its overall ecosystem.

Across its operating systems — iOS, iPadOS, macOS and watchOS — Apple introduced new privacy features designed to help users monitor and control the usage of their data.

Among the new features included are protecting data from third parties in e-mails, processing Siri audio requests by default on devices and the App Privacy Report, which shows users how often an app has been granted permissions in the past seven days.

Internet privacy has also been enhanced with iCloud+, with Private Relay, Hide My Email and expanded HomeKit Secure Video support. These new features come at no additional cost.

The iPhone's operating system received a boost in terms making it easier for users to stay connected and focused thanks to improved intelligence.

FaceTime calls now feature spatial audio for more natural conversations, as well as Portrait mode that gives out bokeh effects similar to that on the iPhone's camera. SharePlay, meanwhile, lets users on group calls to listen to audio or watch videos simultaneously.

Another new feature called Focus, which filters notifications based on situations a user is in. For example, if a user is at work, he or she may choose to be notified by only those from the workplace. The feature is customisable with widgets and even a home screen.

Web browser Safari has also been given a redesign, as well as Weather and Maps, which are now richer in detail.

Expanded support for digital keys on Wallet have also been introduced, ranging from those for cars to doors at home and hotels. This feature, however, is only available in the United States. Later this year, Apple said that it will add driver's licences and state IDs to wallet in the US.

Apple recently launched its first M1-powered iPad Pro, and now has complemented it with new productivity enhancements on iPadOS 15.

A new multitasking menu will now be on the top of apps, letting users go into Split View or Slide Over with just a tap. Using the new shelf, they can also multitask with apps that have multiple windows like Safari and Pages, as well as quickly preview e-mails.

Widgets can now be placed among apps on home screens. Also coming to tge iPad is the App Library, which was first launched on iOS and automatically organises apps into categories.

Features for Focus, Safari and FaceTime that were mentioned above are also available on iPadOS 15.

The new version of macOS, Monterey, was also unveiled, featuring even more productivity tools for users.

Arguably the biggest revelation is the Continuity features: Universal Control, which lets users work with a single mouse and keyboard and move between a Mac and iPad; and AirPlay to Mac, where users can play, present and share files from an iPhone or iPad to a Mac’s display.

Shortcuts is now also on the Mac, automating daily tasks. Notes, meanwhile, features Quick Note, a new way to jot down notes on any app or website systemwide. The Focus, FaceTime and SharePlay features are also on Monterey.

Among the newest features for the Apple Watch include expanded support for Wallet, just as previously mentioned for iOS 15. New workout types and a redesigned Home app are also new to watchOS 8. Portraits watchface and photos have also been introduced. 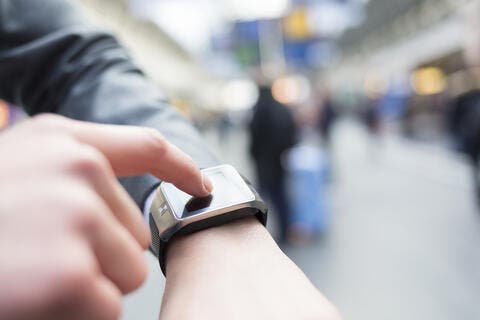 The Breathe app has been renamed as Mindfulness, featuring an enhanced experience, plus a new session type, Reflect, offering a mindful intention to focus on for as little as one minute that can be done anywhere and at any time. Along that, sleeping respiratory rate was also unveiled, which is the number of breaths a minute.

Also with iOS 15, users can use choose to securely give a loved one visibility into their health and wellness data, enabling them to have more meaningful conversations and provide support — even from afar — as they follow important alerts and changes over time.

Another industry first, Walking Steadiness, on the iPhone provides insight into the risk of falling by capturing important mobility data as users walk with an iPhone. It uses custom algorithms to assess balance, stability, and coordination through built-in motion sensors on iPhone. In addition to alerting users of possible fall risk, Walking Steadiness helps users meet their stability goals. Users can choose to receive a notification when their score is low or very low, and be directed to curated visual exercises that are based on clinically validated methods to increase strength and balance.