Behind The Scenes of Ghosn's "Last Flight"

Published June 13th, 2021 - 09:30 GMT
“The Last Flight” runs at 103 minutes and will also be shown as a three-part series. It will also air on ShahidVIP and the BBC. (AFP)
“How on earth do you get to the point where somebody like Carlos (Ghosn) has to hang out with shadowy figures to smuggle him out across an international border, halfway across the world, safely?” Nick Green, the director of an upcoming documentary about the former Nissan chairman called “The Last Flight,” told Arab News.

The question of how Ghosn slipped through one of the tightest borders on the planet has been on everyone’s minds ever since he fled house arrest in Tokyo and escaped to his native Lebanon. 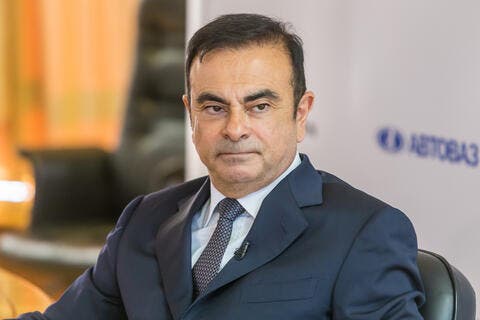 “This is a story that you think you know, but there's a human being behind the story. And to get the human story of what is effectively a heist is completely unique,” Green said.

Ghosn, dubbed “Mr. Fix It” for essentially saving Nissan from bankruptcy, was arrested in Tokyo over allegations of false accounting and financial misconduct, including underreporting his salary and using company funds for personal benefit.

The 65-year-old businessman spent 13 months in custody or living in his Japanese home under 24-hour surveillance and strict bail conditions. But, in Dec. 2019, he pulled off a complex and dramatic escape that could have come straight from the pages of a TV or film script.

And yet it was all true.

Arab News had an exclusive inside look into the magic behind the highly anticipated documentary, which was the first venture into international production for Saudi Arabia’s MBC Studios in partnership with the French company ALEF ONE and the UK’s BBC Storyville.

Every step of Ghosn’s arrest and escape was heavily covered by news agencies across the globe, however “The Last Flight” promises to shed light on the human side of Ghosn that was not covered.

“With the press and the international outlets (they) have covered the story on a day-to-day basis, but from an outside perspective. Here we are having a unique and, for the first time, the inside perspective, meaning an inside one from Carlos Ghosn and Carole Ghosn, his wife,” Nora Melhli, the documentary’s executive producer, told Arab News.

“This is the first time they are telling how their story started first and how they lived it from the inside,” she said, adding that the documentary allowed viewers to ultimately become insiders.

Global filming during a global pandemic

There were multiple filming locations because of Ghosn’s global connections including Lebanon, Japan, France, the UK and South Africa, a challenging scenario as flights were grounded and travel was at a standstill amid the coronavirus pandemic.

“I couldn't travel to Cape Town because at the time there was the South African variant, so I ended up having to shoot these shots with everything on a Zoom call,” Green said.

He was sent images through the director of photography’s (DOP) monitor, and another director on location was being told through headphones what to do and tell the DOP.

“We ended up sort of finding our way to working with some extraordinarily sort of talented people who, you know, (are) just very cool at working in this sort of new way, a COVID way,” he added.

Among those interviewed for the documentary were officials from Japan’s Ministry of Justice, a Japanese prosecutor, Ghosn’s Japanese lawyer, the former French minister of finance, and Ghosn's former boss.

As there was no footage of Ghosn’s actual escape, the retelling was done through what Green described as a slight visualizing palette with pictures, with all the Japanese posters and signage being shot in Cape Town.

MBC Studios secured the rights to Ghosn’s story in 2020 and announced its plans for it in October of that year.

The CEO at the time, Marc Antoine D’Halluin, told Variety magazine that this project would mark the start of “a long lineup” of other MBC shows of this type.

“I think it’s going to change the perception of MBC Group and MBC Studios,” he said. 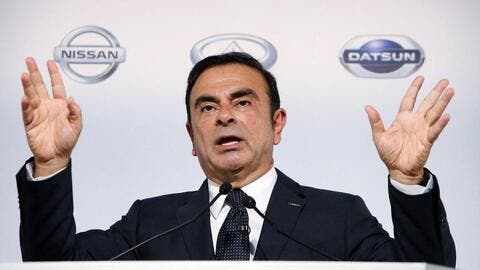 Less than a year later and the documentary is an official selection at the Sheffield International Documentary Festival, which is the third largest documentary festival in the world.

“This was my first collaboration with MBC and they gave me and Nick (Green) the director, a total kind of green card, they gave us what we needed to make it in the best way,” Melhli said. “We have a very strong vision all of us together, MBC and the creative team, and they just gave us everything we needed to follow our vision and trusted it.”

“The Last Flight” runs at 103 minutes and will also be shown as a three-part series. It will also air on ShahidVIP and the BBC.