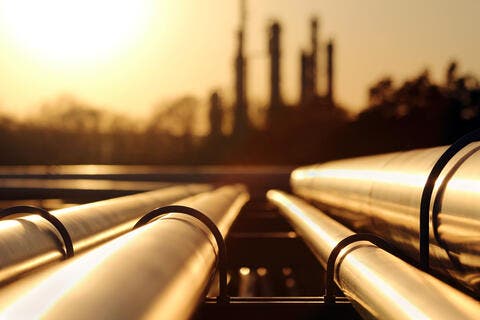 The company said it made the decision in consultation with its partner, the government of the Canadian province of Alberta, which bought into the project with US$1.1 billion worth of taxpayers’ money and also guaranteed US$4.2 billion in loans to finance its construction, Bloomberg reported.

The 1,200-mile (1,930-kilometer) pipeline was to deliver 830,000 barrels a day of oil sands crude oil from Alberta, Canada to the US state of Nebraska, but the US$8 billion project was put on hold after US President Joe Biden cancelled its permit.

"Construction activities to advance the project were suspended following the revocation of its Presidential Permit on January 20, 2021," TC Energy said in a statement obtained by Anadolu Agency.

"The company will continue...to meet its environmental and regulatory commitments and ensure a safe termination and exit from the project."

First begun in 2008, the pipeline’s construction has been an on-again, off-again affair.

It was cancelled by then-US President Barack Obama because of climate change concerns, reversed and given the green light by then-President Donald Trump, and finally killed by Biden, who in doing so fulfilled a campaign promise. Only 8% of the pipeline has actually been constructed.

Canadian Prime Minister Justin Trudeau and his government lobbied for the project to continue, but it appears it is now at a dead end.

In January, Alberta Premier Jason Kenney expected the worst and it came to pass, leaving the province to recoup as much of the money it spent on the project by selling off pipe and equipment.

"If the project fails, there would be assets that could be sold, such as enormous quantities of pipe," Kenney said at a press conference in January, a couple of days before Biden revoked the project permit.