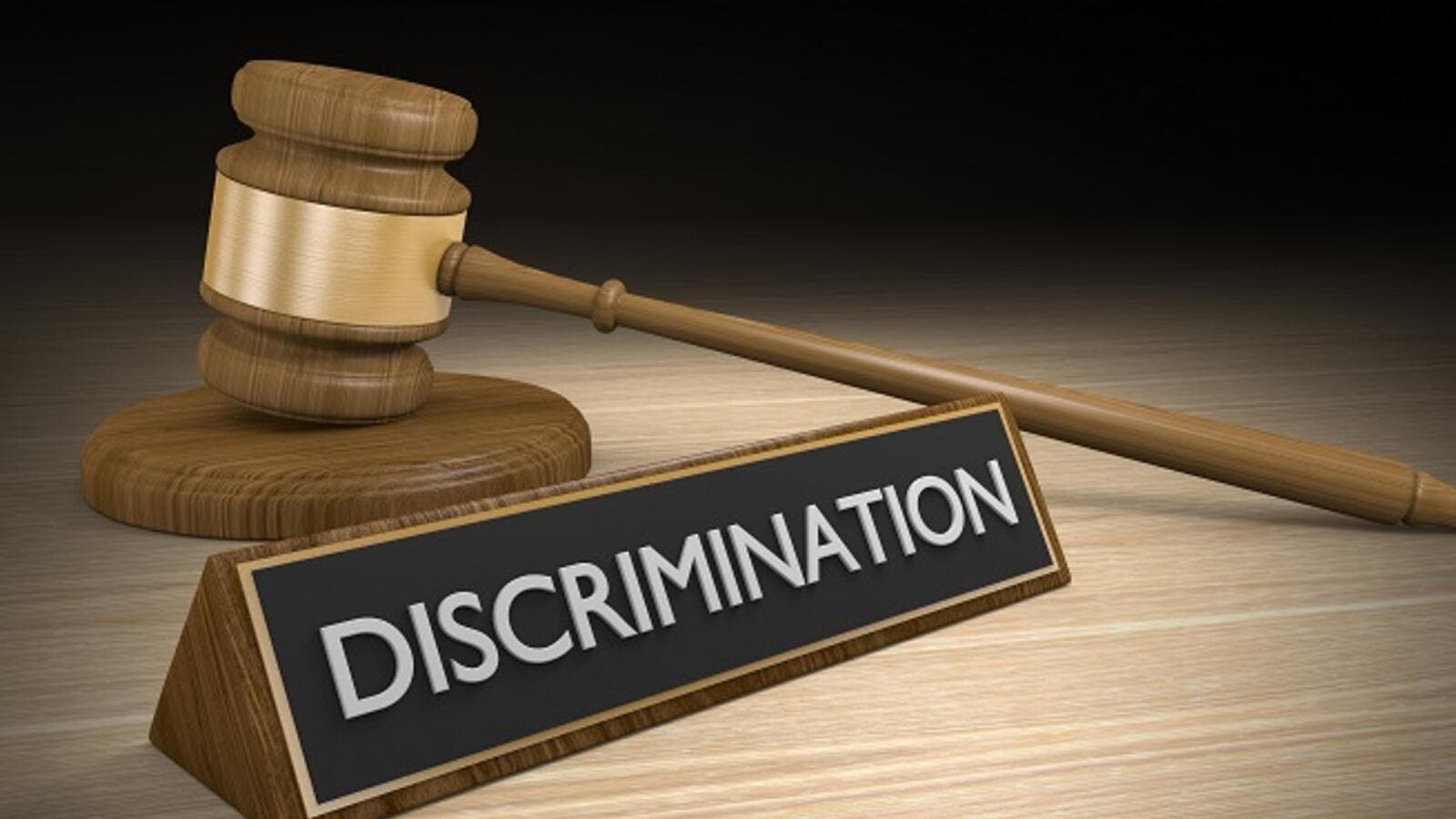 Any person, who commits any act of discrimination of any form by any means of expression or by any other means, shall be sentenced to imprisonment for a period not less than five years, and by a fine not less than Dh500,000 and not exceeding Dh1 million or either one of these two penalties. (Shutterstock)

Q: I would like to know how to deal with racism at the workplace. I understand that the UAE introduced an anti-discrimination law recently. Has it been implemented? Despite putting my heart and soul into my company in Dubai, I have been drawing the same salary under the same designation as I started out seven years ago. However, some other colleagues - who happen to be of the same nationality as my boss - had been promoted despite mediocre performances. I have documented proof of how I brought in more business to the company than these two others I mentioned. In some months, they did not even achieve their sales targets. How do I tackle this?

A: It is understood that you have been employed by a company where you believe you are suffering discrimination. You have been employed for seven years in the same firm, but you are still drawing the same salary and hold the same designation as in the first year of your employment, despite working very hard. Although you have performed better than your colleagues, two of them have been promoted despite average performances, and, incidentally, such colleagues happen to share your boss' nationality. It is further noted that you are in possession of documented proof to show that your performance was better than your colleagues' at work.

"Discrimination: Any distinction, restriction, exclusion or preference among individuals or groups based on the ground of religion, creed, doctrine, sect, caste, race, colour or ethnic origin."

In view of the above, it may be noted that any act of discrimination, by any means of expression or otherwise, shall be an offence punishable with a minimum jail term of five years and with a fine that may range between Dh500,000 and Dh1 million. This is in accordance with the Article 6 of the Anti-Discrimination Law, which reads as follows:

"Any person, who commits any act of discrimination of any form by any means of expression or by any other means, shall be sentenced to imprisonment for a period not less than five years, and by a fine not less than Dh500,000 and not exceeding Dh1 million or either one of these two penalties."

Article 17 puts the onus on the representatives, directors and agents of entities in the UAE to the effect that if any of the crimes described under the Anti-Discrimination Law occurs with such person's knowledge, then the person shall be sentenced to the same penalties prescribed for the crime. Further, the concerned entity shall also be held jointly liable for the settlement of pecuniary penalties and/or the compensation. Article 17 reads as follows:

"The representative, director or agent of a legal entity, in case any of the crimes set forth in the present Decree Law is committed, with his knowledge, by any employee of said entity acting in its name or to its interest, shall be sentenced to the same penalties prescribed for the committed crime. The legal entity shall be held jointly liable to settle any pecuniary penalties or compensation as ruled thereof."

Additionally, Article 18 lays down that the court shall also order temporary or permanent dissolution of the entity, upon occurrence of any act of discrimination, in addition to the confiscation of money, property, tools or papers, which may have been used for commission of discriminatory acts. Article 18 reads as follows:

Eateries Shut in UAE for Flouting Hygiene Rules
Break This Traffic Law in UAE and Get a DH1,000 Fine and 4 Black Points!

Companies, along with their representatives or directors, can be held liable if it has been proven that their employees were discriminated at work.

Q: I have had a Filipino housemaid for over five years. During her first year with us, her monthly salary was Dh1,500, which had been increased to Dh2,200. She has resigned because she wants to go back to her home country due to some family problems. This happens six months before she is due to complete her contract. She's demanding that I pay her a gratuity of five years as per her present salary. In the labour contract we have signed, there is no mention of a gratuity. Are maids entitled to end-of-service benefits as per UAE laws? How is the amount calculated?

A: It is understood that you have employed a Filipino as a domestic help for over five years, whereby her salary during the first year was Dh1,500 per month, which was subsequently increased to Dh2,200 per month. However, six months prior to the completion of her employment contract, the maid submitted her resignation, owing to her family issues. And in pursuance of this, she is asking for the payment of gratuity of five years in accordance with her present salary.

Pursuant to the second query, it may be noted that the compensation as such shall be calculable at a rate that is equal to the person's 14-day wages for each year of service and shall be due at the time of termination of the employment contract. It may also be noted that the calculation of the period of employment and the corresponding end-of-service compensation shall resume upon the renewal of the employment contract, every time. Further, in respect of the last year of service, a housemaid shall be entitled to end-of-service compensation calculable at pro rata rates for the period of service.
The above assertions are made in accordance with the provisions of Article (26) of the Domestic Worker Law, which reads as follows:

2. The worker shall be entitled to a compensation for the portion of time worked during the last year of employment on a pro rata basis provided the worker has completed no less than one full year of continuous employment."

Nonetheless, it may also be noted that a domestic worker shall not be entitled to end-of-service compensation if the employment contract is terminated by the worker unlawfully. This is in accordance with the provision of the Article (27) of the Domestic Worker Law, which reads as follows:

"The worker shall be denied end-of-service compensation if the contract is terminated due to unlawful discontinuance of work or if the worker acts to terminate the contract without due cause."
In consideration of your case, you may also contact the Ministry of Human Resources and Emiratisation for further clarification.

A domestic worker is entitled to end-of-service compensation after the completion of a minimum of one year of continuous service.