Published August 1st, 2021 - 03:00 GMT
The cash Trump has won will come out of the city's public services budget - with $540,000 being channeled from Chicago's public schools. (Shutterstock)
Highlights
Trump has been awarded the refund on his 98-story Trump International Hotel and Tower

Donald Trump is due a $1 million tax refund on his controversial Chicago skyscraper  - but state attorney Kim Foxx's office is trying to stop him from getting it. 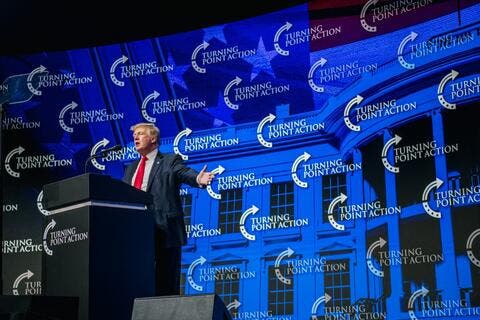 Trump: I Would Have Been 'OK' If I Lost Fairly to Biden

The billionaire ex-president is in line to receive the windfall after the Illinois Property Tax Appeal Board voted 5-0 to refund the amount levied on the Trump International Hotel and Tower's commercial units for the 2011 tax year.

Around $540,000 of that money will be redirected from Chicago's public schools to pay Trump.

His lawyers had previously argued that he was paying too much tax on the 98-floor building because he could not find tenants to fill the tower's commercial units, meaning they had been overvalued.

Previous attempts to claw back tax failed because assessors insisted the empty retail units added 'contributory value' to the building, and should be taxed as if they were occupied.

The Appeals Board has now sided with him, with the cash that Trump is owed coming out of a public kitty that pays for the Windy City's public schools, and other government services.

According to the Chicago Sun-Times, the city's schools would lose the biggest chunk of money to Trump - an estimated $540,000.

Cook County State Attorney's office - led by well-known prosecutor Kim Foxx - has objected to the planned refund, and is now trying to stop it.

Lawyers working for the office filed a lawsuit with the Illinois Appellate Court in the hopes of blocking it.

The dispute is the latest chapter in a long-running legal battle over Trump's tax bills that started more than 12 years ago and has led to more than $14 million in tax breaks for Trump. It also involves not only a former president who is at the middle of a host of legal battles but a Chicago alderman whose own legal troubles had been making headlines in Chicago for months.

Alderman Edward M. Burke, whose former law firm, Klafter & Burke, won the tax breaks for Trump, has been indicted on federal charges that he blocked businesses from getting city permits unless they hired the firm. He has pleaded not guilty and is awaiting trial.

The dispute over the tax bills on the high-rise building has it's own long history. Originally, the state agency rejected Trump's argument that the vacant stores had no value because he could not find any tenants to lease them.

A hearing officer for the state agency rejected Trump's argument that the vacant stores at the building had no value because he couldn't lease them. But a staff member later wrote a report that Trump was entitled to the refund.

The $930 million tower opened in January 2009, and previously hit the headlines following a row over Trump's decision to erect a huge illuminated sign bearing his name in six meter-high letters.

Trump was accused of 'scarring' the Windy City's world famous skyline, but was unrepentant, and insisted the illuminations would eventually be as iconic as the famous Hollywood sign in California.

Despite the empty retail units, the building has been largely successful, with most of its residential condos sold. 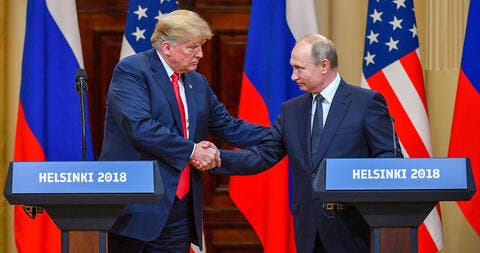 Did Putin Spy on The US in The 2016 Election and Back Trump?

It is also home to a popular restaurant located on its sixteenth floor.

The agency delayed acting on the case until Trump was out of office and in June voted to reduce the assessment on the building's commercial property.

Trump has yet to comment on the tax windfall.