Published October 5th, 2020 - 06:30 GMT
People in Egypt turned to Bitcoin mainly young people tempted by the soaring prices of the cryptocurrency in hope of making quick gains overnight.
Highlights
Here are the markets highlights for the week

As we entered October and the last quarter of 2020, Bitcoin (Trading $10,674.22 at press time) plunged amid the global turbulence caused by US President Donald Trump COVID-19 positive result.

Tonight, @FLOTUS and I tested positive for COVID-19. We will begin our quarantine and recovery process immediately. We will get through this TOGETHER!

The whole crypto sphere was shaken by the news which embarked on a huge bitcoin selloff. The flagship coin dipped to $10,400 then recovered to $10,600 when the dust settled. 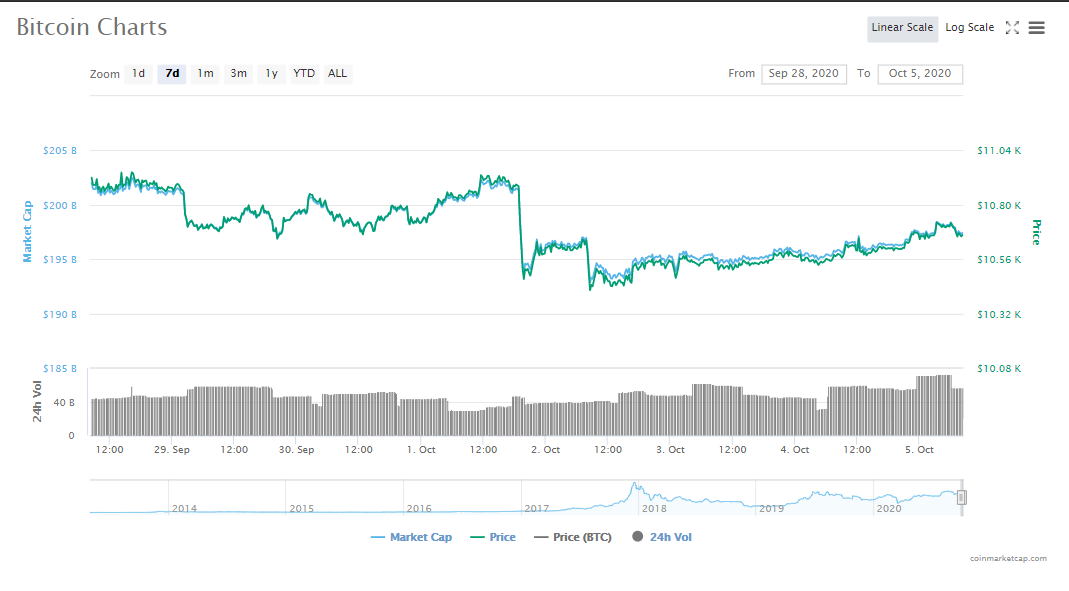 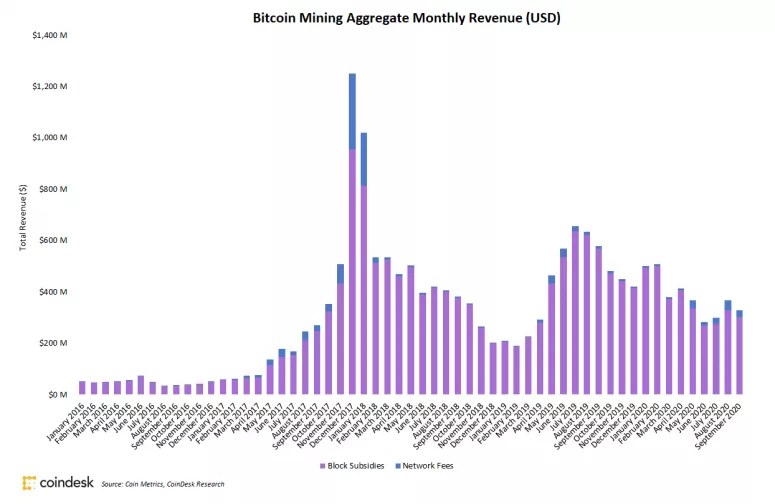 Experts say that this drop happened because of Bitcoin’s volatility in September as the main coin ended the month down 8 percent compared to August.

South Korea Dismisses Data Breach Lawsuit Against Bithumb
South Korean court ruled in favour of crypto exchange Bithumb in a lawsuit raised by an investor accusing the exchange of negligence as he lost $401,000 in cash after a 2017 data breach accident.
According to Yonhap News, the court said "There is no evidence to admit that Mr. A's personal information was included in Bithumb's personal information leaked by the pre-submission attack."

Back in 2017, Bithumb was penalized and fined by the Korean government for 36,000 cases of a personal information breach, making it the first South Korean exchange to be put on trial and sanctioned.
IOTA Team up with Jaguar on IOTA Access for Shared Devices

IOTA (MIOTA, Trading at $0.271892) has launched its own open-sourced, distributed ledger technology (DLT)-based framework for granting or denying conditional access to tangible devices.

The use cases for #IOTAAccess are only limited by one's imagination, but we've laid out some examples of how this open-source framework enables conditional access control to any application or smart device. For more information, visit: https://t.co/a2tBpnB0n3#IOTA pic.twitter.com/Bm4ZVqoppM

IOTA was joined by British luxury carmaker Jaguar Land Rover Automotive Plc, European chipmaker STMicroelectronics, and Japan’s NTT Data to launch IOTA Access to manage billions of machines according to the statement.
The use cases of this brand new technology are numerous, from lending others your laptop to granting employees access to the whole building, the user will be fully in control of their own property without relying on a central service or the middleman.

With COIVD-19 making every financial situation worse, Egyptians resorted to Bitcoin to mitigate the economic blow of the pandemic that raised the unemployment rate from 7.7% to  9.6% in the first quarter of 2020 in recent numbers from the Egyptian Central Agency for Public Mobilization and Statistics.

According to Al-Monitor, people in Egypt turned to Bitcoin mainly young people tempted by the soaring prices of the cryptocurrency in hope of making quick gains overnight.

While Bitcoin trading and mining look very attractive to Egyptians, many of them still concerned by the fact that there is no law in Egypt to legalized cryptocurrencies deals.

Economist and financial adviser Wael al-Nahhas told Al-Monitor that “there are many risks of currency encryption and the inability to track digital currency ownership, even through brokerage offices — and so, some may exploit this secrecy in financing terrorism or illegal trade. This is why the Egyptian authorities are arresting and trying miners and traders of cryptocurrencies”.

A week later after the traject hack on the crypto exchange, Kucoin claims that they managed to identify the criminal in a tweet published by the CEO Johnny Lyu:

A quick update since my last livestream on Sep 30.

After a thorough investigation, we have found the suspects of the 9.26 #KuCoin Security Incident with substantial proof at hand. Law enforcement officials and police are officially involved to take action.

The platform announced the gradual return to functionality after the hack that resulted in the stealing of $200 million in assets. 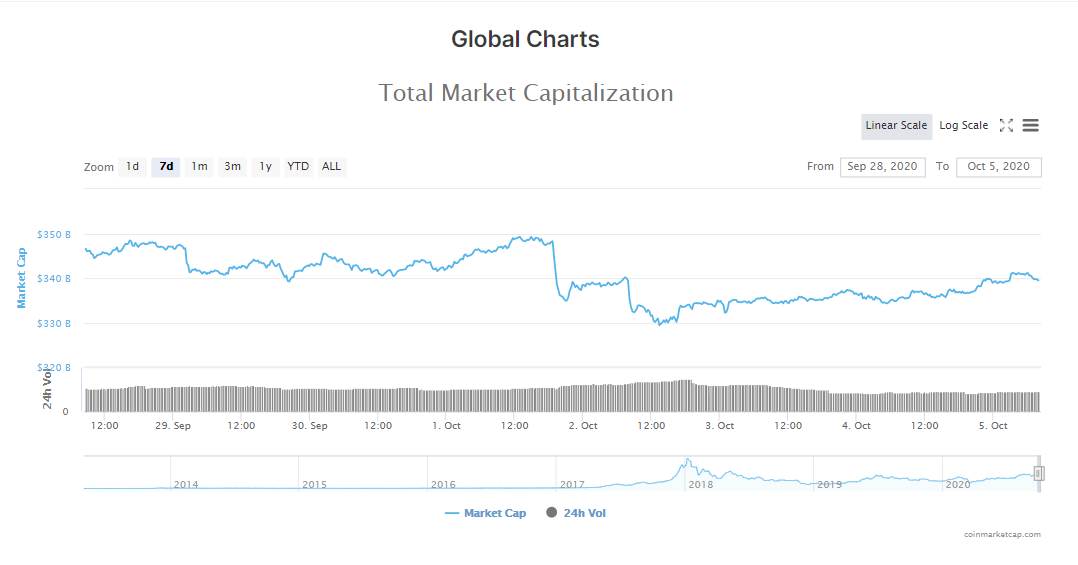 All Eyes on Dubai at this Year's 5th Edition of Global Blockchain Congress
Tags:BitcoinDonald Trumpbear marketEgyptKucoinBithumb