Published September 4th, 2022 - 03:28 GMT
The 2.9 billion users of both platforms can now connect their digital wallets from either of the apps to post NFTs on both social networks, according to an update from Meta. (Shutterstock)
Highlights
All your crypto news in one link!

In Crypto News Recap this week, we have good news for NFTs' lovers who like to brag about their NFTs' collections on FB & IG! Also, read about how the Ethereum products reacted as the Merge date draws closer. In other news, check out why Crypto.com has canceled a $495 million with UEFA.

Without further ado, here are last week's top stories from the crypto sphere! 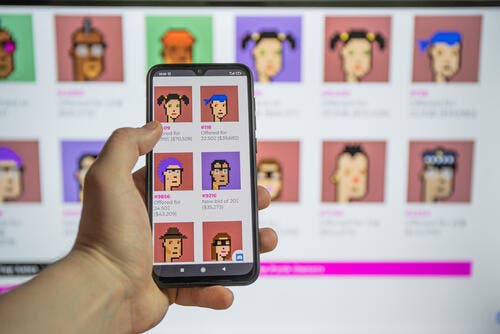 Finally, NFTs have been introduced by tech behemoth Meta on its platforms Facebook and Instagram. The 2.9 billion users of both platforms can now connect their digital wallets from either of the apps to post NFTs on both social networks, according to an update from Meta.

The announcement came after a Meta update on August 4 stating that Instagram users in 100 countries could post-digital collectibles created on the Flow blockchain or from wallets supporting the Ethereum or Polygon blockchains to their accounts. By the second quarter of 2022, it is anticipated that there will be between 1 billion and 2 billion active Instagram users.

Despite the bear market, August was a good month for Ethereum, as ETH investment products climbed by 2.36% to $6.81 billion in assets under management (AUM), surpassing Bitcoin products, which decreased by 7.16% to $17.4 billion, according to a report by CryptoCompare.

On a happier note, on-chain analytics reveal that the bulk of Bitcoin (BTC) traders have been hodling for more than a year despite the uncertainties brought on by the bear market.

A new scam alert in which Elon Musks deep fake is generated to support some BS Crypto currency and this video is repeatedly appearing in YouTube Shorts@elonmusk pic.twitter.com/HrQe1KcBPA

According to a local news outlet, the breached YouTube account was restored within four hours when the South Korean authorities intervened.

Michael Saylor and His MicroStrategy Sued for Tax Evasion

Karl Racine, Attorney General for the District of Columbia in the United States, announced a lawsuit against MicroStrategy and its prior CEO Michael Saylor on Wednesday, claiming that he "never paid any DC income taxes" and that the firm "conspired" to help him avoid paying taxes.

NEW: Today, we’re suing Michael Saylor - a billionaire tech executive who has lived in the District for more than a decade but has never paid any DC income taxes - for tax fraud.

Saylor owes more than $25 million in taxes for income made as a DC resident, according to the attorney general's office. Still, penalties from both the former CEO and MicroStrategy could total more than $100 million.

Crypto.com Pulls Out of $495 Million Sponsorship Deal with UEFA

According to a SportBusiness article, Crypto.com has canceled a $495 million, five-year sponsorship agreement with the UEFA Champions League, the top division of European soccer.

Uefa narrowly missed out on what was set to be one of its largest-ever sponsorships for the Champions League earlier this summer when a deal with the cryptocurrency platform fell through at the last moment, SportBusiness understands. https://t.co/nnD5CjmF8Z

Through the sponsorship agreement with UEFA, Crypto.com would have received five seasons of advertising in the UEFA Champions League. SportBusiness reported that Crypto.com canceled the agreement due to regulatory worries in the UK, France, and Italy as well as legal concerns around the extent of its operating and trading licenses.

Crypto derivatives leader, Bybit, became the first cryptocurrency exchange on the market to provide trading in USDC options. By popular demand, Bybit is expanding its selection of cryptocurrency options to include contracts for Solana (SOL) and Ether (ETH).

This move came after the launch of its first-in-market Bitcoin (BTC) contracts with a USDC settlement earlier this year. Crypto options are agreements that grant the holder the right, but not the responsibility, to purchase or sell a cryptocurrency asset, such as bitcoin, at a fixed price and at a specific future date.