Emirates to reduce US services, focus on new destinations: Chairman 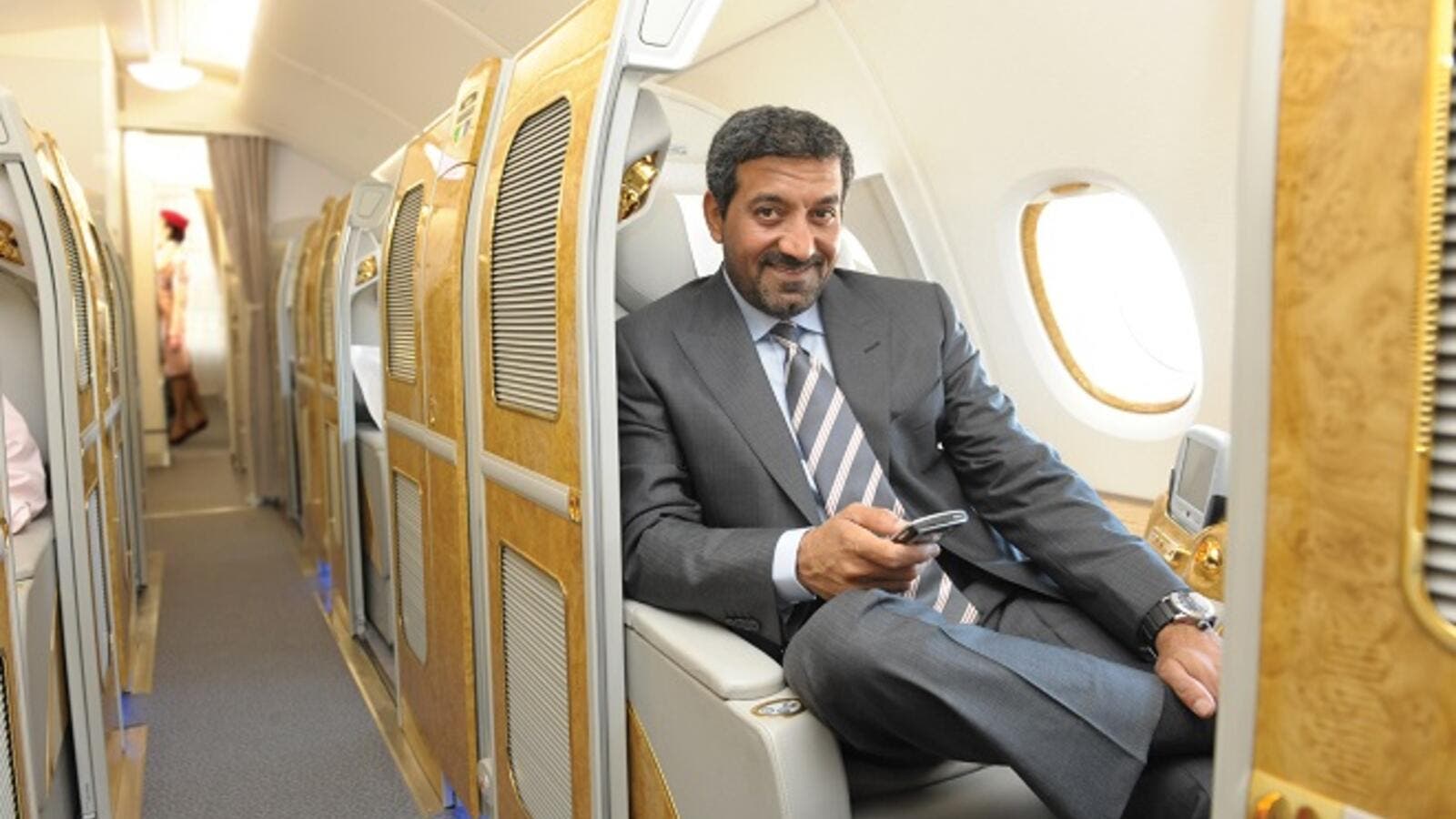 Emirates is considering some radical solutions to what its chairman, Sheikh Ahmed bin Saeed Al-Maktoum, on Tuesday admitted will be a “challenging” time ahead for the region’s biggest carrier and hitherto fastest-growing global airline.

An almost exclusive focus on new routes to the east and south of the Arabian Gulf; more narrow-body aircraft and an even closer alliance with its low-cost sister, FlyDubai. Those were all options teasingly offered at a press event at the Arabian Travel Market in Dubai.

It was held at Emirates’ ostentatious stand, which was easily the biggest and most impressive of the event. “Stand” does not really do justice to the three-story building, complete with replica aircraft interiors and an in-flight bar.

Sheikh Ahmed entertained the regional media in the majlis on the top floor and was a good deal more restrained than Akbar Al-Baker of Qatar Airways the previous day. The Emirates boss declined several opportunities to rub salt in the wounds of United Airlines over its recent PR disaster; he said he does not think the recent ban on laptops on flights between the UAE and the US was politically motivated; and he views President Donald Trump as a businessman who would not want to hurt the American economy by curbing Emirates’ air links.

All very diplomatic as befitting royal stature, but you could tell that he was not amused by the events of the past year.

Brexit and the currency fallout that followed — especially the strong dollar — have made it a tough time for Emirates, as will likely be made clear when its 2016-17 financials are reported next month. Even the gentle recovery in the oil price is a double-edged sword, adding to fuel costs even as it encourages regional air travel.

Sheikh Ahmed said Emirates would still be profitable. You would expect that, given its $1.9 billion record profit last year. Anything hinting at a loss would be unthinkable. But the figures will not be good.

President Trump’s election and the subsequent surge of protectionism topped the year off, and make predicting the levels of profits extremely difficult. The airline has cut back US services significantly, and — while the chairman did not specifically rule it out — it is unlikely Emirates will be adding to its 12 US destinations anytime soon.

Instead, much like Qatar, it will look elsewhere for new business. China, India and Africa are the inevitable target destinations.

The most tantalizing prospect came in response to a question about Emirate’s appetite for narrow-body aircraft. Its global strategy as a super-connector has been to fill big planes — mainly Airbus A380s — with as many people as possible and fly them between continents. But some in the industry now question the long-term sustainability of that.

“With Emirates and FlyDubai, we have a big variety of planes, maybe we can do something there. I won’t say what it is, but something big might be happening,” Sheikh Ahmed said.

With both airlines ultimately owned by the government of Dubai, it is difficult to see what form closer cooperation could take other than aircraft pooling.

Worry, worry, worry. It is enough to make you want to reintroduce smoking sections on Emirates aircraft.