Los Angeles-based Hyperloop One, one of several firms competing to make high-speed transportation technology hyperloop a reality, has said it aims to have a working system in Dubai or another major city in 2020.

At an event in Dubai today, the company unveiled its vision for hyperloop in the UAE with circular station concepts outside the world’s tallest building the Burj Khalifa and Abu Dhabi’s Etihad Towers.

It also disclosed ideas for a modular design inside its hyperloop pods with different interlinking sections for meeting space, lounge space and cargo.

Rob Lloyd, CEO of Hyperloop One, said he hoped Dubai to be the first city in the world with a working hyperloop system.

“If we do our job right in our company and we harness innovation and are a good partner I think the first hyperloop could be in Dubai,” he said.

However, he stressed there was still a lot of work to do in determining routes, budgeting and other areas.

In terms of costs, the CEO disclosed few details but said a major system would cost “billions of dollars” and would need to “generate economic benefit” and “value for citizens”. 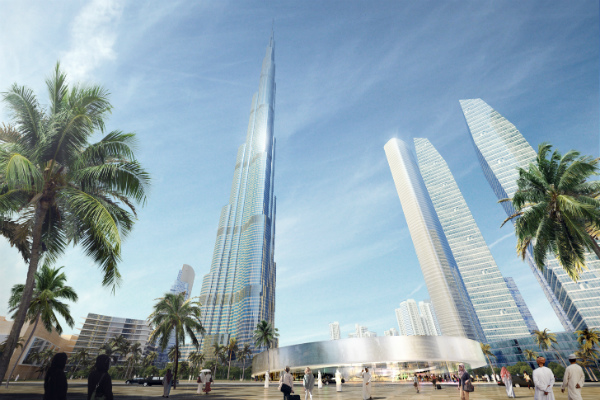 “The answer is like any other major infrastructure project, this is a major investment.”

On stage, Lloyd also stressed that the company would need much more than the $160m of investment it has secured so far to produce the first commercial systems. 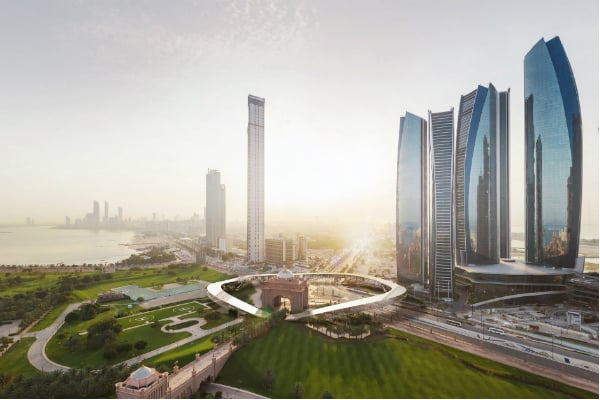 The hyperloop concept was first proposed by Tesla founder Elon Musk and involves sending pods through pressurised tubes at speeds of nearly 1,200kmh.

An agreement penned today will see Dubai’s Roads and Transport Authority and Hyperloop One collaborate on a study for a system linking Dubai and Abu Dhabi with an estimated travel time of 12 minutes.

Lloyd said the company would also begin discussions with the UAE’s Federal Transport Authority in the coming days after an initial introduction during his last visit.

Local ports operator DP World is already an investor in Hyperloop One and is conducting a separate study on the use of the technology for inland cargo transport to a dry dock.

Eight other studies are being carried out by the firm in Europe, the US and Russia and it will shortly announce one in the UK.

Much will depend on the company’s first test of its hyperloop system planned to take place at its site in Las Vegas, US, in early 2017.

The technology has yet to be tested with a human passenger, but Lloyd suggested despite the high speeds the experience would be similar to travelling in the Burj Khalifa’s high speed elevators with no sense of speed or resistance.

Following a successful prototype test the company plans to select two or three projects “that are the most promising” and begin construction in 2018 with a completion date of 2020.

In a demonstration, the company said it could bring hyperloop to Dubai in 2020, Qatar in 2022 and Saudi Arabia and the rest of the Gulf region thereafter.

A video also indicated the concept could be integrated with other methods of transport using a single smartphone application. 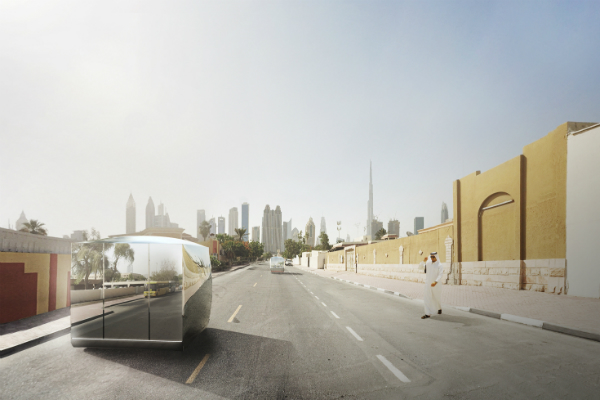 It showed the modular passenger sections of the hyperloop pods disconnecting and then driving on Dubai’s roads after arriving in the city.