Published September 3rd, 2018 - 08:57 GMT
Egypt has finally announced the construction of what would be upon completion the tallest building in Africa. (Scoop)

Almost a decade late since 2011 when the country first set a plan to build a huge Nile Tower, Egypt has finally announced the construction of what would be upon completion the tallest building in Africa. 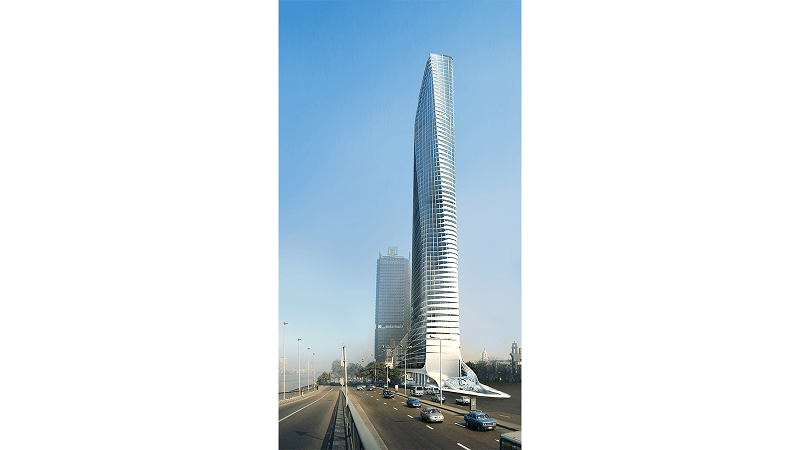 Designed by the Late British-Iraqi Architect, Zaha Hadid, who passed away in 2016, the Nile Tower is designed to twist from a thin triangular base to form a rectangular skyscraper. Moreover, it would include 70 stories with the top floors giving a fantastic view of the Giza pyramids. According to the Design Manager, Diaa Tantawy, the project will cost about $160 million. However, Tantawy added that the problem is currently in the unstable Egyptian Pound value following the high rate of inflation and the major economic challenges facing Egypt.