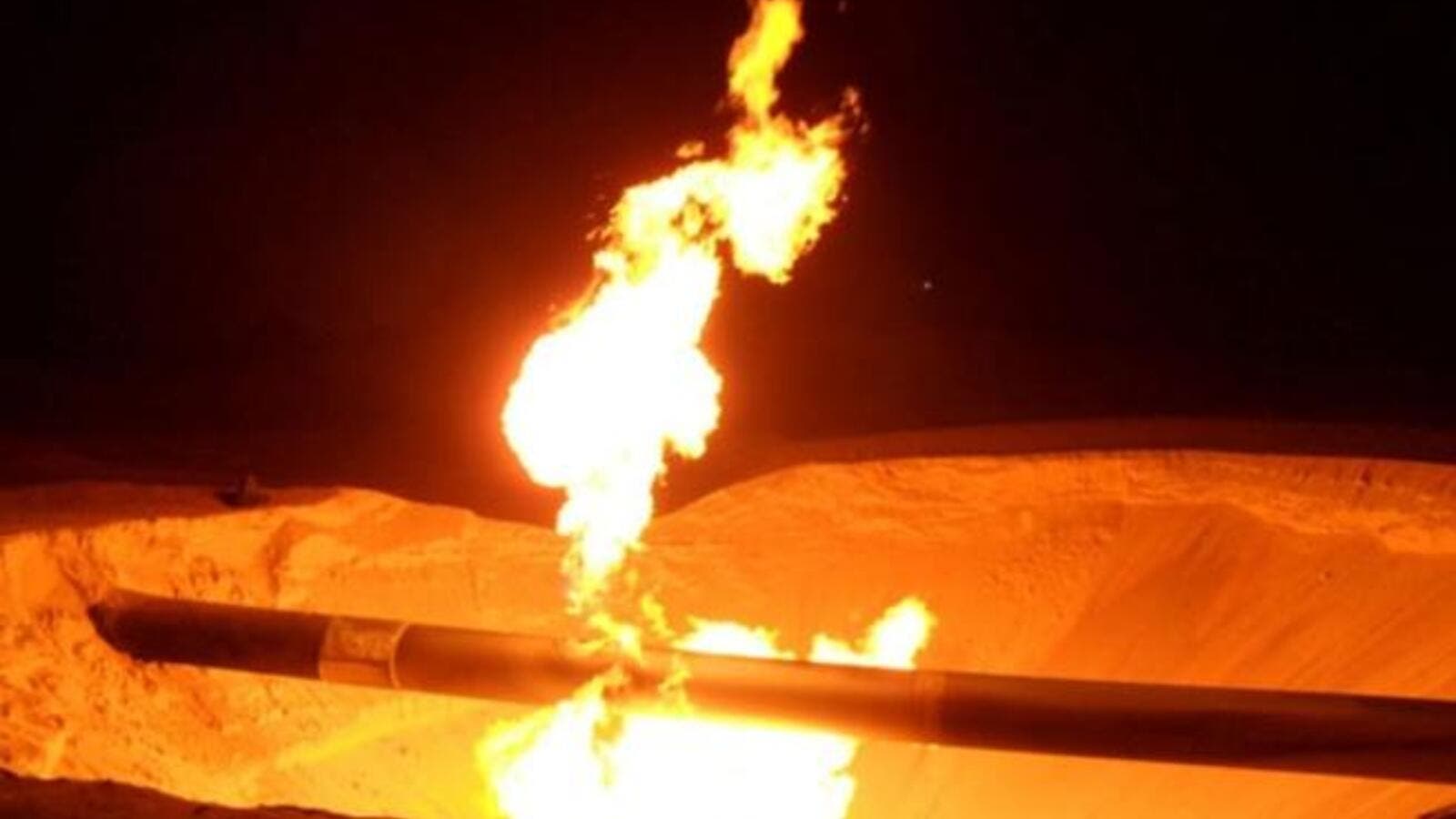 “The next four to five years will witness a lack of natural gas and will require planning and importing of gas."

For Moataz Mahmoud, owner of cement factories in Qena and Aswan, this past summer presented a huge challenge for his business. As the nation was experiencing a fuel crisis, cement factories — as one of the heavy energy consuming industries — struggled to operate at full capacity, many seeing a drop in production of almost 20 percent.

“My factories completely stopped operating for almost a month last summer,” says Mahmoud. “We have a huge energy crisis and at the same time the government is announcing new [industrial] projects while they fail to provide energy for old ones.”

Mahmoud is not the only case. There are almost 18 cement factories that are worried about the future of their business, as the government pushes the industry into seeking alternative sources of energy after decades of depending heavily on government subsidies.

“The next four to five years will witness a lack of natural gas and will require planning and importing of gas, so it doesn't make any sense that when I have limitations that I give the gas to a sector that burns so much of it,” says Khaled Abdel Badei, vice chairman for operations and natural gas grids at EGAS, the holding company for natural gas.

With the government unable to fulfil the demands of the cement industry, both the government and factories proposed shifting to coal as an alternative. But this suggestion has been slammed by Laila Iskander, minister for environmental affairs, as well as a number of NGOs who started the "Egyptians Against Coal" campaign.

While factory owners languish between two choices — either waiting for approval to use coal, or paying higher prices for fuel — the question arises: Is Egypt ready to switch its energy source and make a decision that would determine its fate for decades to come?

The cement industry consumes nine percent of the total amount of produced natural gas in Egypt, coming in third place after the electricity and fertiliser sectors.

While cement factories are heavily criticising fuel shortages, EGAS says the factories received almost all the fuel they needed.

“In 2013, we provided the factories with 82 percent of the natural gas needed and the rest was given in the form of mazot, while in 2012 we have provided 98 percent,” says Azza El-Sayed, general manager for follow-up on the national gas network at EGAS.

But, Azza says, there is a need to shift now. “The cement industry has an alternative, but the electricity sector, which consumes 60 percent of the gas production, is a priority now and doesn't really have an alternative,” she says.

According to Azza, coal would be cheaper for cement factories, as they get gas or mazot for $6 per million BTUs, while coal would be around $4 for the same energy output, she claims.

Ever since the coal issue was raised, debates have been ongoing between the parties to reach a deal.

The Ministry of Environmental Affairs' decision to halt the switch came after a number of cement factories imported coal without permission.

“After field visits by experts to Al-Dekheila Port [in Alexandria], an amount of imported coal was found, and as a result of that, a decision was taken to make visits to cement companies and take a legal stand against those who imported coal,” said Atwa Hussein, the minister of environmental affairs' consultant for industry and energy, in a report provided by the ministry's press office.

According to Hussein, importing coal without the ministry's approval violates Law 4 for 1994, which regulates the relationship and role of the ministry with other ministries and government bodies.

When asked about that, Mahmoud claimed that the charge was not true.

While the issue gained more attention recently, the switch was first put on the table in March 2013, during the Hisham Qandil cabinet, by the industry and energy committee in the Shura Council.

Taking a strong stance against the switch, a group of 10 NGOs started the Egyptians Against Coal campaign. The campaign criticised the decision to make a switch, saying that it benefits a minority of investors and disregards its negative effect on health, the environment and economy. They also criticised what seems to be a campaign lead by the Ministry of Trade and Industry.

According to Amr Ali, executive director of the Hurghada Environmental Protection Conservation Association (HEPCA), whose organisation is part of the campaign, the issue is solely about profitability.

“Every year, we are forced to take a decision for the profitability or interest of a certain group. Then the country loses for 20 years,” says Ali. “Also, the current government is a temporary government that shouldn't be taking such decisions that would determine our fate. When we have an elected parliament, they could discuss that project.”

Ahmed Droubi, a member of Egyptians Against Coal campaign, says that subsidised energy, very cheap raw materials and low wages resulted in insane profit margins. So the decision to switch would only benefit the industry and its profits.

“These factories have been heavily subsidised by the government for many years,” says Droubi. “A report published in 2008 that compares wages indicates that the cement worker in Egypt gets an average of $3.1 per hour (including social security), while in Turkey it's $13.3, and South Korea it's $25.3.”

On the other hand, Mahmoud defends the cement sector's position by saying that such fundamentals characterise other industries aside from cement, and that energy shortages are threatening all investment projects in Egypt.

“The government subsidises the cement industry with LE12 billion per year, and we are telling them to remove this subsidy, but leave it to us to get our own source of fuel,” says Mahmoud.

Mahmoud also claims that the government is planning to increase the price of mazot by the end of the year, which he says will affect the price of cement per ton, now sold for LE500. When asked about this, Azza said no decision had been announced.

According to Ramah Taha, managing director of Medcom Aswan for Cement, a well-prepared study compiled by the cement sector on factories' plans and precautions before importing coal was presented to the minister for environmental affairs.

“The study included all the precautions that we would take in order to use coal, the specifications of the filters, mills and port, and all the involved ministries in the issue agreed, including the prime minister, except for the minister for environmental affairs who refused the project,” says Taha.

Mahmoud claims that Iskander said she will not give any approvals for coal imports.

Mahmoud and Taha are among many factory owners who claim that using coal has the same impact as using gas. But their claims are refuted by the Ministry for Environmental Affairs, as well as the Egyptians Against Coal campaign.

According to Hussein's report on the issue, the use of coal in Egypt will result in the increase of emissions that have a hazardous impact on health, not only for people in nearby areas, but also for others at a greater distance, due to pollutants and mercury emissions that could spread up to 1,000 kilometres. Also, it would result in an increase of sulfur dioxide emissions by 70 percent, compared to natural gas, which doesn't comply with announced state policies that seek economic development based on cleaner production technologies.

According to Droubi, in 2012, the Egyptian Environmental Affairs Agency (EEAA) recorded 850 significant violations by cement factories.

“They are not being environmentally compliant now, so with such a bad record, how can you expect them to abide by the law when using the coal?” asks Droubi.

“Egypt's energy strategic plan for 2030 says that when there's a shortage in gas, the heavy energy consuming industries should start providing their own source of fuel,” says Hafez El-Salmawy, managing director of the Egyptian Electric Utility and Consumer Protection Regulatory Agency.

Salmawy says that this decision was expected to come into force around 2017 or 2020, according to the plan. “The shortage now comes as a result of not having enough funds, as well as debts that have been piling up to pay the share of foreign partners in gas,” adds Salmawy.

While the fate of the coal project remains unknown, the potential success or failure of the project is also unknown.

According to the managing director of one large cement factory, who spoke on condition of anonymity, factories that imported coal have made small trials with the coal they brought, but he says the trials were on a small scale, and for his factory it showed some negative results.

“[The coal] worked almost at the same rate as the gas, but had a negative effect on the filters, and started burning them a little,” said the source.

He added that in order to change the system in his factory it would cost €40 million for three production lines, and the building of a mill.

Adding to the source, Mahmoud says that the shifting process would take between one and two years. He also says that in order to save the government the hassle of finding a suitable port for cement factories, the factories suggested financing their own port in Safaga and transporting the coal on trucks from there to the factories.

“Eight million tons of coal a year would require around 250,000 to 500,000 trucks on our roads carrying coal. Can you imagine that?” asks Droubi.

While there is no final green light on the proposed switch, the fate of concerned factories and the country will remain up in the air until a decision is taken.

According to Ali, a solution that could be an alternative to the current proposed project would involve diversifying the energy basket, where EGAS could up to 30 percent imported gas, depend for 50 percent on local gas, and 20 percent on refuse-derived fuel (RDF), which involves solid and agricultural waste.

“Solid and agricultural waste in Egypt is 25 million tons per year, so if the cement sector really wants to solve the problem for Egypt, and not just for itself, they would have resorted to RDF,” says Ali.

While the Ministry for Environmental Affairs and environmental activists are trying to move towards green energy, Mahmoud claims that solid and agricultural waste wouldn't resolve the current crisis. Also, he claims that for the government, depending on future energy generating projects doesn't make sense.

“What will we do between now and the next three years, until the government finds a potential solution to the current crisis?” asks Mahmoud.

While Mahmoud says that coal is best solution for the cement industry at the moment, activists still say that the country should not be dragged in this direction based on the profit-based needs of one sector.

“Anywhere in the world, when a crisis happens, people create solutions. But here we just come up with cheap short-term solutions, as we leave the matter in the hands of the private sector,” says Ali. “We don't want another 20 Helwan cities, with people coughing and cancer spreading.”