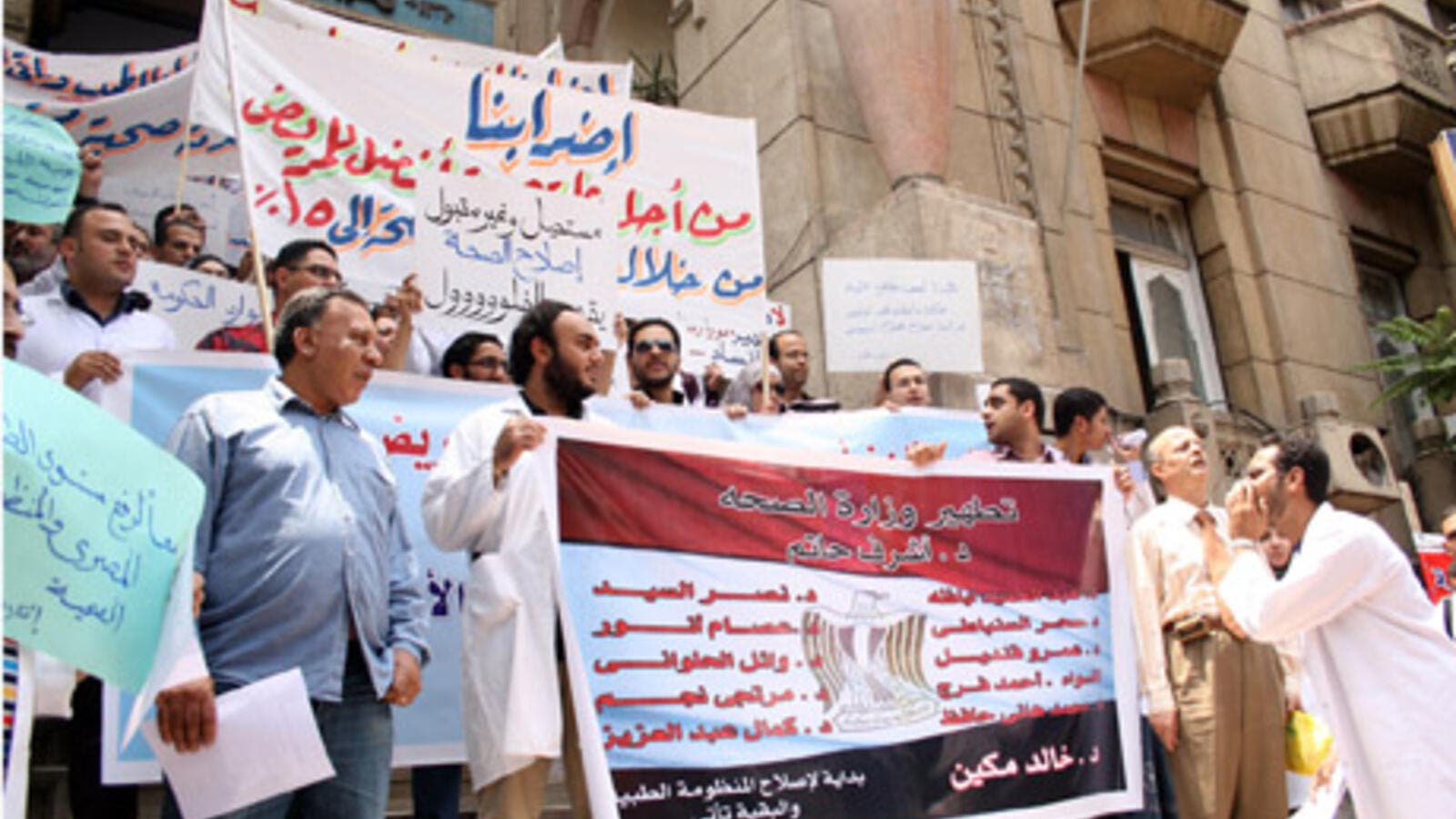 Egyptian workers in various public sectors have entered another day of strikes in protest to  financial conditions and demanding the application of the minimum income law.

The Centre for Trade Union and Workers Services issued a statement Sunday calling for minimum wages for the workers in the sector and requesting the same treatment as Metro workers.

The strike started Saturday with seven garages, and then swelled to 11. By Sunday, after negotiations with authorities reached a dead end, 22 out of 28 garages were on strike .

Minister of Manpower Kamal Abu Eita called on workers to negotiate their demands instead of striking. Adjusting the minimum wage, he said, is not within his authority, as it lies under the jurisdiction of the National Council for Wages, which will meet within the week to discuss wages in both the public and private sectors.

Losses due to the strike have reached EGP 800, 000, Hisham Attiya , head of the Transport Authority told state-run Al-Ahram newspaper . Because of the losses, he said, the EGP 200 bonus that the governor of Cairo had issued for the workers could not be delivered.

Tanta Linen workers also continued protesting on Sunday in front of the Chemicals Holding Company, demanded the implementation of a court order authorising the company to resume operation after returning to the public sector, which had gone unimplemented by the governments of Hisham Qandil and Hazem El-Beblawi.

Workers from the Postal Authority meanwhile started a gradual strike on Sunday in dozens of Egypt’s post offices, demanding that the minimum income plan be applied, as the authority had been excluded from the plan on their classification as an Economic Authority.

The workers also requested a 7% bonus organised by the Labour Law, during a sit-in at the authority’s headquarters in Attaba, Cairo.

On Sunday, employees of the Notary Authority entered their sixth day of strikes. The employees began their strike last Tuesday demanding application of the minimum wage and equal financial and cadre treatment as forensic services employees.

Dr Moemen Khair Allah lamented that the both the administrative and technical service employees of the Notary Authority are responsible for levying millions of pounds in taxes daily, yet their working conditions are “deteriorating”.

Khair Allah added that the employees of the authority were overworked during the presidential elections in 2012, when employees worked overtime with double shifts, yet only received EGP 34 per capita as compensation.

The employees organised a protest last Thursday in front of the Ministry of Justice after taking a permit from the interior ministry to communicate their unmet demands.

“Our demands are not just financial; we want to develop the Notary Authority to facilitate procedures for both employees and citizens,” said Khair Allah who estimated the losses during the days of the strike at EGP 40m. He explained that the authority levies a real-estate procedural tax worth 2.5% of the amount of any contract.

“An escalation will inevitably take place,” he said. “The strike could reach full capacity and we would later demand the resignation of all those responsible for the losses and for hindering our demands from being met.”

The Notary Authority strike has so far remained a partial one, with the main offices in the government closed while work in smaller offices in each governorate is still underway.

Minister of Finance Ahmed Galal had announced in October 2013 that the minimum income plan would take effect starting January 2014. The minister pointed out that the pay of sixth grade employees will jump from EGP 731 to EGP 1,201, marking a 64% increase.