For the past few years, Egypt’s economy has been struggling due to the political turmoil, and finally, things are taking a positive turn.

The Center for International Development (CID) at Harvard University released The Global Growth Projections report this Thursday and the results finally put Egypt on a bright side.

Our country has been ranked as the third fastest growing economy in the world following India and Uganda. In Africa, Egypt came second after Uganda. Egypt is predicted to achieve an average economic growth of 6.63 percent per year for the next 8 years until 2026. 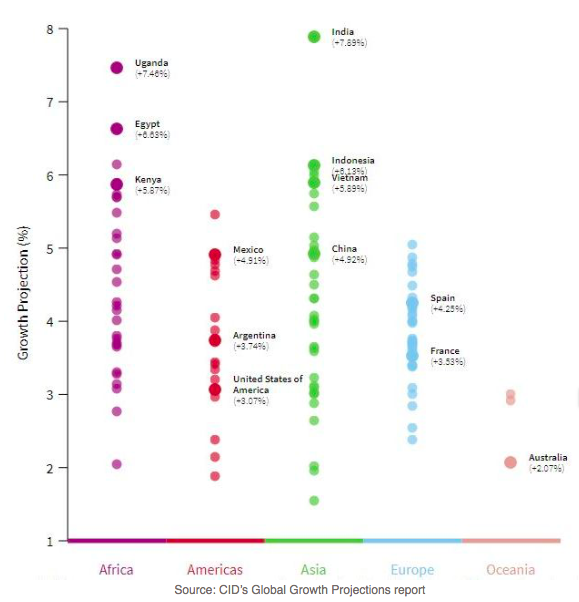 “The growth projections are based on Economic Complexity, a single measure of each country’s economy which captures the diversity and sophistication of the productive capabilities embedded in a country’s exports,” said the report.

“Actually, Harvard’s report is even below Egypt’s desired growth that is taking good steps according to all indicators,” Rashad Abdo, an economics professor at Cairo University and head of the Egyptian Forum for Economic and Strategic Studies, told Xinhua.