Egypt Seeks Out-of-Court Settlement with Ever Given Owners

Published May 30th, 2021 - 10:00 GMT
Another sticking point emerged during Saturday’s hearing when an Egyptian fishing union made a claim for compensation for alleged maritime damage caused by the colossal tanker. (Shutterstock)
Highlights
A court in the Suez Canal city of Ismailia started Saturday hearing the case and listened to arguments from lawyers representing both sides.

Egypt’s Suez Canal and the owners of the Ever Given, a massive container ship that blocked the critical waterway for almost a week in March, are seeking an out-of-court settlement amid a complex legal dispute, lawyers said on Saturday. 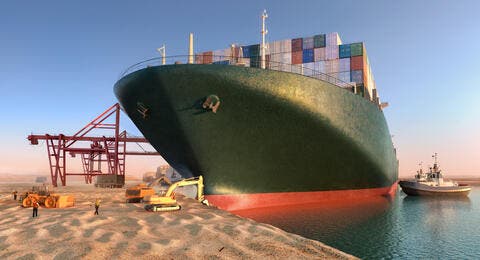 The Panama-flagged container ship was refloated on March 29, six days after it ran aground during a sandstorm and blocked the canal, disrupting traffic on one of the busiest shipping routes and causing ripple effects around the world, dpa reported.

The 400-metre-long vessel has since been anchored at the Great Lakes area, a wider section of the canal. It was impounded due to a dispute with its owners regarding a claim for compensation by the Suez Canal Authority (SCA), which says it sustained huge financial losses.

A court in the Suez Canal city of Ismailia started Saturday hearing the case and listened to arguments from lawyers representing both sides.

The court later adjourned hearings until June 20 upon requests from defence lawyers to the two parties to allow time for finalizing an out-of-court settlement deal, they said.

Another sticking point emerged during Saturday’s hearing when an Egyptian fishing union made a claim for compensation for alleged maritime damage caused by the colossal tanker.

Lawyers representing a non-governmental cooperative for fishing boats told the court that Ever Given had discharged so-called ballast water, used for stabilizing ships, allegedly causing damage to fish stocks in the canal.

The lawyers also requested the court to assign an expert to estimate the amount of ballast water purportedly discharged into the waterway by Ever Given.

"We demand a temporary compensation until an expert estimates the scale of damage that resulted from the ship’s grounding," said Abdou Mustafa, a lawyer for the cooperative.

He also accused the ship of carrying lethal materials, including nuclear substances, when it got stuck in the canal.

A defence lawyer for the ship’s Japanese owners denied the accusation.

“This talk is incorrect. Once the incident happened, all oversight agencies boarded the ship to combat any potential pollution,” Ahmed Abu Shanab, a lawyer for the owning company, said. He added that no pollution had resulted from the incident.

There was no decision from the court.

Last week, another Egyptian court also in Ismailia rejected an appeal from the owning company against the ship’s detention and referred the case to the economic first instance court that started hearing it on Saturday.

Defence lawyers for the vessel’s owners argued before the appeals court the SCA had made a mistake by allowing Ever Given into the waterway on March 23 amid adverse weather.

The SCA has repeatedly denied it was at fault for the incident.

The tanker veered off course on March 23 when the crew lost visibility while sailing through the canal on a Rotterdam-bound voyage, resulting in a huge traffic jam. 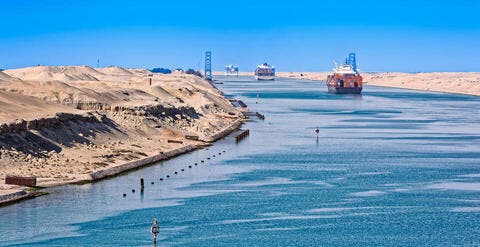 The Suez Canal, which connects the Mediterranean to the Red Sea, provides the shortest shipping route between Asia and Europe.

The Suez Canal provides one of Egypt's main sources of income, alongside tourism and remittances from expatriates.