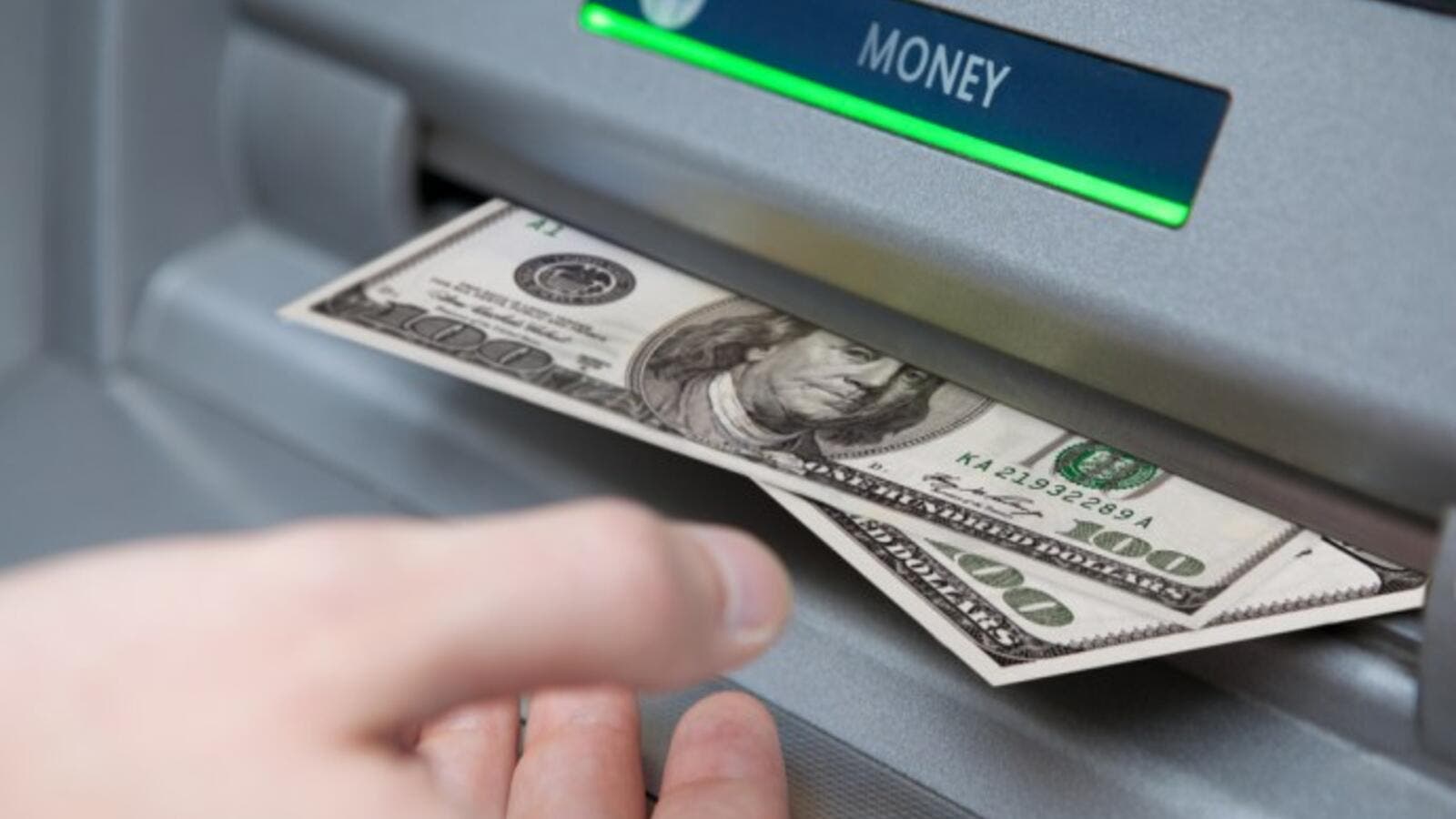 The Commercial International Bank (CIB), Egypt’s largest listed bank, has banned withdrawal from all debit cards abroad and has set a purchasing limits depending on the type of card. (File photo)

Driven by shortage in hard currency, several Egyptian banks were prompted to impose restrictions on foreign currency withdrawal and purchase limits abroad to alleviate the pressure on the Egyptian pound, placing it instead on travelers.

Among those affected by the decision are people travelling outside of Egypt, with the situation pressing itself direly on students studying abroad.

While some were able to maneuver around the restrictions through resorting to the black market, forced to buy the dollar at very high prices, others are struggling to get the amount that would enable them to survive.

Egypt's ailing economy resonated in the shortage of flow of foreign currency across all sectors; be it foreign investments, tourism, even the revenues from the Suez Canal declined.

This weighed heavily on foreign reserves which depleted and failed to meet Egypt’s dues and cover debts.

Egypt’s foreign reserves dropped to less than half what they were prior to the January 25, 2011 uprising, standing currently at $16.564 billion compared to almost $36 billion before the uprising.

To ease the pressure on the Egyptian pound and relieve the dollar shortage, the Central Bank of Egypt devalued the pound in March by 14 percent to change hands at EGP 8.88 for the dollar.

It has also closed down some 53 foreign exchange bureaus since the beginning of the year in attempts to eliminate the black market where the Egyptian pound stands at around EGP 12.5 for the dollar.

According to statements made by the CBE governor Tarek Amer last June, the rules on using debit cards abroad remain "unchanged" and depend on each bank’s limit for its each client’s usage.

The CBE however urged banks to exercise "vigilance" as some clients use debit cards for purposes other than travel, tourism or purchases.

Prior to travel, the bank should be notified or a client might face difficulties while withdrawing money.

Other banks have set much lower limits on cards.

The Commercial International Bank (CIB), Egypt’s largest listed bank, has banned withdrawal from all debit cards abroad and has set a purchasing limit of between $50-$300 per month depending on the type of card as well.

Similar limits have been imposed on the use of credit cards with interest rates higher than usual.

As the situation deteriorates, students pursuing degrees abroad are among those who bear the brunt. Covering their tuition, accommodation costs and day-to-day expenses has become a burden.

Marwa Sameer, a 27-year-old student pursuing a master’s degree in Journalism in the US and a client of the Arab African International Bank in Egypt said that her bank imposed a limit on cash withdrawals and on purchases to $150 and up to about $750 respectively earlier this year.

Sameer who has been living in the US for over a year depended on the monthly cash withdrawals to cover her rent, living expenses and to even save some money in case of need.

Her parents used to deposit money in her bank account in Egyptian currency.

Following the limits, she was forced to adjust accordingly. Sameer tries to do all her transactions online and use up the purchase limit.

She says she also had money saved in foreign currency which helped her work around the currency crisis.

As for her tuition fees, Sameer says that she reached an agreement with the university to pay in Egyptian pounds plus a commission for paying in a different currency. She however explains that this isn't the case with all the universities in the US.

With three months left to finish her studies, Sameer is anxious about being able to survive especially that she can "barely cover" her rent and says she is doing her best to cut down on expenses.

"I will be forced at some point to find a temporary job here to be able to cover my expenses, otherwise I won’t be able to live here," she says.

The situation is less dire for people travelling for shorter periods.

Dina Mostafa, a client of Banque Misr, set off to Dubai last week on a 10-day vacation with her sister. She recounts her sister depositing the equivalent of $1000 in her debit account prior to her travel and contacting the bank to confirm that she will be able to withdraw the amount she deposited.

While in Dubai, the bank changed the limit from $1000 purchases monthly to $500 and cash withdrawals declined to $100 monthly instead of $500, Mostafa says.

"We received no notification about the change in limits," she says, adding that as she and her sister were shopping the card stopped working. When Mostafa contacted the bank, it informed her of the change.

"We will have to use other cards from different banks, hopefully it will cover us for the remaining four days," she says.

Others were lucky enough to know about the card limits beforehand, and opted for exchanging currency at the black market.

Radwa Shoukry planned a 14-day trip around Europe, and had to collect the money she needed for her trip in cash.

“I do not depend on debit or credit cards anymore,”  Shoukry says.

She added that she opted to obtain foreign currency from her friends and family members. She also managed to get some cash at black market prices.

“Had I not brought cash with me, it wouldn’t have been possible to do the trip,” she says.

Shoukry finds the idea of setting limits “very irritating,” since it forces her to carry around large sums of cash which may be stolen.

She recounted another trip she took last year, when "it was much easier,” since she only carried cash with her at the time as a “safety net.”

Similarly, Omar Ramadan, 26, who is planning a trip to Europe for a short stay in October for business, found himself scrambling to get foreign currency to cover his two-month stay.

He is a client of the NBE and said that he will ultimately resort to the black market in case the bank refused to give him the requested amount.

Egypt has led a severe crackdown on black market traders which are largely blamed for growing pressure to devalue the currency.

The amended law imposes prison sentences, between six months and three years, and fines that can reach up to EGP five million on banks that violate the provisions relating to foreign currency dealings.

Despite the stiff regulations set around acquiring foreign currency, Ramadan believes "there is always a way" to maneuver around it.