UAE's national carrier, Etihad Airways, has reported a progressive recovery across its business in the first half despite a slower than expected return to global air travel. 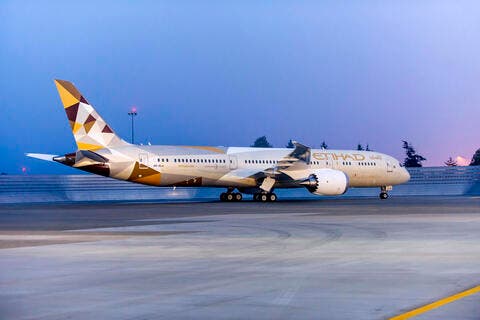 Abu Dhabi’s state-owned airline said on Tuesday it halved core operating losses in the first of the year to $400 million by reducing capacity and cutting costs. The airline had cut operational costs by 27% year-on-year to $1.4 billion, which included a reduction in the airline’s operational fleet with many aircraft grounded.

In addition, the airline stated that it carried one million passengers during the period, with an average seat load factor of 24.9%. This represents an average 10% month-on-month growth in passenger volumes since Etihad restarted passenger operations in July 2020.

“Every day, Etihad Airways is making up for lost ground. Despite the curveball of the Delta variant disrupting the global recovery in air travel, we have continued to ramp up operations and are today in a much better place than this time in 2020. As soon as destinations are added to the Abu Dhabi green list or UAE travel corridors, we are seeing a three to six-fold jump in bookings in some cases, showing there is a tidal wave of demand waiting to be unleashed. We are ready to welcome more guests on board to experience why Etihad is second to none when it comes to ensuring passenger wellbeing.” - Tony Douglas, Group Chief Executive Officer. 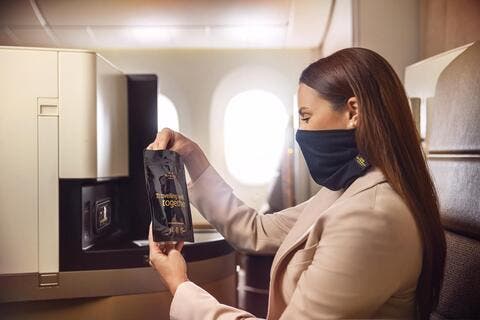 Etihad Airways to Refund Customers on Tickets Booked from October 1

“While market demand has been slower to recover than anticipated, our record cargo performance has continued to buoy the business. At the same time, we have continued to strengthen underlying fundamentals to place Etihad in a better position to maximise the value of passenger revenue as our volumes return. Our rock-solid credit rating has remained unwavering throughout the pandemic and was once again reaffirmed at ‘A with a stable outlook’ by Fitch in April 2021, serving as a clear sign of the long-term financial viability of our business. While the pandemic still poses challenges, Etihad is on the path to becoming a sustainable and profitable business.” - Adam Boukadida, Chief Financial Officer.

In the first-half, the number of passenger destinations grew by 20% from 50 to 60, as Etihad Airways continued to rebuild air connectivity to Abu Dhabi. Etihad is currently operating 64 aircraft including five freighters after having taken the decision to indefinitely park part of its fleet as a result of the pandemic.

In April 2021, Etihad Airways launched a twice per week, year-round service to Tel Aviv, and it launched three new seasonal routes at the beginning of July 2021, linking Abu Dhabi to two major hotspots in Greece (Mykonos and Santorini) and Costa del Sol in Spain (Malaga). European operations were further expanded in July 2021 with the introduction of a new service to Vienna, Austria.