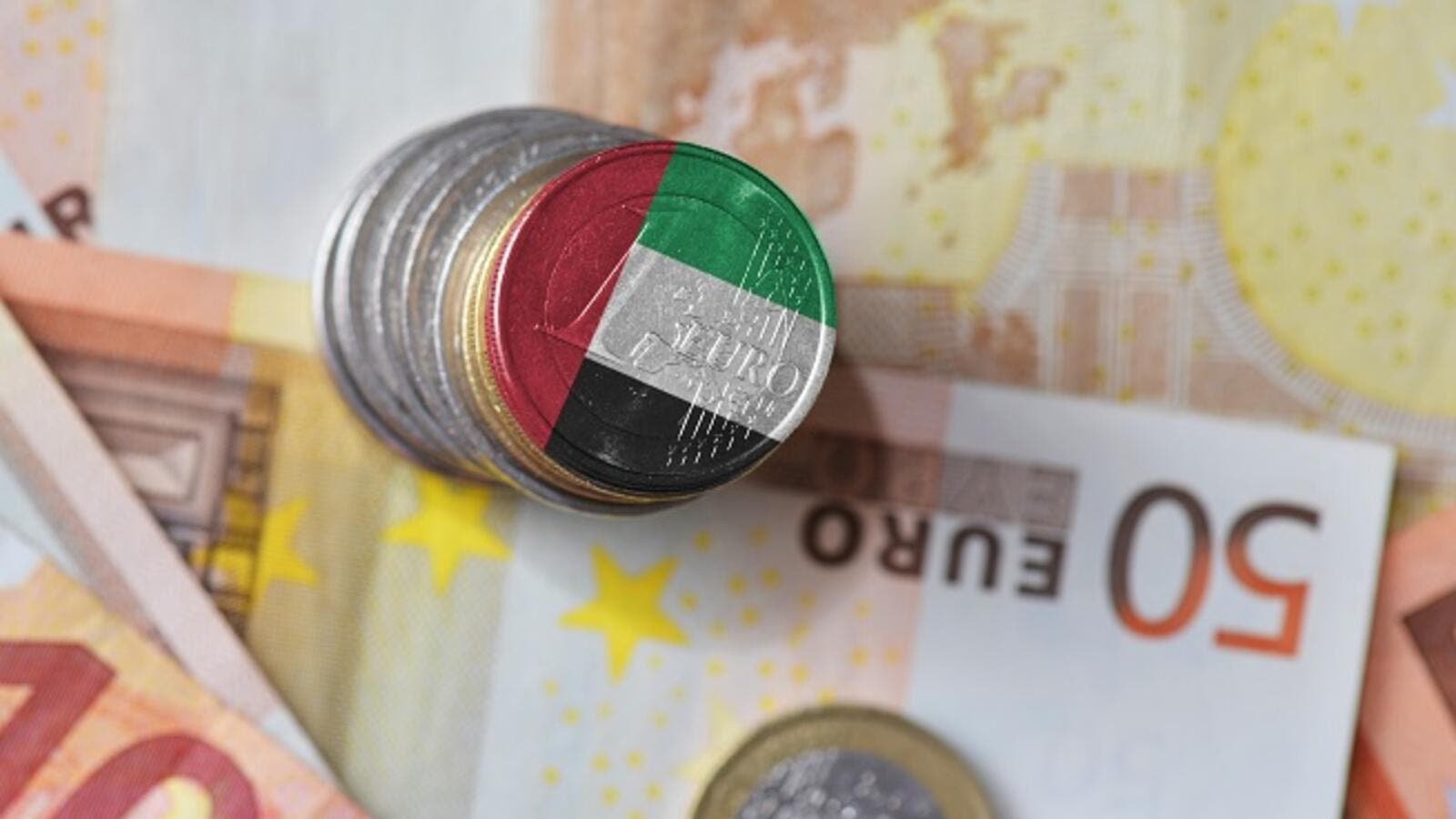 European Union is the largest trading partner of the GCC. (Shutterstock)

Two-way trade between the GCC countries and the European Union has exceeded EUR143 billion in recent times, according to a senior official of the European Union visiting the UAE to attend the three-day Annual Investment Meeting taking place in Dubai that starts today (April 9).

This makes the European Union as the largest trading partner of the GCC, when counted as a single economy.

Ewa Synowiec, Chief Advisor to the European Commission and the General Directorate of Trade, said, Foreign investment in the European Union amounts to 36 percent of GDP annually compared to 46 percent abroad.

The eighth edition of the Annual Investment Meeting (AIM) is being organized by the UAE Ministry of Economy and held under the patronage of His Highness Sheikh Mohammed bin Rashid Al Maktoum, Vice President and Prime Minister of the UAE and Ruler of Dubai.

The congregation of high-profile officials that include 25 federal ministers, 19 mayors, eight heads of organizations, one head of parliament and investors will see the signing of a number of agreements and announcements that will help countries boost the flow of Foreign Direct Investment (FDI).

In an interview ahead of the AIM, Ewa Synowiec, Chief Advisor to the European Commission and the General Directorate of Trade, elaborated her organization’s vision on the investment and the volume of international trade and investments between them and the GCC countries in general and the UAE in particular. Excerpts:

Fortunately, the global economic crisis is over now and thanks to several macro and micro-economic policy measures applied, the EU could overcome it and become more resilient to future economic shocks. It goes without saying that the EU institutions and EU Member States the economies of which are closely linked learnt a great lesson from the financial and sovereign debt crisis.

As a result, the economic situation has gradually improved and in 2017 growth rates for the EU beat expectations as the economic recovery continues. The EU economies are estimated to have grown by 2.4 percent in 2017, the fastest pace in a decade. This positive economic performance is set to continue in 2018 and 2019 with growth of 2.3 percent and 2.0 percent respectively. It is reflected in improving situation on the labor market – in February 2018 the unemployment rate in the whole EU accounted for 7.1 percent whereas in Euro area (comprising of 19 out of 28 EU countries) - 8.5 percent and in both cases was the lowest since 2008.

With the increased growth we are starting to see the results of our determined policy action. The key policy priorities of the European Union are the Investment Plan for Europe, the banking and capital markets union, the energy union, digital single market and single market strategies and last but not least open, rules-based trade. I believe that the EU's successful efforts to open up foreign markets for European products and investments whilst resisting protectionism and keeping the EU markets open for imports of goods and investment have greatly contributed to our recovery from the crisis and notably to job creation with one in seven EU jobs supported by European exports to the rest of the world.

Last March, a delegation from the European Commission discussed the ways to enhance cooperation with the Government of Dubai economic sectors. Tell us about the EC vision to strengthen this cooperation in the economic field?

Indeed in January 2017 Vice-President of the European Commission - Jyrki Katainen, responsible for jobs, growth, investment and competitiveness, paid an official visit to UAE and met with the officials of the Government of Dubai. On this occasion he presented the Investment Plan for Europe as one of the ways to increase economic links between the UAE and the EU. The Investment Plan provides to mobilize private investment for our business partners in the UAE.

During his visit VP Katainen's Emirati counterparts also encouraged him to consider enhancing bilateral economic cooperation between the EU and the UAE (in addition to the EU-GCC level) and as a result I am happy to say that in January 2018 the EU and the UAE signed a bilateral Cooperation Arrangement to boost relations in numerous fields, including education, transport, trade, enterprise, environment, health and consumer protection as well as research and innovation.

• How do you deal with the increased Chinese investments in Europe?

With the European Commission's proposal on the EU legal framework for screening of foreign direct investments (FDIs) into the European Union (it is currently discussed by EU Member States and European Parliament), EU wants to ensure that, while remaining open to foreign direct investment, its essential interests and critical assets should be protected by allowing the control of transactions that threaten security or public order.

The proposed Regulation of the European Parliament and of the Council which is not targeting China per se establishes an enabling, non-discriminatory framework for FDIs screening. The intention is essentially to increase transparency on FDIs coming into the EU and enhance cooperation on their screening amongst the EU Member States and with the Commission's active role.

• How do you see the economic situation in the Middle East?

It should be noted that 2017 marked the weakest real GDP growth in the Gulf region over the recent years. The marked slowdown reflected direct and indirect impacts of the fall in global energy prices, fiscal consolidation weighing on non-oil activity, and lower liquidity in the banking sector as government deposits were drawn down.

However, we believe that government introduced stimulus programs and some visible economic reform efforts are going to drive aggregate growth of the GCC up in 2018. For 2019 the outlook for oil exporters is even more positive as oil production cuts might expire and the major event of the EXPO 2020 is drawing closer.

All GCC members have developed in recent years the longer-term economic diversification plans to reduce their fiscal and external dependency on oil and aimed at raising private sector employment of the GCC citizens. The diversification of the GCC economies away from oil has progressed, as non-oil production and exports are reportedly growing and some progress has been made to diversify fiscal revenues, in particular in the Kingdom of Saudi Arabia and the United Arab Emirates. However, little has been achieved so far in raising labour market participation of nationals and increasing energy efficiency.

Export diversification will most likely only pick-up when exchange rates are less overvalued and skilled human resources are available at competitive wage levels. While the economic recovery from the oil price shock is clearly under way, the envisaged systemic transformation will take longer than most plans' horizons and need a more radical change in economic policies.

• What do you except in the 8th edition of the Annual Investment Meeting?

I am expecting an exciting event with the influential worldwide FDI thinkers and experts offering the latest investment intelligence. It is therefore a pleasure for me to address the participants in the session on harnessing globalisation as being one of the big challenges currently for international trade.

The EU wants to share its experience and approach in the implementation of trade and investment policies and I am keen to hear from other panellists and speakers the latest developments and forecasts for the future. This event will provide excellent opportunity to gather a collective intelligence with officials and policy makers as well as private investors and business leaders with the aim to enhance cooperation.

The EU considers investment as a critical factor for economic growth and jobs for all countries in the world. This is particularly the case in the EU, as its economy is heavily dependent on being open to trade and investments to create value- adding business and employment. In fact the EU is both the largest provider and destination of foreign direct investment in the world, measured by stocks and flows.

In particular, outward investment makes a significant contribution to the international competitiveness of European companies, whereas inward investments create jobs, boost trade and foster research and innovation making the EU in many countries even the foremost investor.

This data is very telling what importance investments have. The EU therefore is looking for interesting discussions, being part of the worldwide latest discussions also on sustainable growth and the latest technologies and innovations.

I expect high level discussions during the conference sessions as well as important networking with worldwide leaders meaning a lot of food for thought to bring back home from the conference.

• How much is the trade volume between the EU countries and the Gulf and specifically with the UAE?

EU's exports to Gulf Cooperation Council countries are diverse but focused on industrial products (91%) such as power generation plants, railway locomotives and aircrafts as well as electrical machinery and mechanical appliances.

• What is the value of the European Union’s trade with the UAE?

The UAE represent by far the biggest export market for the EU in the GCC region with exports amounting to EUR42 billion in 2017 and accounting for 2.3 percent of total EU exports. This means that UAE were the 7th biggest destination for EU products in 2017.

Total trade in goods between the EU and the UAE amounted to EUR52.6 billion. The most important goods in EU exports were: machinery and transport equipment (more than half), manufactured goods and chemicals.

The biggest share in imports from the UAE to the EU market have mineral fuels, lubricants and other related materials as well as manufactured goods.

The EU-UAE trade in services amounts to almost EUR15 billion.

There is a great potential to further increase our mutual trade both at the GCC level and bilaterally between the UAE and the EU. The efforts taken by the GCC countries with UAE in the lead to diversify their economies will lead to expansion of their export base and is likely to reduce the current trade deficit that the GCC has with the EU. Investment by the EU companies to the GCC will have a crucial role in this transformation process.