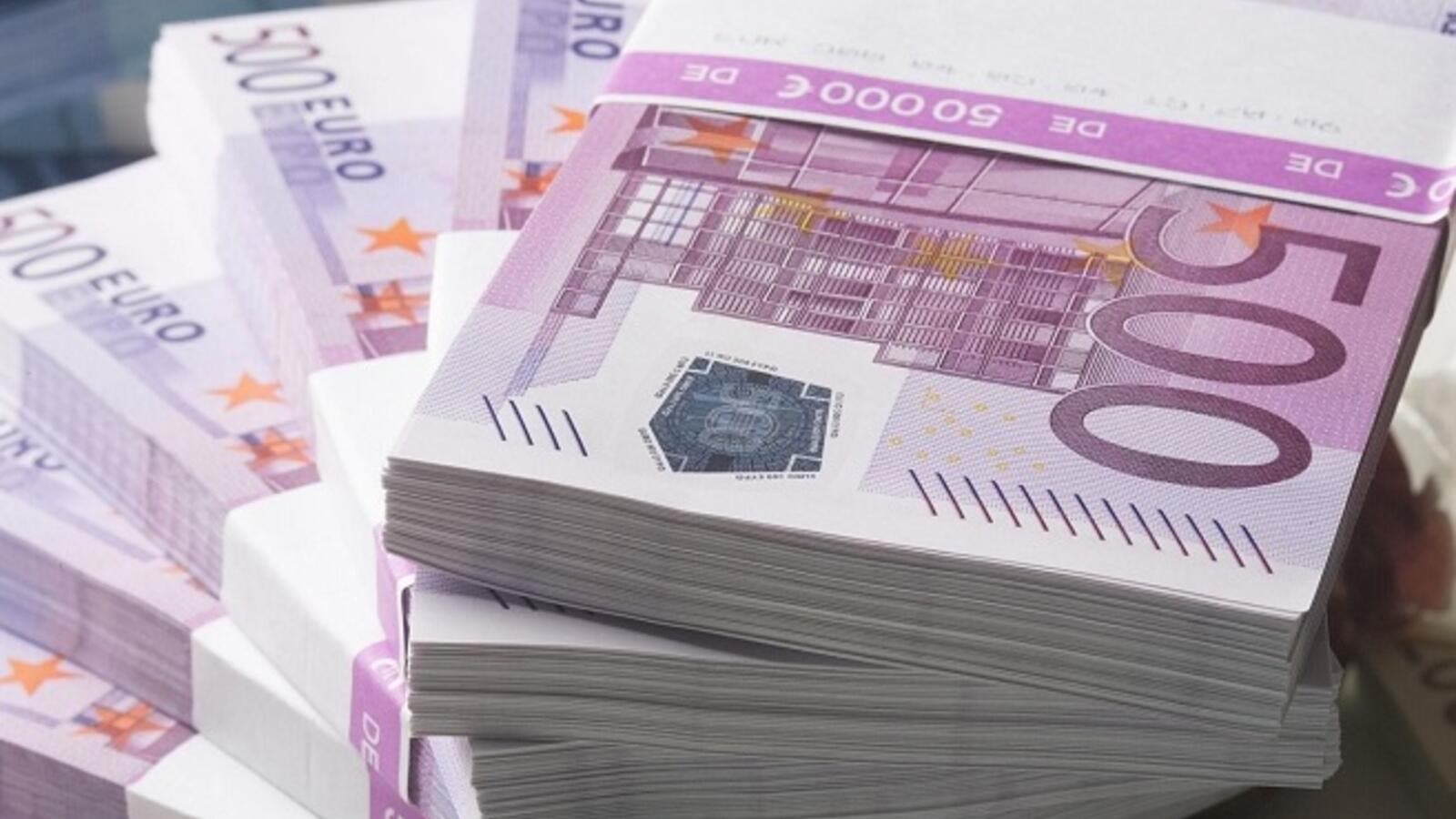 The total EU aid commitments to Egypt amount to over €1. 3bn in grants. (Shutterstock)

Namely, 40% of the European Union (EU)’s current aid portfolio for Egypt targets the field of economic and social development, said head of the European Union delegation to Egypt, Ambassador Ivan Surkoš, adding, “on the bilateral level of European Neighbourhood Instrument ENI, we have €107m funds dedicated to Egypt in 2018, whereas we have around €6.3m on other development instruments dedicated to Egypt in 2018.

This brings us to a total amount of €113.3m for 2018 regarding external assistance/development cooperation funds.”

Daily News Egypt sat down for an interview with Surkoš to talk about the EU’s diversified support to Egypt and his vision to the recent economic reforms. The transcript for which is below, lightly edited for clarity:

Would you please provide detailed information about overall volume of cooperation between EU, Egypt? How many projects being implemented, in which sectors?

Egypt is our most important neighbour in the Southern Mediterranean. Our relations are strategic, and they are developing considerably. The EU-Egypt Partnership Priorities adopted in 2017 aim at contributing to the wellbeing, improved living conditions, and stability of Egypt and the EU. Key elements to achieve these goals are inclusive sustainable development underpinned by inclusive growth and innovation, and effective and participatory governance based on the rule of law and the respect of human rights and fundamental freedoms.

Based on the EU-Egypt Partnership Priorities, the EU has adopted the EU Single Support Framework for Egypt 2017-2020, which foresees an indicative allocation of €432-€528m for our bilateral cooperation with Egypt, focused around three broad priorities, which are also aligned with the Egyptian Sustainable Development Strategy: “Economic modernisation, energy, and environment”; “Social development and social protection,” and “Governance, enhancing stability, and modern democratic state.”

As for the overall volume of our bilateral cooperation, the total EU aid commitments to Egypt amount to over €1. 3bn in grants. Notably, 40% of the EU’s current aid portfolio targets the field of economic and social development, including employment creation, 54% infrastructure (mainly related to renewable energy, water, and sanitation/waste management) and environment, and 6% dedicated to support improving governance, human rights, justice and public administration. The EU cooperation in Egypt is implemented through more than 200 ongoing contracts.

Let me also draw your attention to the fact that the figures I mentioned above concern only the bilateral cooperation. However, Egypt benefits as well from numerous EU regional and multinational programmes in various fields, including the Technical Assistance and Information Exchange instrument ( TAIEX) to facilitate and share EU best practices with partner countries, the EU Trust Fund for Africa aiming to foster stability and to contribute to better migration management, the Cross Border Cooperation (CBC), which supports sustainable development in EU neighbourhood countries, Horizon 2020 (H2020), and the Partnership for Research and Innovation in the Mediterranean Area (PRIMA).

Since scientific research is of great importance, I would like to speak briefly about H2020 and PRIMA.

H2020 is the largest multinational programme dedicated to research

and innovation. Under H2020, Egypt have participated in more than 30 projects. These projects cover collaborative research actions in areas of importance for the present and future of Egypt, including food and sustainable agriculture, environment and water management.

As for PRIMA, I am happy to say that Egypt has ratified the agreement we signed in October 2017 setting out the terms and conditions for Egypt’s participation in PRIM A. PRIM A will develop much needed solutions for a more sustainable management of water and agrofood systems, two areas of vital importance in Egypt, as well as in the Mediterranean region. The partnership currently consists of 19 participating countries: Algeria, Croatia, Cyprus, Egypt, France, Germany, Greece, Israel, Italy, Jordan, Lebanon, Luxembourg, Malta, Morocco, Portugal, Slovenia, Spain, Tunisia, and Turkey. As the initiative is evolving over time, more participants, from both the EU and non-EU countries, are expected to follow. The partnership will be financed through a combination of funding from participating countries (currently €274m), and a €220m contribution from the EU through Horizon 2020.

What about EU’s size of fund dedicated to Egypt in 2018?

On the bilateral level (European Neighbourhood Instrument ENI), we have €107m funds dedicated to Egypt in 2018, whereas we have around €6. 3m on other

What do you think about trade exchange between Egypt, EU in first half of current year?

We continue to be the biggest trade partner to Egypt. For years, the EU share of Egypt’s total trade has been around 30%. To my knowledge, the figures of the first half of 2018 have not yet been issued. However, comparing 2017 to 2016. EU share of Egypt›s trade increased 2.5% recording €28bn.

Agro exports increased 10% recording €1bn. Chemicals including fertilisers are the most exported commodities to EU, then fruits and vegetables such as orange, grapes, and strawberry

Egypt’s imports from the EU slightly decreased by 3. 5% recording €20bn.

What do you think of mega projects launched recently? How these projects will contribute to achieving an economic renaissance?

We recognise in the joint renewed strategic framework with Egypt, (the Partnership Priorities), the importance of national projects for the long-term socioeconomic development process of Egypt and is willing to assist in its successful implementation. The Suez Canal Zone is an example for such support. The EU contributed on advising the Suez Canal Economic Zone (SCZone) on regulatory framework, connectivity issues, and potential financing modalities for the infrastructure needed in the SCZone. The EU will continue to follow with our counterparts how the SCZone sees itself develop as a pilot for business environment reform and is willing to explore as well other different cooperation options for the development of the planned infrastructure in the SCZone, notably in partnership with European financial institutions, such as the EBRD and EIB, which are currently exploring possible projects and interventions.

The economic reform programme, as also expressed by the IMF and the donors’ community, is starting producing encouraging results. Signs of stabilisation are evident; for example, a GDP growth recovering, and international reserves that reached their highest level since 2011. The progress achieved so far is well expressed in the IMF Third Review Report, published in July. The review states that the strong programme implementation has been instrumental in achieving macroeconomic stabilization, with external and fiscal deficits narrowing, inflation and unemployment declining, and growth accelerating. Fiscal policy in 2018/19 will continue to aim at keeping the public debt on a declining path. Monetary tightening in 2017 has helped controlling inflation after the devaluation and fuel price hikes in 2016/17. Exchange rate flexibility was necessary and will remain critical to safeguard competitiveness and help cushion against external shocks.

Many of the economic reforms launched by the government have been tough, but were necessary. Before the currency float, Egypt’s external position was unsustainable; businesses could not operate because of foreign exchange shortages and a parallel black market for foreign currency existed. Egypt was losing competitiveness and the Central Bank was losing foreign reser ves. The liberalisation of the exchange rate contributed to strengthening competitiveness and raising gross international reserves, which reached a record level.

The ongoing energy subsidy reform and the reduction of subsidies on most fuel products by the end of 2019 will still be an important target to reach. Subsidies are by default not efficiently allocated and benefit most the rich than the poor. The recently approved automatic fuel price index- ation mechanism will help safeguard the budget from unexpected changes in the exchange rate and global oil prices, and ensure that fiscal resources are available to support the most vulnerable. As for taxation, I praise the efforts of the authorities to revise the tax policy and modernise the tax administration. Tax certainty and a fair taxation system for businesses and citizens are fundamental.

I would like to stress here that the EU is supporting Egypt to overcome the economic challenges. I already mentioned before the volume of our development cooperation and the money allocated for the years 2017-2020, which are grants. But let me focus on what we do to enhance Egyptian exports.

The EU is supporting the recently established Export Development Authority (EDA), within the Ministry of Trade and Industry, which focuses on coordinating institutional, technical, and financial support to exporters, with a special focus on SMEs.

Furthermore, we supported the Ministry of Trade and Industry to develop a Trade and Industrial Development Strategy, which was launched in November 2016.This strategy will offer to the Egyptian industrial sector a road map to grow and develop its exports. This is further complemented through developing sectorial strategies, in sectors such as chemicals and building materials, handicrafts, food, textiles, and readymade garment.

We all hear that sometimes Egyptian goods face difficulties entering the EU market. The way out is harmonising of standards for industrial products. To help Egypt deal with this challenge, the EU has implemented a programme to strengthen the Egyptian Organisation of Standards (EOS), and related agencies, to improve the quality of exports to be able to better compete in the EU markets. In this context, three twinning projects were completed in 2017 and contributed to strengthening the Egyptian National Institute of Standards, the Egyptian Accreditation Council, and the Egyptian Organisation of Standards. These projects are steps on the way to harmonise the quality infrastructure in Egypt; meaning systems applied to assess and accept quality specs of industrial products.