Who of us haven't heard of the prestigious cosmetic empire, Estée Lauder? But how many of us actually know that a self-made woman had co-founded and led the today renowned business from day one?

Estée Lauder (July 1, 1906 – April 24, 2004) was an American businesswoman. She co-founded her eponymous cosmetics company with her husband. She is only woman on Time magazine's 1998 list of the 20 most influential business geniuses of the 20th century. #WomensHistoryMonth2021 pic.twitter.com/hGspWaDITA

With numerous product lines for both men and women, US-based Estée Lauder has been amongst the most popular brands around the world, one that can be hard to afford for many people. However, the story behind the woman who created this brand and gave it her name is not that acknowledged.

1. Estée Lauder was born in Queens, New York on July 1st, 1906 to a Jewish family of eight kids that arrived from Czech and Hungary to the US in 1898. Her name was Josephine Esther Mentzer.

2. Her narratives of her family's history have always stirred controversies, as she had been accused of "glossing the family's history," saying that her mother was a noble from Vienna and that she grew up in a Long Island modern house with drivers and nurses. However, most reports suggest that she grew up in the not-so-glamourous Corona neighborhood that was mostly inhabited by Italian Americans at that time.

3. Early reports of her life describe her love for beauty, as she loved brushing and styling her mother's hair.

4. In her teenage years, the cosmetic pioneer started her professional life as a successful saleswoman promoting skin creams made by her chemist uncle, Dr. John Schotz who had founded New Way Laboratories company. Her uncle had taught her the basics of skin care and skin massages.

5. Her brilliance in marketing beauty products had helped her secure other jobs, representing other cosmetic brands and selling their products to beauty salons across New York.

#palmBeach #royalty Mr. and Mrs. Joseph P Lauder (Estee Lauder) on one of their many voyages abroad. pic.twitter.com/gScvSXzCe1

6. In 1930, she married garment businessman Joseph Lauder, but the couple split in 1939, six years after the birth of their first son. The couple remarried 3 years later and had a happy marriage.

7. In 1945, Estée and her husband rented a kitchen at a non-functioning restaurant and began developing beauty products.

8. Following the success of their products, the couple founded their first company in 1946, calling it after Estée.

9. A year after their business began, Estée Lauder received its first major order from Saks Fifth Avenue. The $800 worth of products flew off the shelves in the span of two days, marking the beauty innovator her first professional break.

10. Estée Lauder coined the free gift with every purchase strategy across her growing store chain.

11. In 1953, she created her signature Youth Dew product line featuring the well-known bath oil and perfume, which quickly became a major hit.

12. During the 1960s, the Estée Lauder brand went international and its men's Aramis line and Clinique were launched.

"Titan of the cosmetics industry, who convinced generations of women her beauty creams were 'jars of hope' in their quest for the eternal look of youth." pic.twitter.com/FfHt31zZ6r

13. Estée Lauder resigned as president of the company in 1973 but remained the company's chairman of the board. 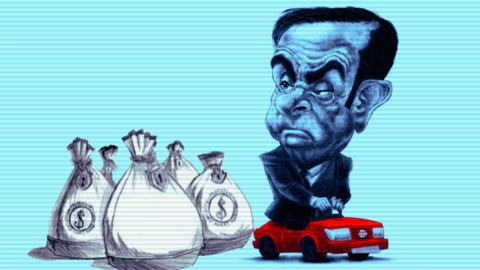 14. In 1983 and upon the death of her husband, Estée founded the Joseph H. Lauder Institute of Management and International Studies at the University of Pennsylvania.