Published May 18th, 2021 - 01:30 GMT
Sanofi will be hoping its vaccine can join the other jabs currently available in the European Union after being approved by the European Medicines Agency, a list that currently comprises AstraZeneca, Moderna, Pfizer and Johnson & Johnson. (Shutterstock)

The French pharmaceutical company Sanofi reported positive results from a trial of its COVID-19 vaccine on Monday, which has been hit by several months of delays.

Developed with Britain’s GlaxoSmithKline, the interim phase 2 results showed the jab “induced the production of high concentrations of neutralizing antibodies in adults of all ages, at levels comparable to those observed in people who had recovered from a COVID infection," the laboratory said in a statement.

The European Union signed a deal with Sanofi for millions of doses of its vaccine, but the first study on its effectiveness on humans concluded at the end of 2020 that the immune response was insufficient.

The company had to push back its planned launch to the fourth quarter of 2021, whereas it had initially planned for the middle of the year.

Phase 3 trials will begin in the coming weeks, the company said, the final stage needed before asking for authorization for the vaccine to be rolled out. The next stage of trials will study its effectiveness against the Wuhan and South Africa variants. 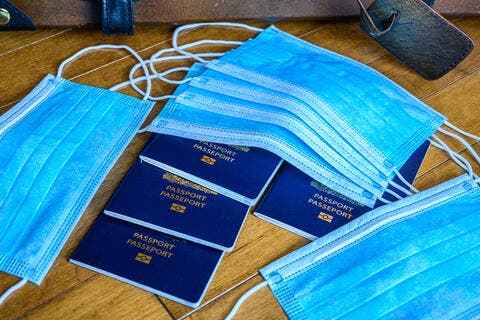 Opinion: The World Must Embrace The Vaccine Passport

Interim results showed the jab produced antibodies in 95% to 100% of cases following a second dose, in all age groups.

For those who previously had been infected with COVID-19, a single dose generated high concentrations of antibodies, "underscoring the strong potential value of its development for booster vaccination" the company said.

Sanofi will be hoping its vaccine can join the other jabs currently available in the European Union after being approved by the European Medicines Agency, a list that currently comprises AstraZeneca, Moderna, Pfizer and Johnson & Johnson.

The Sanofi jab in this trial was a protein-based vaccine candidate, but the company is also developing a second one with the American company Translate Bio, based on the more recent messenger RNA technology — used in Pfizer and Moderna's vaccines.

Earlier this year Sanofi began producing as many as 12 million doses of Johnson & Johnson's COVID-19 vaccine at its plant near Lyon.