What Can Arab Countries Do to Bridge the Gender Pay Gap?

Last November, the UN announced marking the 18th of September of every year as the International Equal Pay Day, in an effort to shed light on the existing gap between what men and women with the same qualifications and daily tasks make around the world and what needs to be done to bridge this gap. 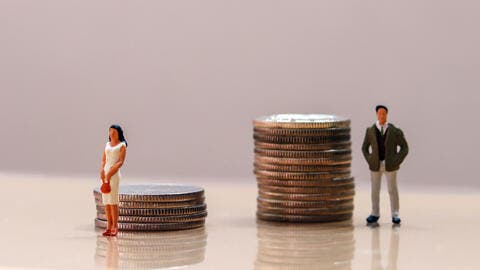 How Does Gender Discrimination Hinder Arab Women's Progress In The Workplace?

According to a UN report, women around the world still make 23% less money than their male counterparts, which means that even in the 2020s and after decades of laws around the world granting women the rights to education and work, women have yet to fight for their right to equal pay.

Not fixing the gender pay gap has economic consequences.

Join us on 18 Sep, the first International #EqualPayDay to speak up for equal pay for work of equal value!

For many years, experts have been discussing the main reasons behind this persistent phenomenon in every culture around the world, including the strong presence of patriarchy even in the most liberal societies. Other reasons can be traced to the fact that women are still underrepresented in the labor market despite the growing number of women involved in different sectors.

Even though the Global Gender Gap Report 2020 warns that gender parity will not be attained for 99.5 years, it celebrates Iceland, Norway, Finland, Sweden, and Nicaragua for being the top countries in terms of closing the gender gap between the two genders. However, no country around the world has achieved a ranking higher than 80% by 2020.

In the MENA region, greater space is needed for this conversation, as all countries of the region come at the very end of the list of countries that are working actively to bridge the gender pay gap.

The UAE heads Arabic-speaking countries even though it comes in the 120/153 rank. Kuwait and Tunisia seem to have put similar efforts to that of the UAE during 2020. However, 7 out of the 10 countries with the weakest performance as per the study area in the MENA region: Morocco, Oman, Lebanon, Saudi Arabia, Syria, Iraq, in addition to Yemen that came in last.

Businesses are failing to make gender pay gap action a priority, according to new research. The Leaders Plus Fellowship enables employers to address issues around the gender pay gap. Get in touch now to discuss how we can help. https://t.co/eUvbi9HusY #leadersplus pic.twitter.com/rSYcHpTe5x

Moreover, women continue to be ignored when it comes to leadership positions in our part of the world, according to the 2020 McKinsey report which revealed that women make up only 6.8% - 10% of senior managers across Egypt, KSA, and the UAE.

The lack of progress in terms of closing this gap is mostly attributed to unchanging regulations in most Arab countries, despite the growing number of women in workplaces.

Last September, the UAE issued a new law that enforces equal pay between the genders in both the public and private sectors, requiring employers to pay both men and women who perform the same tasks the same financial wage.

In August 2021, Independent Arabia published a new report that showed persisting gender pay gap between Saudi men and women, explaining that the gap ranged between 39% and 48% in different parts of Saudi Arabia. The same report highlighted a different reality when it comes to non-Saudi women working in the kingdom, revealing they made about 95% more money than non-Saudi men in the country.

In September 2020, Tunisia joined the Equal Pay International Coalition (EPIC), in an attempt to show the government's commitment to policies that promote equal pay for both men and women in the country.

In Jordan, the 2019 Annual Statistical Report revealed that men make more than $80 on average than their female counterparts, despite the 2nd article of Jordan's 1996 labor code that imposes a US$ 700 – 1400 penalty on employers who discriminate in payment of wages between employees because of gender. 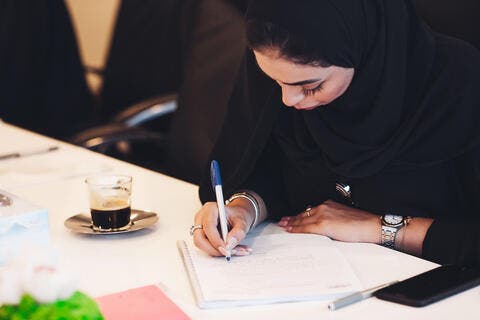 What Does "Equal Pay" In the UAE's Private Sector Mean?

Globally, the gender pay gap stands at 16%, meaning women workers earn an average of 84% of what men earn. For women of colour, immigrant women and women with children, the difference is even greater. #equalpay pic.twitter.com/EWVNUCjRr3

While Arab states have yet a long way to achieve higher results in terms of equal pay for genders, they can study the different changes that took place in countries that have been able to lead the world on this matter, especially the Nordic countries mentioned earlier.

Iceland has been impressing the world, despite the non-perfect results, ever since its 2018 law which imposed strict regulations that force every business with more than 25 individuals to show proof of equal pay for men and women hired.